Indian skipper Virat Kohli (85 batting) waged a lone battle to lift the struggling visitors to 183 for five in their first innings on the second day of the second cricket Test against South Africa at the SuperSport Park here on Sunday. Credit: IANS
2 of 7

The flamboyant Delhi right-hander hit eight fours in his unbeaten 16th half-century in Test cricket after India bowled out the hosts for 335 in their first innings in the morning session. Kohli and Hardik Pandya (11 batting) were at the crease as the umpires called for the end of day's play with India still 152 runs in arrear. Credit: IANS
Advertisement1
3 of 7 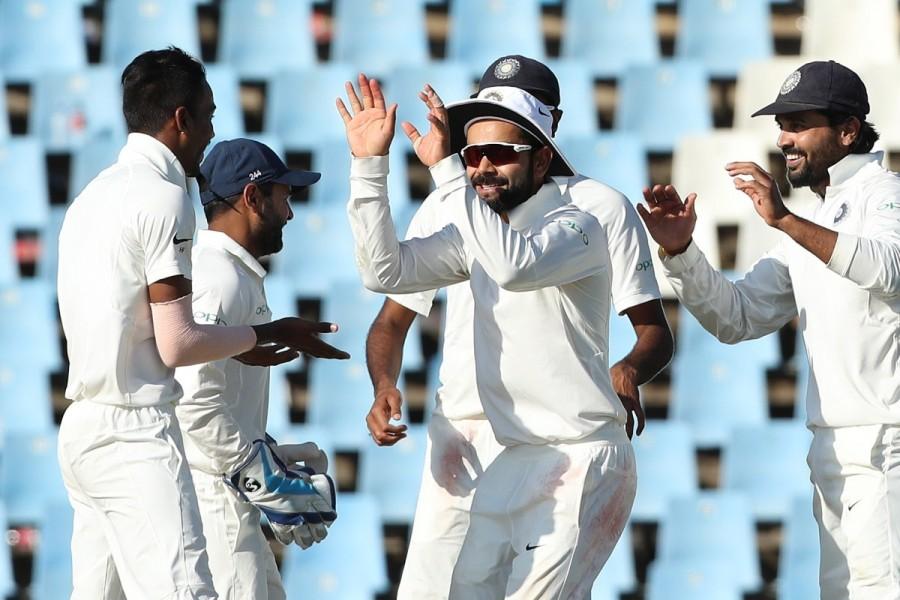 Earlier in the day, South African captain Faf du Plessis' 63 drove the hosts to 335. He registered his 17th fifty in Test cricket as South Africa added 66 runs to their overnight score of 269/6. Du Plessis, who was unbeaten on 24 on Saturday, drove the hosts forward in the morning even though he didn't get convincing support from the other end. His judicious shot selection helped him negotiate the Indian bowlers. Credit: IANS
4 of 7 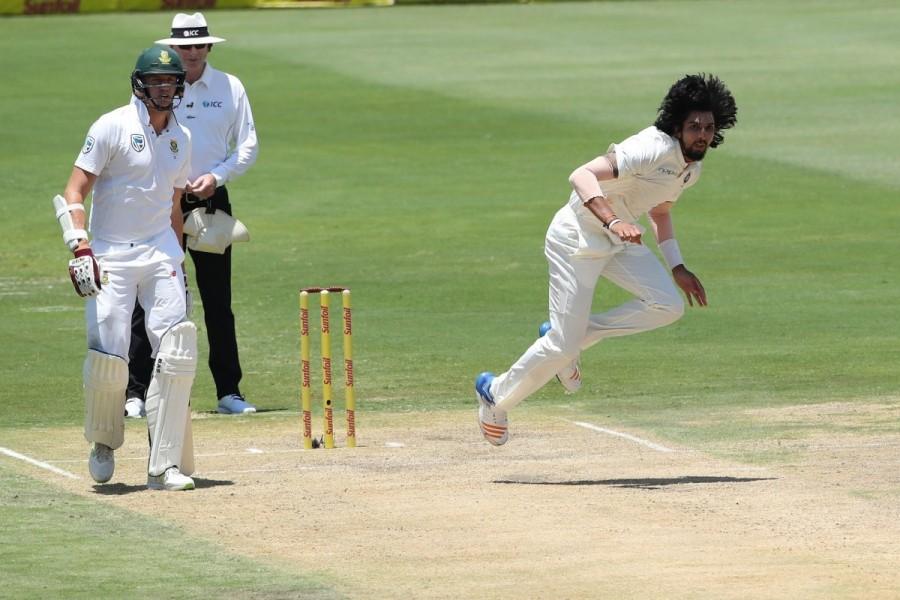 Seamer Mohammed Shami removed overnight batsman Keshav Maharaj (18) early. He edged to wicket-keeper Parthiv Patel. It was Shami's 100th Test wicket in 29 matches. He became third quickest Indian fast bowler to pick 100 wickets behind Kapil Dev, who did it in 25 Tests and Irfan Pathan (28). Kagiso Rabada (11) hooked a rising delivery from Ishant Sharma for a catch to Hardik Pandya who had to run forward from deep square leg. But South Africa had already reached 324/8 by this time thanks to du Plessis. Credit: IANS
5 of 7 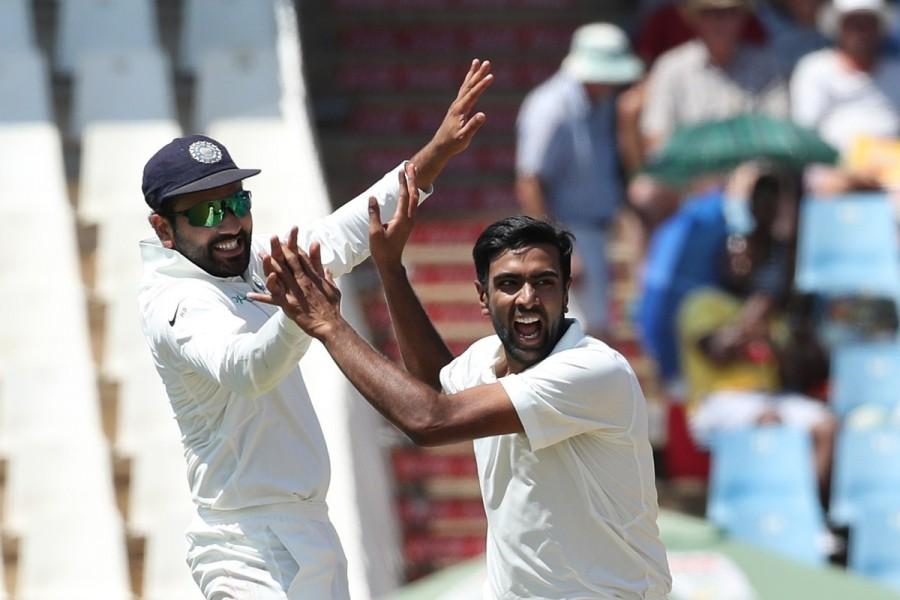 Du Plessis, later, missed the line of an Ishant delivery as the ball crashed his stumps to fall the ninth wicket of the hosts. Morne Morkel swivelled one full-toss from off-spinner Ravichandran Ashwin to the hands of Murali Vijay at deep cover to bring an end to the first innings of South Africa. Morkel's was Ashwin's fourth wicket of the innings. The beginning of India's reply was not good. At the score of 28, India lost Lokesh Rahul (10) and Cheteshwar Pujara (0) in an over from Morne Morkel. Credit: IANS
6 of 7 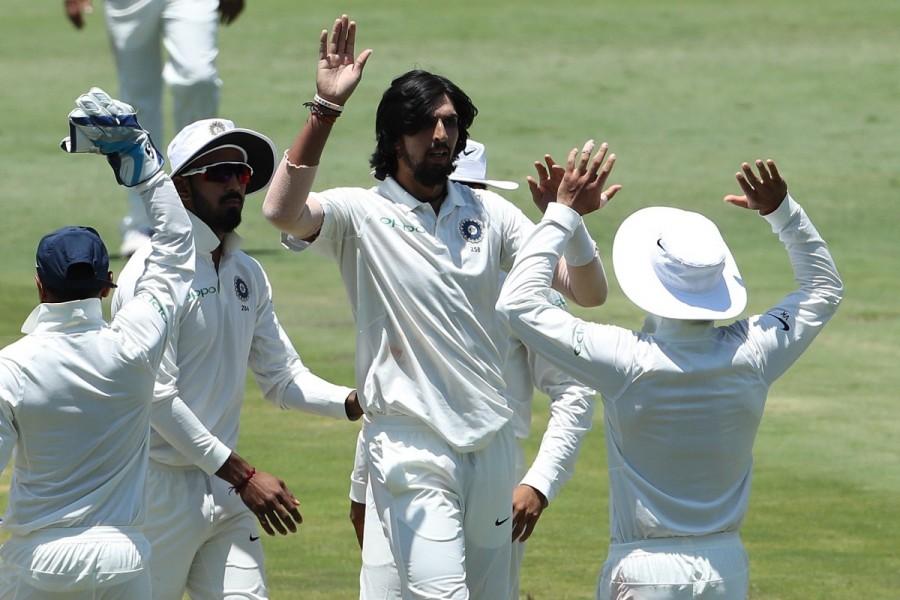 While opening batsman Rahul gave a return catch to Morkel following a soft drive, Pujara ran himself out as he hurried for a run on the first delivery he faced. Debutant Lungi Ngidi's direct throw from mid-on caught Pujara short of the crease and India received a big blow. In walked Kohli and there began the damage-repair work. Kohli and Murali Vijay (46) put together a third-wicket stand of 79 runs. Credit: IANS
7 of 7 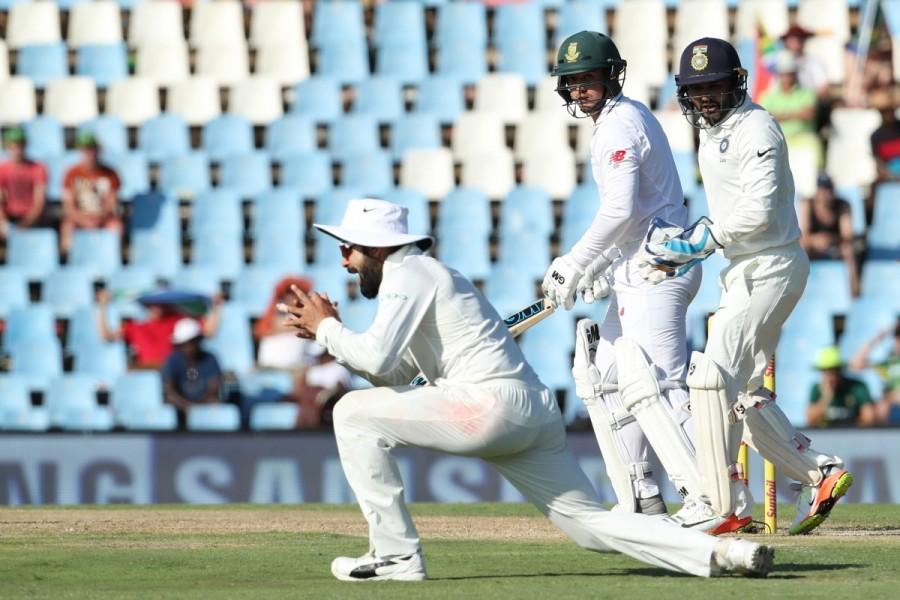 Kohli reprimanded for hitting chair with his bat, as breach of IPL code of conduct
Advertisement
Latest Gallery