Beginning the day 384 behind with nine wickets in hand and needing to bat about five sessions to save the Test, Sri Lanka failed to step up to the pressure and folded up inside the tea session on the fourth day at the Vidarbha Cricket Association Stadium. Captain Dinesh Chandimal (61) waged a lone battle as shared a 58-run stand for the eight wicket with Suranga Lakmal (31) to delay the inevitable. Indian bowlers hunted in packs, with all of them getting into wickets column. Off-spinner Ravichandran Ashwin (4/63), left-arm spinner Ravindra Jadeja (2/28), pacers Umesh Yadav (2/30) and Ishant Sharma (2/43) were all over the Sri Lankan batsmen. Credit: IANS
2 of 5

Ashwin, following his four wickets, became the fastest bowler to take 300 wickets in Test history. The 31-year-old, who bagged eight wickets in the Test, achieved this feat in 54 matches, surpassing the record of Australia's Denis Lillee, who achieved the milestone in 56 Tests. Ashwin also became the fifth Indian to claim 300 wickets. After India declared their first innings on a mammoth 610/6 on Sunday, taking a 405-run lead, it was always going to be tough for the visitors, who have an inexperienced batting line-up in the five-day format. They had lost opening Sadeera Samarawickrama (0) before stumps on Sunday. Credit: IANS
Advertisement1
3 of 5 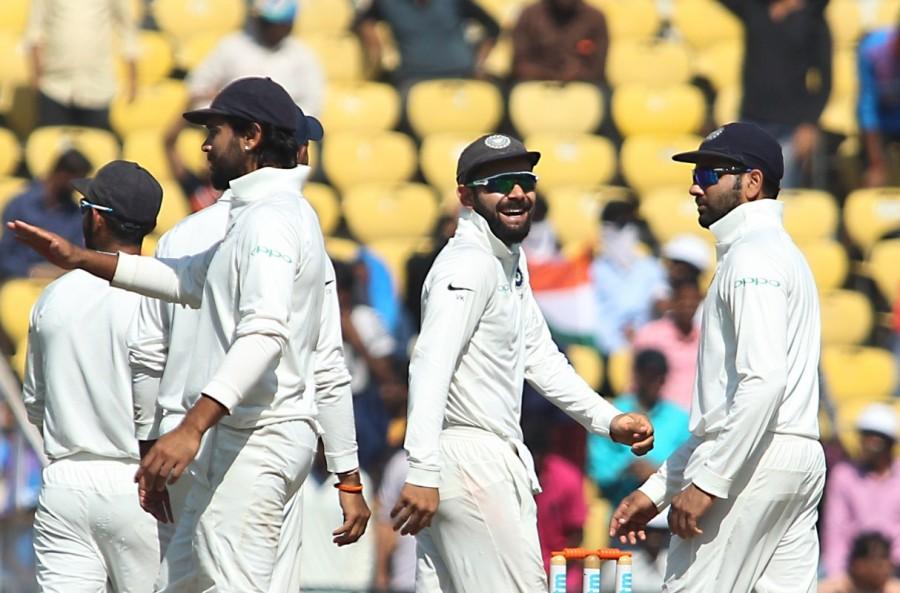 On Monday, resuming the play at 21/1, Sri Lanka kept losing wickets at regular intervals. Two overnight batsmen Dimuth Karunaratne (18) and Lahiru Thirimanne (23) lacked patience in the morning. While Karunaratne was caught by Murali Vijay at short leg off left-arm spinner Ravindra Jadeja in the seventh over of the session, Thirimanne sliced a wide delivery from paceman Umesh Yadav to Jadeja at backward point, to leave the tourists at 48/3. Sri Lankan hopes were further dashed when former captain Angelo Mathews played Jadeja straight into the hands of Rohit Sharma at mid-off. Credit: IANS
4 of 5 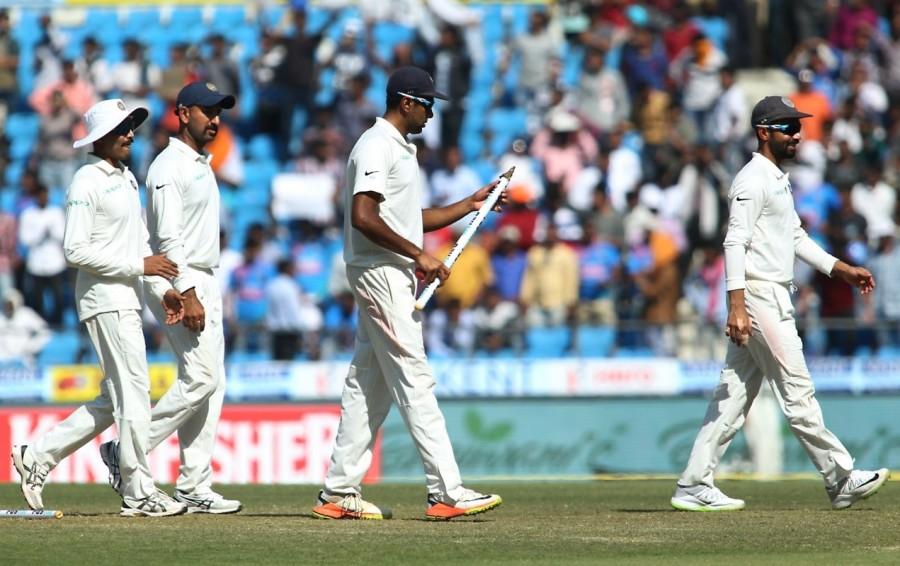 Wicketkeeper-batsman Niroshan Dickwella could only manage an outside edge to a rising delivery from Ishant as he guided the ball to Virat Kohli, who took on the second attempt at slip to leave Sri Lanka reeling at 75/5. Later, Ashwin did his magic, removing Dasun Shanaka (170, Dilruwan Perera (0) and Rangana Herath. The off-spinner got good purchase from the fourth day pitch that offered spin and bounce. Chandimal continued his battle as he stroked his way to his 14th fifty in Test cricket. He was unbeaten on 53 from 62 deliveries. Credit: IANS
5 of 5 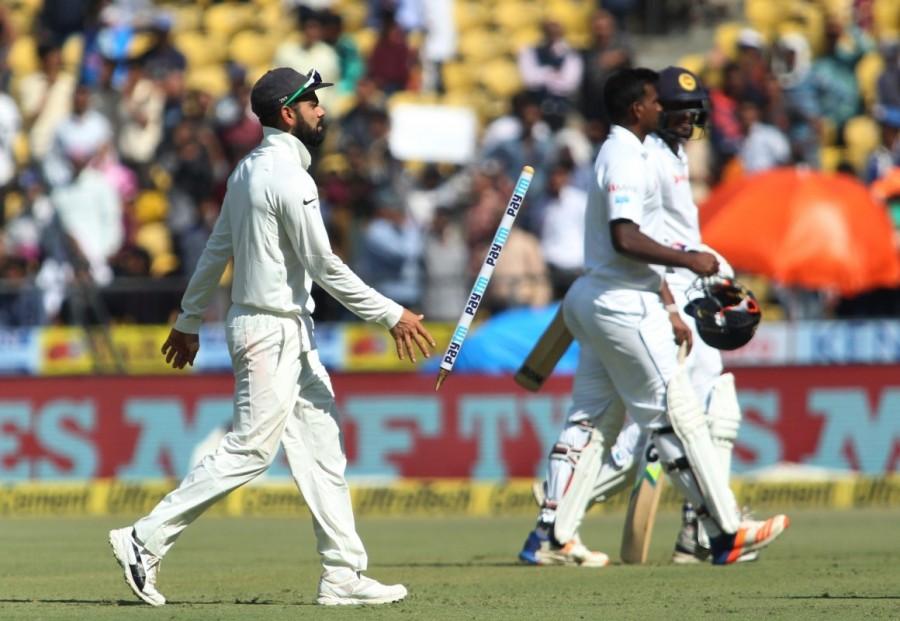 When B-town celebs lit candles, diyas as symbol of hope during COVID-19 [Throwback]

Anushka Sharma and Virat Kohli name their lil angel Vamika: Their lovely family pic is the best thing you'll see on the internet