Ind vs WI, 1st T20I: Karthik, Kuldeep guide India to five-wicket win over West Indies India pipped a fighting West Indies by five wickets riding on chinaman bowler Kuldeep Yadav's venomous stuff backed up by some responsible middle order batting display after early hiccups in the first of the three T20 Internationals here on Sunday. Yadav (3/13) and debutant left arm orthodox spinner Krunal Pandya (1/15) spun a web around the West Indies batsmen in a joint spell of eight overs as the visitors were restricted to 109/8 after Indian stand-in skipper Rohit Sharma opted to field at the Eden Gardens. The Indians lost early wickets, but Dinesh Karthik (31 not out; 34 b, 3x4, 1x6), Pandya (21 not out; 9b, 3x4) saw the home side through with 13 balls to spare in the low scoring tie. Credit: Twitter/BCCI
2 of 5

Ind vs WI, 1st T20I: Karthik, Kuldeep guide India to five-wicket win over West Indies It was a memorable night for Yadav, who was not only adjudged man of the match, but also reached the landmark of 100 wickets in the T20 format when he got his third victim by getting West Indies skipper Carlos Brathwaite leg before. The Indian reply began on a wrong note, with the big wicket of stand-in skipper Rohit Sharma (6) falling, only six balls into the innings. Debutant pacer Oshane Thomas (2/21) sent down a delectable stuff and took Sharma's inside edge. Dinesh Ramdin took the diving catch to his left behind the stumps, much to the dismay of the 40 thousand plus spectators, who had hoped to see another cracker of a knock from the Mumbaikar on his favourite ground. Credit: Twitter/BCCI
Advertisement1
3 of 5 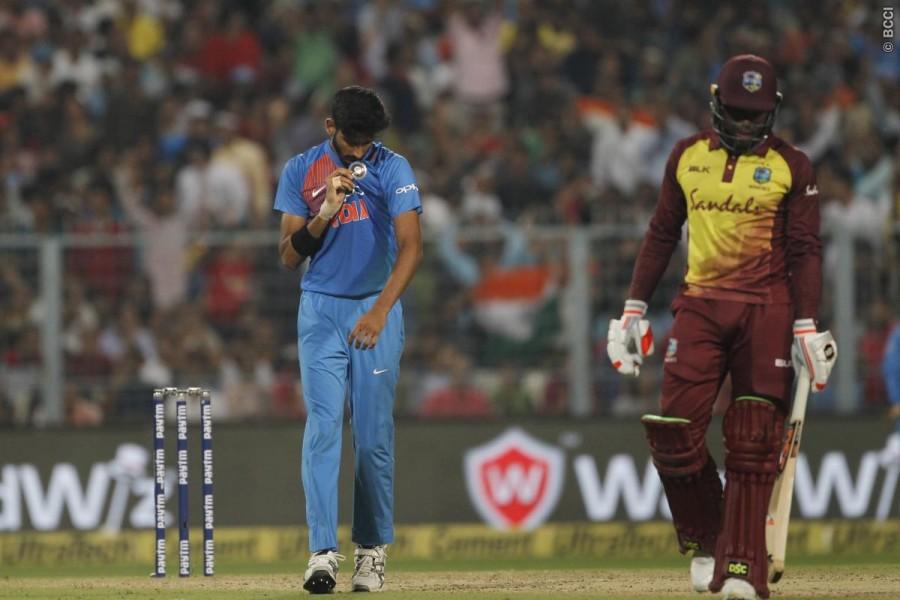 Ind vs WI, 1st T20I: Karthik, Kuldeep guide India to five-wicket win over West Indies There was high drama as the umpire initially remained unmoved by the vociferous appeal from the Caribbeans, but changed his decision after Brathwaite went for a review, that confirmed an inside edge. Thomas got another breakthrough in his next over. This time the victim was the other opener Shihar Dhawan(3), India were 16/2. Brathwaite then saw the back of Rishabh Pant (1), as the youngster went for a slog, but only managed an inside edge staright to the Darren Bravo at point. K. L. Rahul (16; 22b, 2x4)also returned to the hut in Brathwaite's next over. The Indian batsman perfectly executed a pull shot, but was devastated to find it finish in the hand of Bravo again at deep square leg. Manish Pandey and Dinesh Karthik then retrieved the situation with a 45-ball 38, as they handled the pressure admirably after taking their side to 54/4 at the halfway stage. Credit: Twitter/BCCI
4 of 5 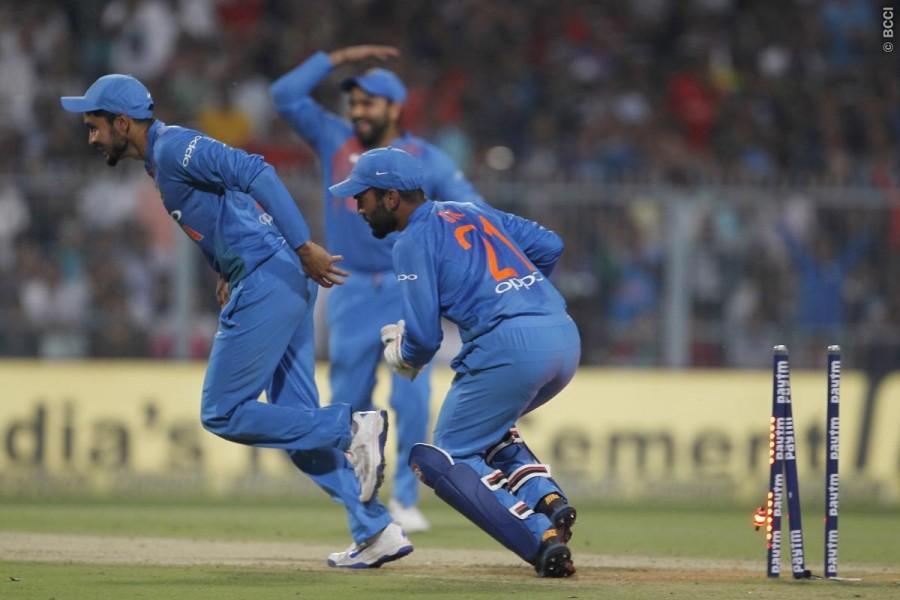 Ind vs WI, 1st T20I: Karthik, Kuldeep guide India to five-wicket win over West Indies But just when it seemed India were on course to wrapping up the game, left arm spinner Khari Pierre got rid of Pandey (19; 24b, 2x4) with a caught and bowled effort. However, Karthik: and Krunal Pandya (19 not out) took charge at the that stage. Pandya played a cameo, and the duo steered the side to victory in 17.5overs. Earlier, chinaman bowler Kuldeep Yadav and debutant Krunal Pandya spun a web around the West Indies batsmen in a joint spell of eight overs. The Windies were reduced to 34/3 in seven overs when Pandya -- who had misfielded in only the second ball of the innings -- was brought in. Credit: Twitter/BCCI
5 of 5 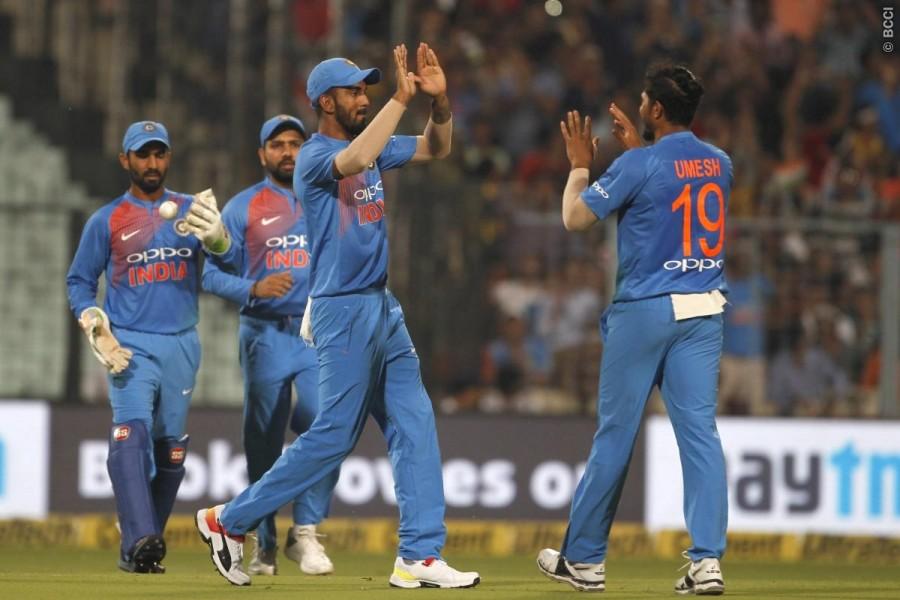