Disciplined Indian bowling dismissed world top-ranked ODI team South Africa for 191 runs in 44.3 overs despite a good start from the latter at The Oval. India chased down the target in 38 overs with eight wickets to spare and entered the semi-finals of the Champions Trophy for the fifth time. This win took India's points tally to four points, while South Africa, with only two points from three matches, were eliminated. Credit: IANS
2 of 5

In the semi-finals, India will meet Bangladesh on June 15. The other semi-finalist from Group B will be the victor of Monday's match between Pakistan and Sri Lanka -- both have two points each. The winner will meet England in the other last-four contest. The match between India and South Africa was a must-win for both. In the big match, while India delivered under pressure, South Africa wilted in the testing situation. Opener Quinton de Kock was the highest scorer for South Africa with 53 runs from 72 balls. Pacers Jasprit Bumrah and Bhuvneshwar Kumar bagged two wickets each to get the plaudits. Credit: IANS
Advertisement1
3 of 5 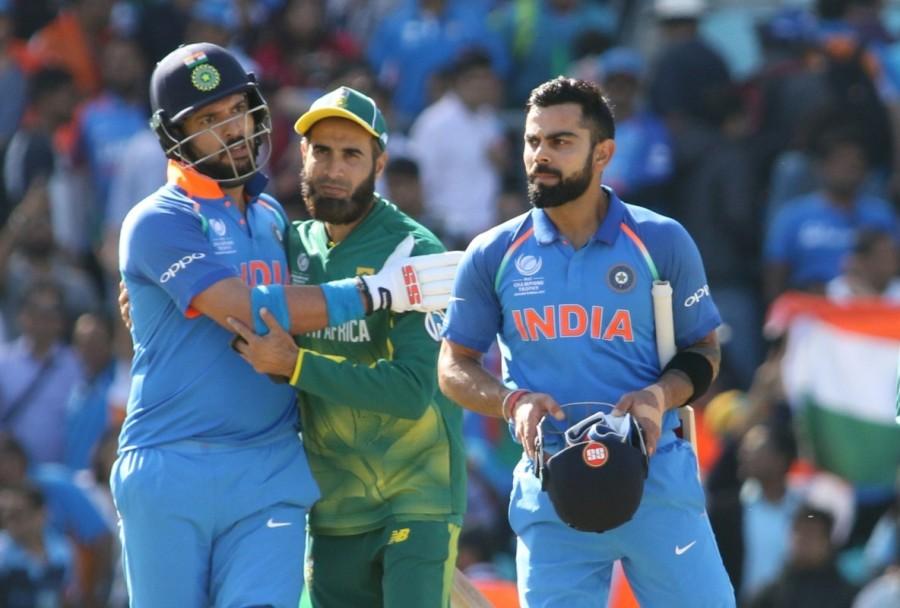 Asked to bat, South Africa were off to a slow but steady start with openers de Kock and Hashim Amla (35) adding 35 runs in the first 10 overs. They jacked up the run rate in subsequent overs as the Indian bowlers struggled to get going. Star off-spinner Ravichandran Ashwin got the break-through for India when Amla mistimed a cut and Mahendra Singh Dhoni displayed lighting quick reflexes to glove the top edge. The opening partnership of 76 runs came off 17.3 overs. Credit: IANS
4 of 5 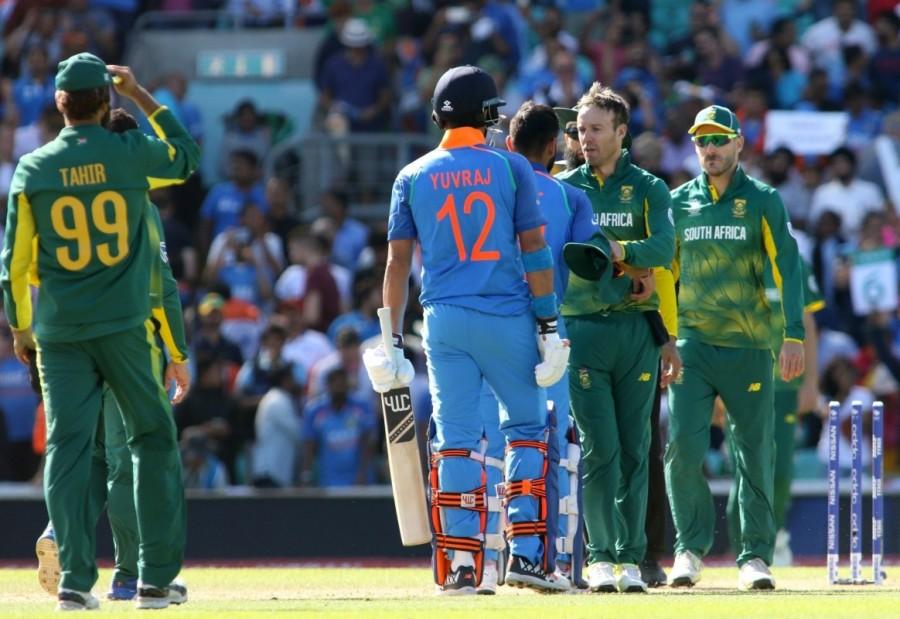 Faf du Plesis (36) joined Quinton in the middle and they made 40 runs in 41 balls. Ravindra Jadeja struck the second blow for India when he knocked back Quinton's off-stump. Quinton's dismissal saw the Indian bowlers starting to dominate proceedings as the rest of the South African batsmen displayed poor shot selection at times. Two quick run-out dismissals -- of AB de Villiers (16) and David Miller (1) in the 29th and 30th overs, respectively -- saw South Africa reduced to 142/4. De Villiers was run out when he ran for a single for du Plessis but a throw from Hardik Pandya at the wicket-keeper caught him short of the crease. The second dismissal was a clear case pf pressure resulting in confusion as both Miller and du Plessis ended at the wicket-keeper's end after the former hurried for a run when the latter hit one straight into the hands of Bumrah at short third-man. Credit: IANS
5 of 5 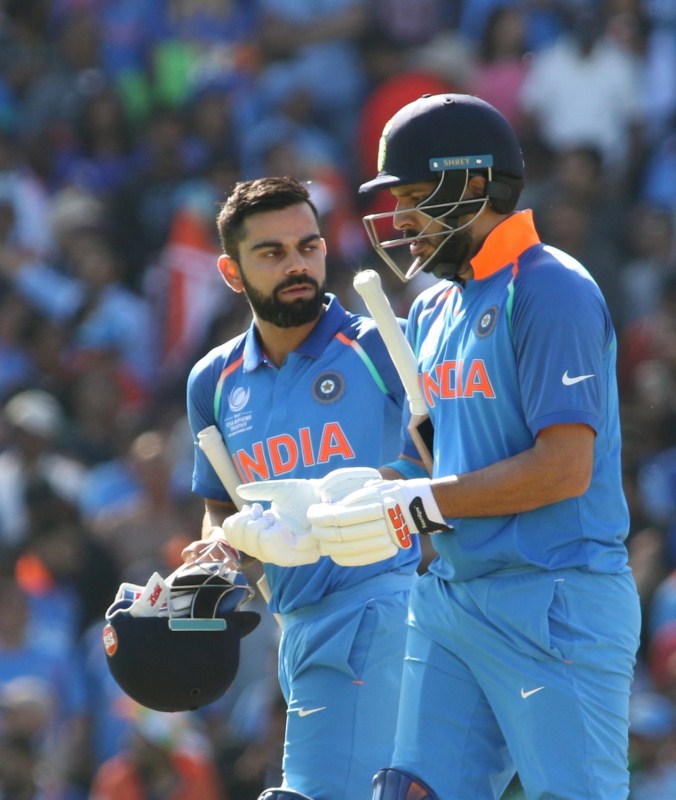 Later, Bumrah accounted for Chris Morris (4) and Andile Phehlukwayo (4), while Bhuvneshwar removed Kagiso Rabada (5) and Morne Morkel (0) to floor the South Africans. The target of 192 was not one that much bothered India. Shikhar Dhawan continued his fine run in the tournament with a 78, while Virat Kohli remained not out on 76. After opening batsman Rohit Sharma (12) fell to paceman Morkel, Dhawan and Kohli shared a second-wicket stand of 128 in 24.3 overs to hand India a comfortable victory. Yuvraj Singh contributed an unbeaten 23 towards late in the chase. Credit: IANS
Advertisement
Related Articles
Advertisement
Latest Gallery