Ahead of Soorma's release actor Diljit Dosanjh visited Sandeep Singh's hometown Shahabad to take the family's blessings. Diljit went to Shahabad and met Sandeep's family and also visited the hockey turf where the hockey legend does his practice. Actor Diljit Dosanjh who visited Sandeep Singh's hometown Shahabad yesterday met his family before the film's release and got a gift from Sandeep Singh's father which is very close to Sandeep's heart. The hockey stick which is gifted to the actor is the same stick which was with Sandeep while he was accidentally shot with a bullet and it was with him throughout the period when he was paralyzed. It was an emotional moment for the whole family when Sandeep Singh's father gifted the stick to the actor.
2 of 6

Diljit uploaded a picture with Sandeep's family and wrote, "SOORMA RELEASING WORLDWIDE 13th July #Shahabad Markandha @flickersingh". Soorma is a story inspired by a real story and director Shaad Ali has tried to keep it as real as possible.
Advertisement1
3 of 6 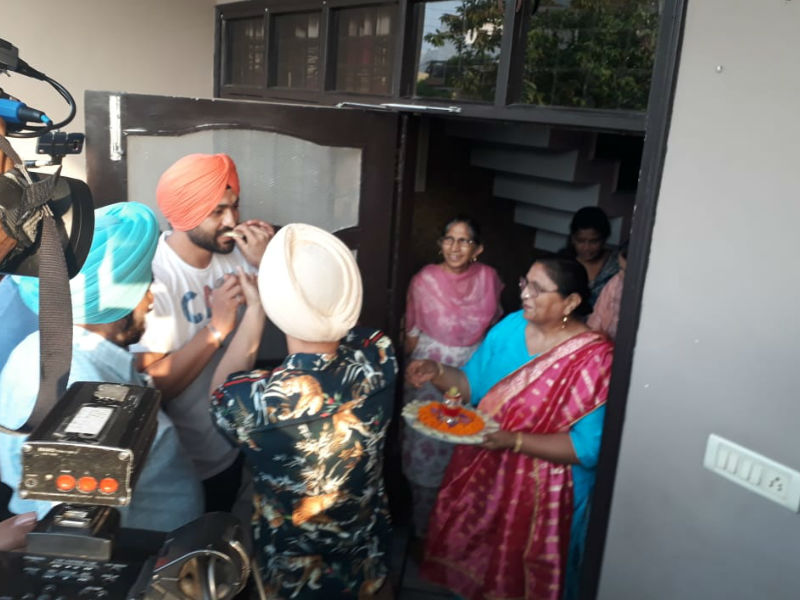 Sandeep Singh was shot with a bullet while he was traveling in the train 12 years ago, after which the hockey player was paralysed for 2 years. But his determination and love for the game brought him back and he won several medals for our country. The film has been shot in his hometown Shahabad to capture the real essence of his struggle and the journey to become the hockey legend.
4 of 6 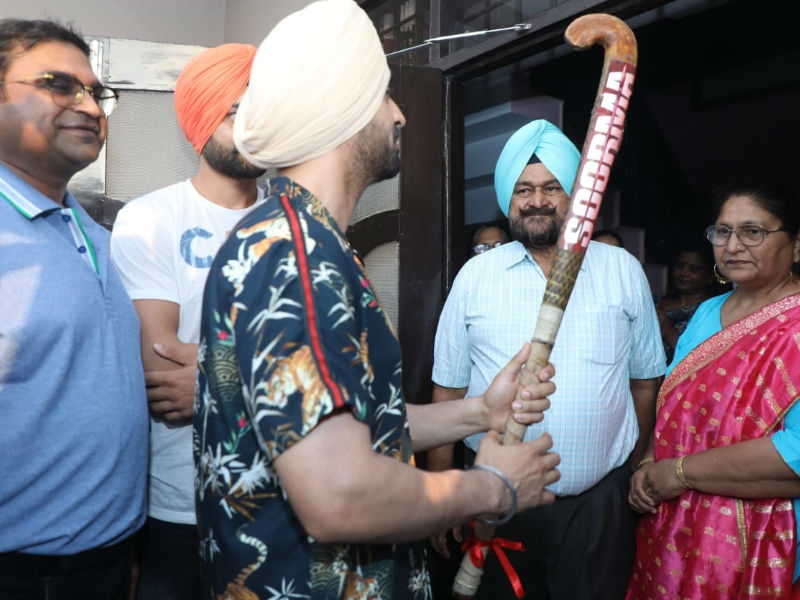 The trailer of the film had garnered immense appreciation from across the audience. It is an inspiring true story of the human spirit, about a player, who made headlines for his miraculous comeback after an unfortunate accident. It is a lesser known fact that, Sandeep Singh has been hailed as one of the world' most dangerous drag-flickers of all time with drag speeds of over 145 km/hr which led to his nickname, ‘Flicker Singh’.
5 of 6 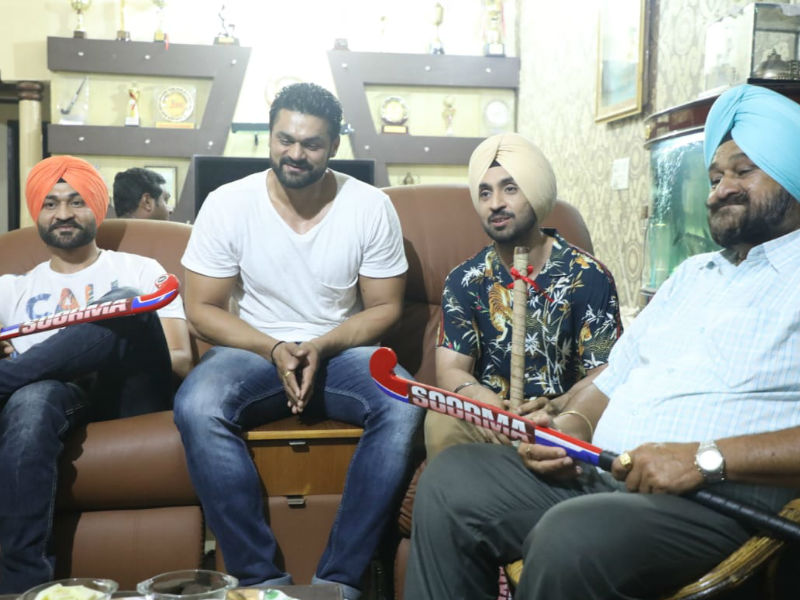 Sandeep Singh's inspiring story has had the makers keen to bring his life on the silver screen. Soorma will feature Diljit Dosanjh essaying the role of Sandeep Singh alongside Taapsee Pannu and Angad Bedi in the pivotal roles.
6 of 6 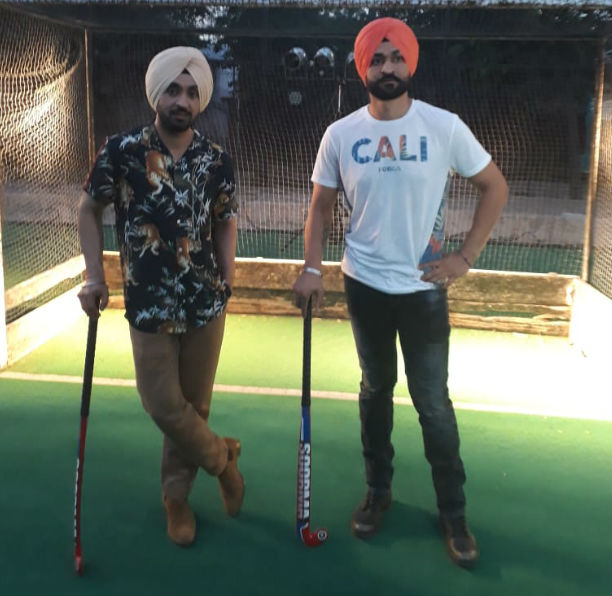