Chasing a below-par 212, the Green Brigade rode on a brilliant 118-run opening stand between Azhar Ali (76) and Fakhar Zaman (57) before Babar Azam (38 not out) and Ali helped the team with a 55-run second-wicket stand to set their date with the winner of the second semi-final between India and Bangladesh, on Sunday. After bowling the hosts out for 211, thanks to pacer Hasan Ali's 3/35, the Pakistani opening duo of Ali and Zaman made light work of the English bowlers as the visitors crossed the 50-run mark at the end of the mandatory powerplay. The 27-year-old Zaman was the more destructive of the two, bringing up his second consecutive fifty off 49 balls, laced with six boundaries and a six off a bouncer from pacer Mark Wood in the very first over of the innings. Credit: IANS
2 of 5

It seemed the Pakistan batsmen were in a hurry to get to the total as the duo helped the team touch the three-figure mark in the next seven overs before Ali too got to his half century off 68 deliveries. Unable to find the breakthrough, English skipper Eoin Morgan got Adil Rashid back into action, and the leg-spinner delivered on the very first delivery of his fourth over with the wicket of the dangerous Zaman, stumped by wicketkeeper Jos Buttler. The wicket of Zaman brought in Azam, who wasted no time in settling down, dancing down the track to loft Rashid over for a straight six as the visitors crossed the 150-run mark in no time. Ali slowed down a bit midway till he picked Liam Plunkett for a boundary as the second wicket partnership flourished to 50 off 55 deliveries. Credit: IANS
Advertisement1
3 of 5 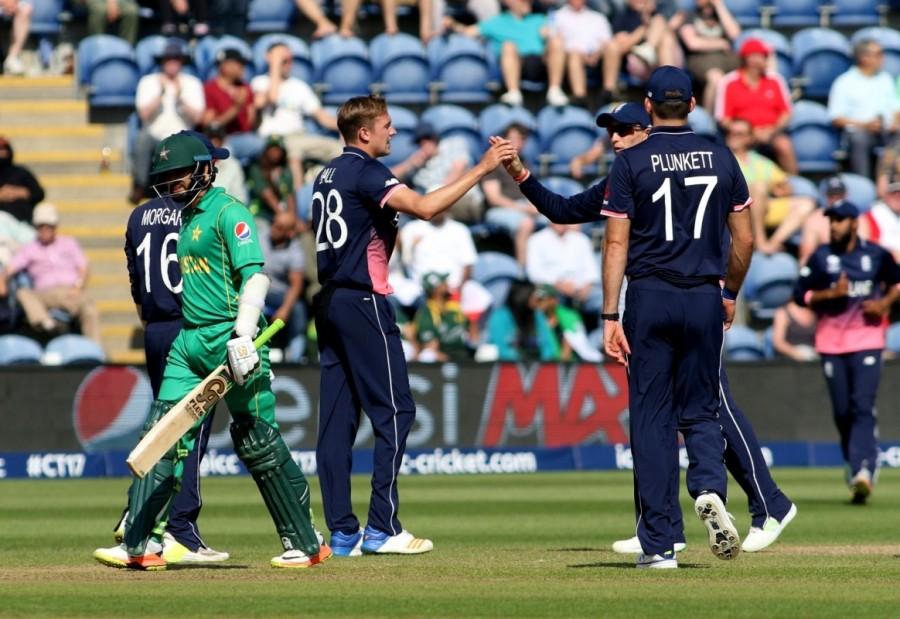 But a slower one from pacer Jake Ball saw the back of the opening batsman. Ali, who had by now faced 100 deliveries, only managed to get a bottom edge which crashed into his own stumps. Needing 39 runs to win, the experienced Mohammed Hafeez (31 not out off 21 balls) and Azam finished off in style with a 42-run unbeaten third-wicket stand. Hafeez, who started off clobbering all-rounder Ben Stokes for a massive six, got the winning runs with a boundary off the same bowler as Pakistan overhauled the target with 77 balls to spare. Earlier, Pakistan bowlers led by Hasan Ali put up a quality display to restrict England to 211 runs in 49.5 overs. Ali was complimented well by Juniad Khan and debutant Rumman Raees, who chipped in with two wickets each. Credit: IANS
4 of 5 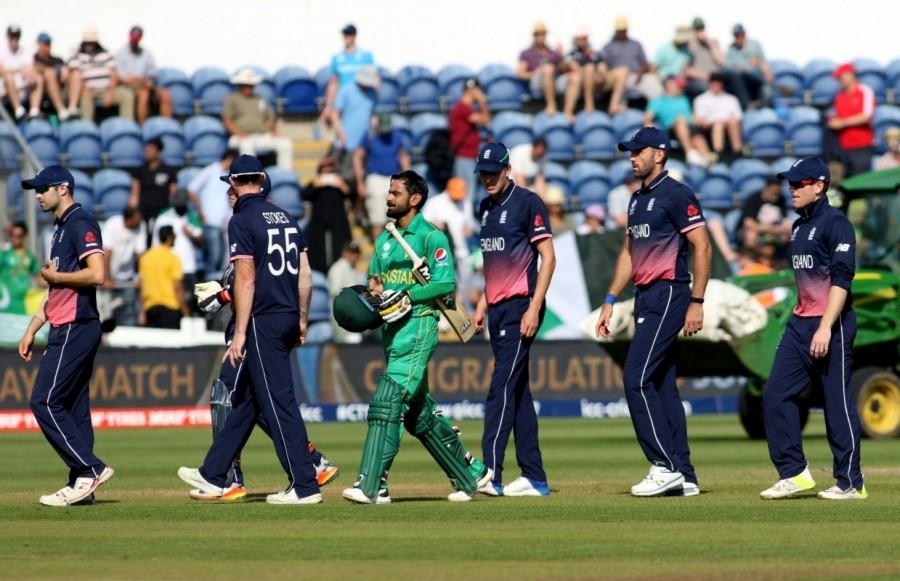 For England, Joe Root (46), Jonny Bairstow (43) and Ben Stokes (34) were the major contributors to the cause. England, who were brilliant in the group stages, wasted a steady start, thanks to the immaculate line and length of the bowlers, who were right on the coin throughout the match. The home side's ploy to bring back Bairstow in place of Jason Roy clicked but some poor middle-order batting saw Pakistan dominating the game. Credit: IANS
5 of 5 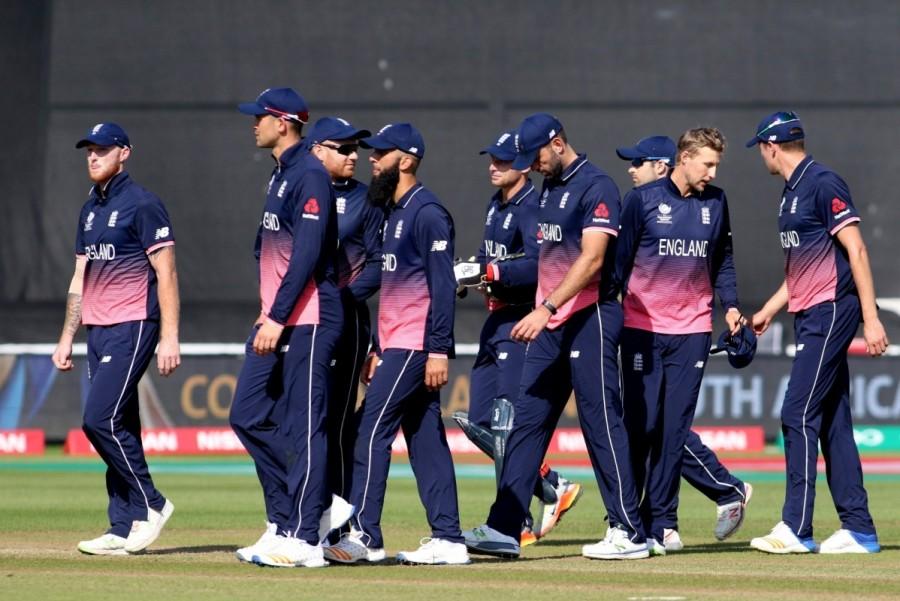 Unlike the previous matches, England's lower-order drastically failed to live up to the pressure as Jos Buttler (4), Moeen Ali (11), Rashid (7), Plunkett (9) and Wood (3) only managed to add 30 runs for the cause. Credit: IANS
Advertisement
Related Articles
Advertisement
Latest Gallery