Rohit Sharma's unbeaten 83 powers India to thumping win over Bangladesh India's stand-in skipper Rohit Sharma's unbeaten 83 off 104 balls powered his side to a thumping seven-wicket win against Bangladesh in their Super Four match of the ongoing Asia Cup here at the Dubai International Stadium. Chasing an easy target of 174 runs, India did not break much sweat and clinched victory with 82 balls to spare. Opting to bowl first, Indian pacers gave some early breakthrough to the team as Bangladeshi openers, Liton Das and Nazmul Hossain Shanto, went back to pavilion after scoring 7 runs each. Credit: Twitter/BCCI
2 of 5

Rohit, Jadeja star in India's 7-wkt win over Bangladesh Shakib Al Hasan, along with wicket-keeper Mushfiqur Rahim, made an effort to build a steady partnership, but it was Indian left-arm spinner Ravindra Jadeja who took four wickets at the crucial stage leaving the Bangladeshi side struggling to get runs. Another impactful spell with the bowl came from right-arm pacers Bhuvneshwar Kumar and Jasprit Bumrah. Both the bowlers scalped three wickets each to place India in the commanding position. Credit: Twitter/BCCI
Advertisement1
3 of 5 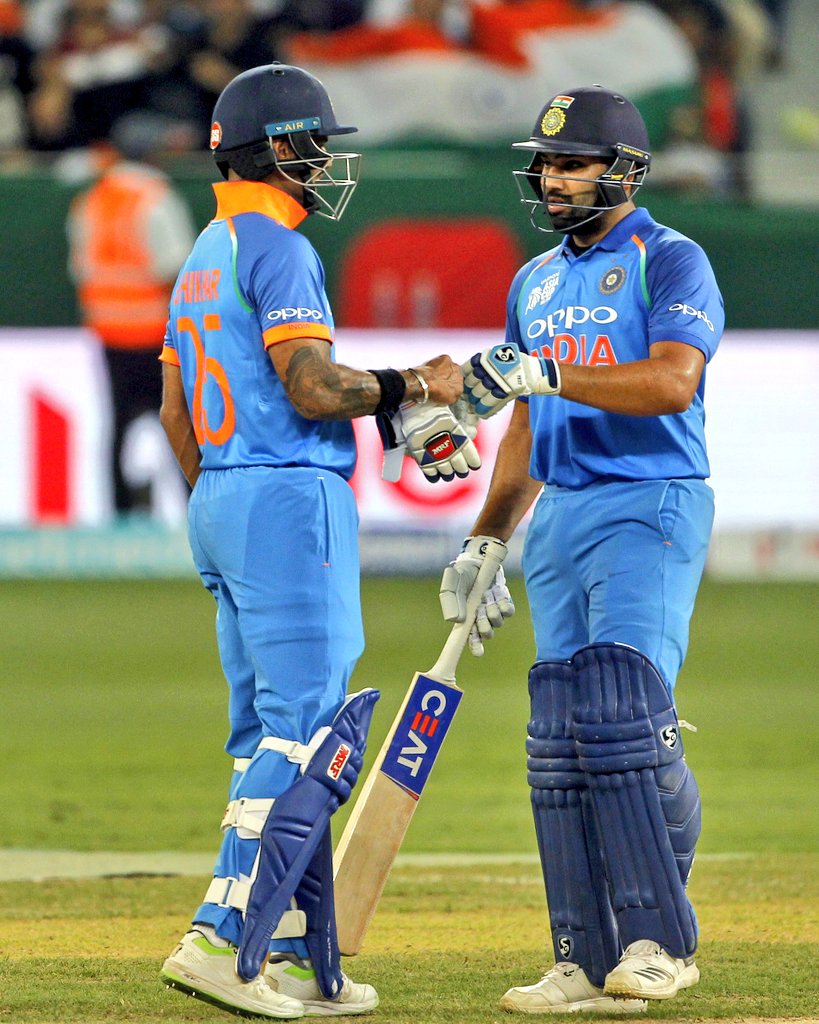 India beat Bangladesh by 7-wkt In the second innings, openers Rohit Sharma and Shikhar Dhawan gave a solid start to the Indian side, accumulating a collective 61 runs for the first wicket. After the departure of Dhawan (40), Sharma kept the scorecard ticking and carried his bat throughout the innings as he remained unbeaten on 83. After Ambati Rayudu was dismissed on 13 off 28 balls, Sharma and MS Dhoni collaborated to help apply the finishing touches to the game with a 64-run stand. Credit: Twitter/BCCI
4 of 5 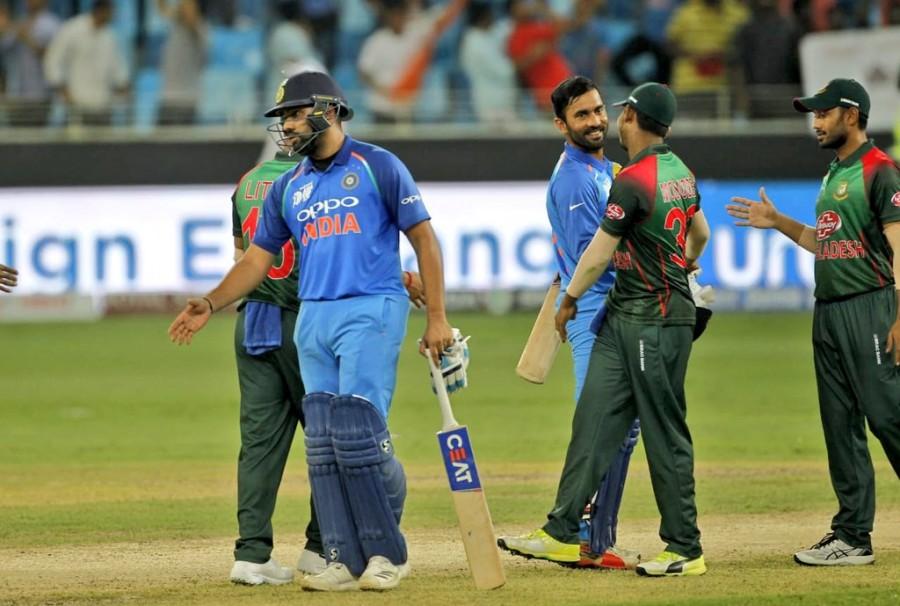 India maintained their unbeaten record after they demolished Bangladesh in the Super Fours of the Asia Cup 2018 India lost its third wicket after 35.3 overs after Dhoni perished for 33 from 37 in quest of a big heave. Sharma and Dinesh Karthik guided their side home with two singles off the first two deliveries of the 37th over. Credit: Twitter/BCCI
5 of 5 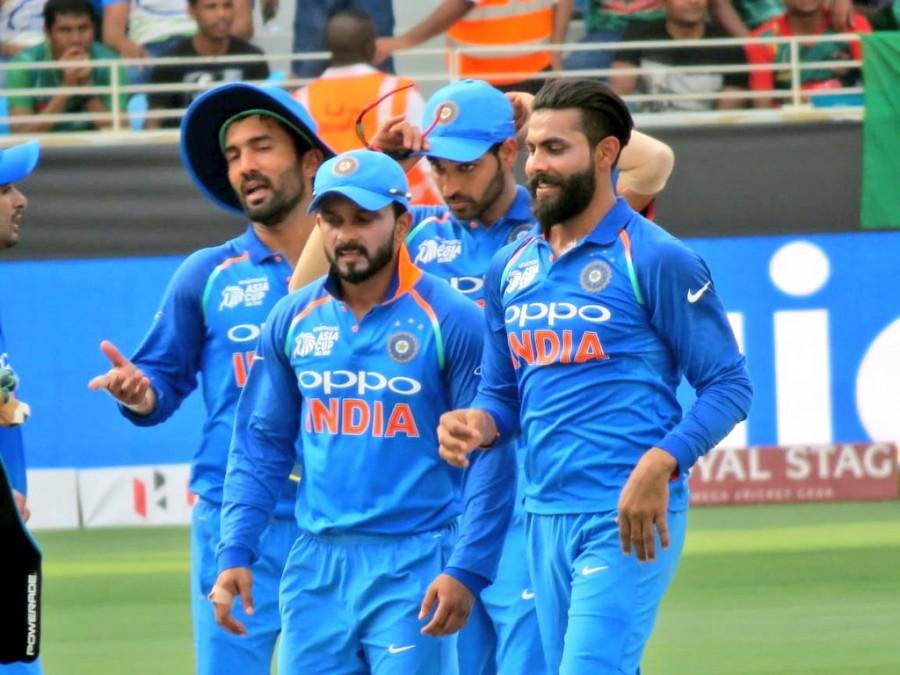 India continue winning streak, beat Bangladesh by 7 wickets in Super 4 clash India's comeback man Ravindra Jadeja, who produced an impressive performance with the ball, was adjudged Man of the Match. For Bangladesh, the right-hand batsman was the highest run-scorer for the team with a total of 42 runs, followed by skipper Mashrafe Mortaza (26). Credit: Twitter/BCCI
Advertisement
Related Articles