India beat Bangladesh by 3 wickets in last-ball thriller to win Asia Cup title In a match going down the wire, Ravindra Jadeja and Bhuvaneshwar Kumar's sensible knock helped India pip Bangladesh by three wickets in a thrilling Asia Cup final at the Dubai International Cricket Stadium here on Saturday. The win also shattered Bangladesh's dream of their maiden Asia Cup title while the Rohit Sharma-led Indian side clinched the prestigious title for a record seven times. Chasing a modest 223-run target, India lost wickets at regular intervals to make the contest unpredictable, thanks to a disciplined Bangladesh bowling attack. However, in a match going down the wire, Jadeja (23) and Bhuvneshwar's (21) rose up to the occassion and their knock came at at a time when their team needed the most. Credit: Twitter/BCCI
2 of 5

India beat Bangladesh by 3 wickets in last-ball thriller to win Asia Cup title Openers Rohit Sharma and Shikhar Dhawan started the proceedings well as India raced away to 35 runs in 4.3 overs however, the joy was shortlived as left-arm spinner Nazmul Islam came with the first breakthrought for Bangladesh. Dhawan (15), while trying to go over Nazmul's head, gave an easy catch to Soumya Sarkar at mid-off. With just the addition of another 11 runs, India received another blow as incoming batsman Ambati Rayudu (2) fell cheaply off a Mashrafe Mortaza ball, leaving India at 46/2. Rohit and Dinesh Karthik then tried to put things in control as they took their side near the three-digit mark. But, just when the Indian skipper was two runs away from his half-century, Rubel Hossain handed another jolt to the opponents, dismissing a good-looking Rohit to leave the men in blue reeling at 83/3. Credit: Twitter/BCCI
Advertisement1
3 of 5 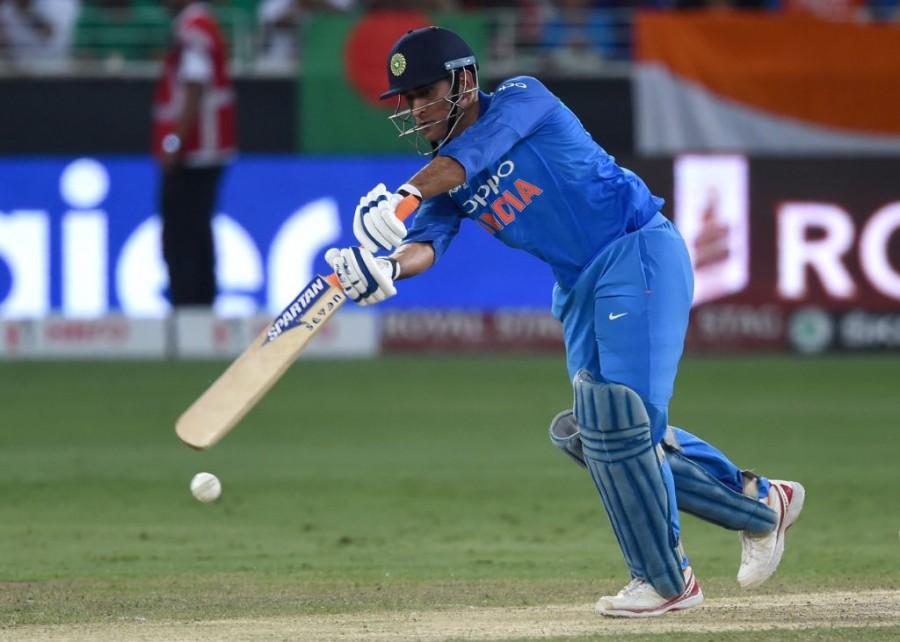 India beat Bangladesh by 3 wickets in last-ball thriller to win Asia Cup title Karthik was then joined by M.S. Dhoni and they gave some respite to India, adding a crucial 55 run for the fourth wicket. Just when the partnership seemed developing, off-spinner Mahmudullah struck to add another twist in the tale, packing back Karthik (37) as India's scorecard read 137/4. As India managed to add 27 runs to reach a total of 160 with incoming batsman Kedar Jadhav and Dhoni oncrease, Mustafizur Rahman put India in deep trouble, sending back the latter on 36 runs. Dhoni's thick edge of the bat landed in the gloves of Mushfiqur Rahim in the 37th over before Jadhav left the field after being retired hurt with India still 56 runs away from victory. Jadeja and part-time batsman Bhuvaneshwar's sensible knock then not only gave India a hope but also inched their side on the doors of victory. Credit: Twitter/BCCI
4 of 5 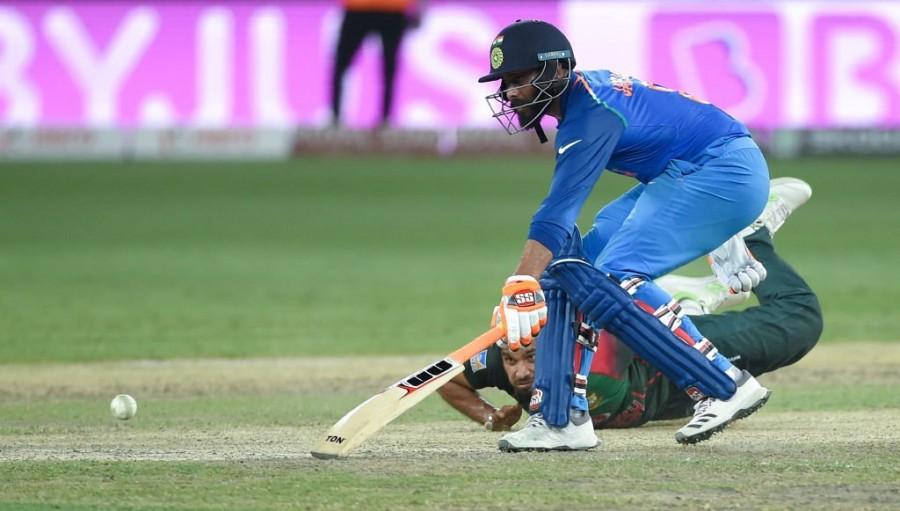 India beat Bangladesh by 3 wickets in last-ball thriller to win Asia Cup title The duo were involved in a 45-run partnership as India crossed the 200-run mark. However, with India just 11 runs away from their seventh Asia Cup title, Jadeja (23) became a victim of Hossain in the 48th over. His fall saw Jadhav once again joining the pitch but very soon, the issue once again turned in Bangladesh's way as Bhuveneshwar, while trying to drive a delivery by Mustafizur Rahman, was caught brilliantly by stumper Rahim, who dived his right to take an excellent catch. Denying the opponents any further onslaught, Jadhav (23) and Kedar (5) guided India home in a match which went to the final ball. For Bangladesh, Mustafizur Rahman and Rubel Hossain picked two wickets each while Nazmul, Mortaza and Mahmudullah bagged one wicket apiece. Credit: Twitter/BCCI
5 of 5 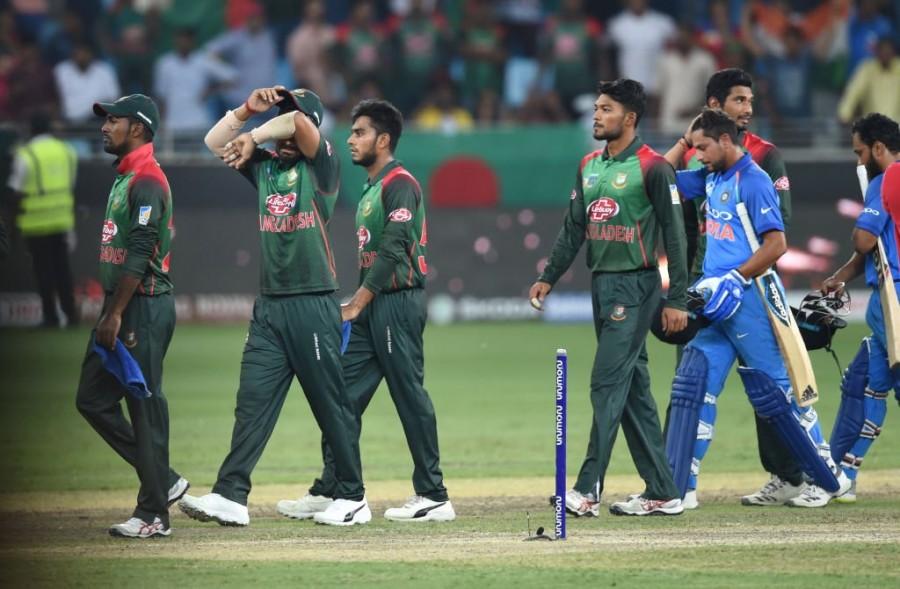