Asia Cup 2018: Afghanistan pull off thrilling last-ball tie with India Mahendra Singh Dhoni's comeback as skipper, albiet for a game ended in a thrilling tie against a resurgent Afghanistan in their final Super Four match of the Asia Cup at the Dubai International Cricket Stadium here on Tuesday. Chasing a competitive 253, the defending champions got off to a flier from the new opening pair of Lokesh Rahul (60 off 66 balls; 4X5, 6X1) and Ambati Rayudu (57 off 49; 4X4, 6X4) before a mini collapse, coupled with a few run-outs and umpiring errors, eventually resulted in a tie. Needing 7 off the final over, Ravindra Jadeja (25 off 34; 4X1) struck a boundary on the second ball off leg-spinner Rashid Khan before taking two singles with last man Khaleel Ahmed in company. Credit: Twitter/BCCI
2 of 5

Asia Cup 2018: Afghanistan pull off thrilling last-ball tie with India With 1 needed off the final two balls, Jadeja pulled the fifth delivery -- a shorter one towards midwicket only to find Najibullah running in from deep to grab it with both hands and help Afghanistan bow out of the tournament with their head held high. Earlier, replacing the regular pair of Rohit Sharma and Shikhar Dhawan, Rahul and Rayudu got India to a 110-run opening stand before Mohammed Nabi managed to draw first blood with the wicket of Rayudu. Rashid then joined the party by removing Rahul before Dinesh Karthik's (44 off 66; 4X4) sedate knock stabilised things for the Men-in-Blue. Credit: Twitter/BCCI
Advertisement1
3 of 5 Asia Cup 2018: Afghanistan pull off thrilling last-ball tie with India Karthik, however failed to get adequate support from the other end as Dhoni (8), Manish Pandey (8) and Kedar Jadhav (19) fell in quick succession before an umpiring blunder sent the Tamil Nadu stumper back in the hut. Towards the end, Jadeja played a lone hand even as the bowlers -- Deepak Chahar (12), Kuldeep Yadav (9) and Siddharth Kaul (0) -- could hardly lend any support to the southpaw. For the Afghans, pacer Aftab Alam and spin duo of Nabi and Rashid picked two wickets each while Javed Ahmadi picked one. Credit: Twitter/BCCI
4 of 5 Asia Cup 2018: Afghanistan pull off thrilling last-ball tie with India Earlier, electing to bat, Afghanistan rode opener Mohammad Shahzad's entertaining century and a sensible innings from Nabi to post a healthy 252/8 against a relatively inexperienced Indian attack. On a track where strokeplay wasn't easy, Shahzad belted a brilliant 124 off 116 balls, laced with 11 boundaries and seven sixes, even as the rest of the top-five failed to reach double digits. Nabi (64 off 56; 4X3, 6X4), however, played the perfect second fiddle to the wicketkeeper-batsman, raising a vital 48-run stand for the sixth wicket before finally losing Shahzad to part-timer Kedar Jadhav. Credit: Twitter/BCCI
5 of 5 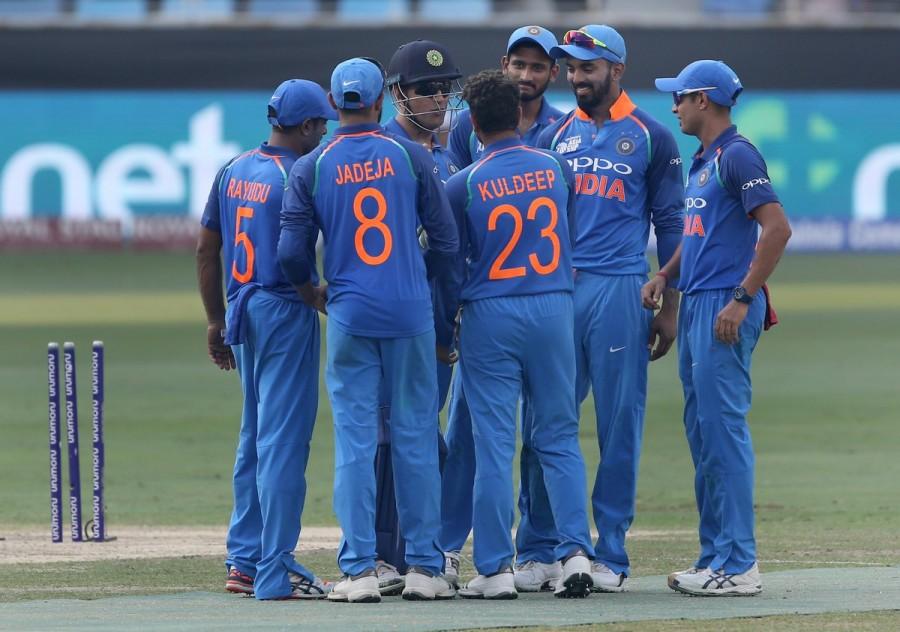 IPL 2022: MI vs CSK live-stream, squad, timings; everything you need to know about opening match

IPL 2022: CSK vs RCB live-stream, squad, timings and everything you need to know about opening match

IPL 2022: CSK had hope as 'great finisher' was in the middle, says Jadeja after win over MI [See score board]
Advertisement
Latest Gallery