Taking a look at the equation between the two Ambani bahus - Nita Ambani and Tina Munim Ambani, here's everything you need to know about the influential daughter-in-laws.

It is no secret that the two men – Mukesh and Anil Ambani – who changed the face of entrepreneurship and business in India – wouldn't have been what they are today without the women in their life. Mukesh Ambani's wife – Nita Ambani and Anil Ambani's wife – Tina Munim Ambani – have been the rock-solid pillars behind the dream of these two dynamic business tycoons. The two Ambani bahus joined the family at a young age and have paved the way for the family to emerge as the biggest name in the country.

While Tina Munim was a well-known name when she chose to settle down with Anil Ambani, not much was known about Nita Ambani when she tied-the-knot with Mukesh Ambani. Both the ladies, creatively inclined, dedicated themselves to philanthropy and humanitarian work. And as the decades have passed, Nita Ambani's name has emerged more powerful and popular than Tina's.

There has been a drastic change in the appearance of the two ladies too. While Tina's sharp features and golden skin-tone resonated with a lot of young women back in the days, she hardly gets the attention she used to get back then. Tina has totally immersed herself in charity and humanitarian work and seldom gets papped at the parties in the circuits. On the other hand, Nita Ambani, who was a beautiful but a total simpleton, has won over everyone with her jaw-dropping transformation over the years.

There might have been several things that set them apart but Nita and Tina have never let their values drive away. The two brothers might have had several disagreements and might have chosen to take different paths, no bitterness has crept in between the two ladies. In fact, the two of them have always given the name of their family, belief in their value system and legacy; precedence over anything else.

Nita and Tina have not only been cordial with each other but have always had only good things to say about each other. Tina remains an indispensable part of all the functions, pujas and parties organized by Nita Ambani. In fact, the two ladies have often been caught matching steps and shaking their legs together. Their camaraderie and comfort with each other comes across every time the two get clicked together. 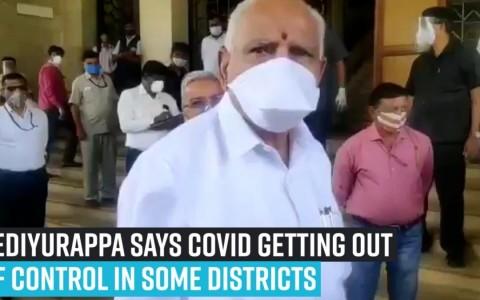 Close
Yediyurappa says Covid getting out of control in some districts
Why advertise with us?
most popular