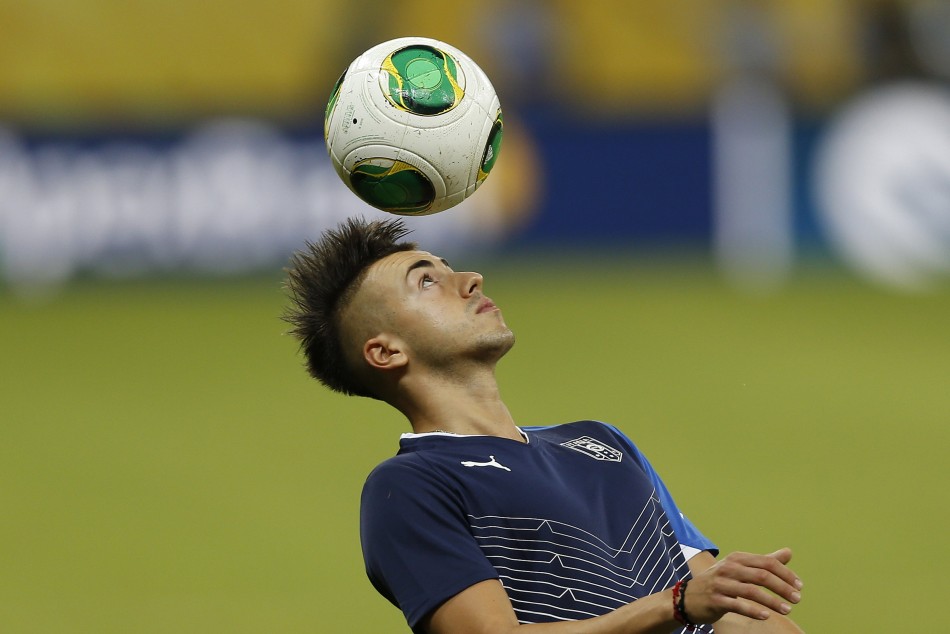 AC Milan are ready to part ways with Stephan El Shaarawy during the January transfer window. The hotly rated winger could make a Premier League move, if the right offer comes in.

A host number of clubs are said to have been linked with the 22-year-old, including the likes of Liverpool and Arsenal. The player could be offloaded for a cut price deal of £11.5million. Manchester United are willing to buy the winger for the reported fee, as per the Daily Express.

AC Milan signed the Italian in 2011. With the club struggling in Serie A as well, it could use the funds to bolster the squad. The Italian club is in the 7th position in the domestic league. El Shaarawy has failed to put in a decent performance this season as well, where he has only notched up a single goal.

However, El Shaarawy came up with a brace against Real Madrid yesterday in a mid season friendly in Dubai.

Liverpool were the one who were heavily linked with El Shaarawy, but now, Manchester United seems to be leading the race. Money should never be a problem for Manchester United, who are expected to be offered huge funds during the January transfer window.

With Louis van Gaal having signed a number of players in the summer, El Shaarawy could be a great addition to the club. He could prove to be a huge threat on the wings, fizzing crosses and scoring goals as well.

But, with AC Milan having quoted a certain fee, the chances of El Shaarawy moving to a premier league club has increased and Liverpool would not give up on one of their key targets very easily and would be competing against Manchester United for his signature.

Manchester United have a number of targets, including Gareth Bale and Strootman. Both the deals may not materialise with Real Madrid president Perez stating Bale would not be available at any price, while Strootman has expressed his desire to join La Liga giants, either Barcelona or Real Madrid.

As far as the El Shaarawy deal goes, Manchester United should be able to get their target, if they desire to do so with AC Milan ready to accept the deal.