Lisa Montgomery to be executed for brutal murder of pregnant woman; first since 1953

In 2004, Lisa Montgomery choked her victim, Bobbie Jo Stinnett, 23, with a rope before using a carving knife to take out a fetus from the womb.

The US Department of Justice announced that it has scheduled the first federal execution of a female inmate in almost seven decades.

43-year-old Lisa Montgomery, convicted of strangling a pregnant woman to death and cutting the unborn baby out of her womb in 2004, is to be given a lethal injection on December 8 at the Federal Correctional Complex in Indiana, the Department said on Friday.

Montgomery strangled and killed Bobbie Jo Stinnett, who was 8 months pregnant, in 2004. Prosecutors said she used a kitchen knife to remove Stinnett's baby from her womb. She then took the child with her, and attempted to pass the girl off as her own.

In 2007, a US district court sentenced Montgomery to death after declaring her guilty of federal kidnapping resulting in death. At the time, Montgomery's lawyers had argued that she was suffering from delusions when she killed Stinnett, but the jury rejected the defense.

Kelley Henry, Montgomery's attorney, said that her client shouldn't be executed as she is mentally ill and a survivor of child abuse.

"Lisa Montgomery has long accepted full responsibility for her crime, and she will never leave prison," said Henry.

"But her severe mental illness and the devastating impacts of her childhood trauma make executing her a profound injustice," he added.

US signs executions for people's crimes

The Trump administration restarted federal executions in July, when Daniel Lewis Lee, a white supremacist convicted of murdering a family of three, was executed. According to anti-death penalty groups, President Donald Trump is pushing for more executions to brandish his reputation as a law-and-order leader.

This execution would make Montgomery the ninth person to be put to death since July, when the Justice Department resumed executions after a gap of almost two decades.

Bonnie Heady was the last woman to be executed by the US government. She was put to death in a gas chamber in 1953. Five men on federal death row are now scheduled to be executed at the end of the year. 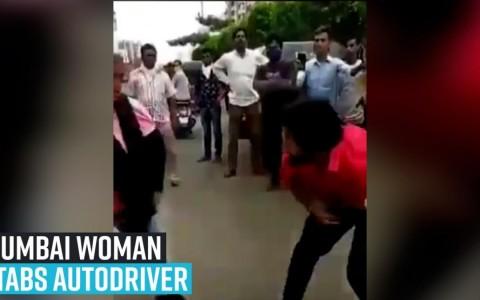 Close
Mumbai woman stabs autodriver after he slaps her during scuffle
Why advertise with us?
most popular