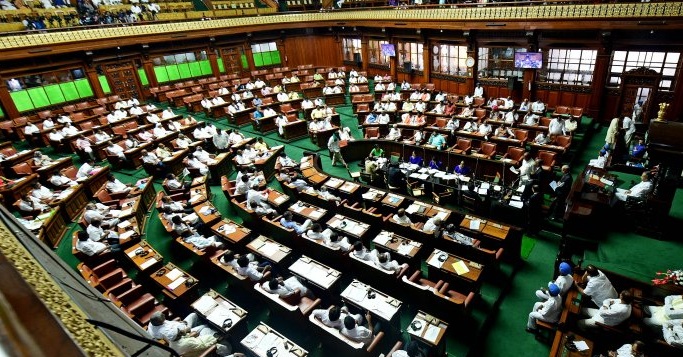 The political drama in Karnataka continues for the fifth consecutive day as the Congress-JD(S) coalition has not been able to pacify the rebelling MLAs.

Congress strongman DK Shivakumar is trying desperately to save the coalition government from collapsing. Shivakumar went to Mumbai to meet the 10 disgruntled MLAs but was prevented by the police from entering the premises of the Mumbai hotel where the MLAs are stationed. Since Saturday the MLAs are camping at the Renaissance hotel in Powai.

Apparently, Shivakumar's booking was cancelled as the MLAs claimed they were feeling threatened that Shivakumar would storm the hotel.

The rebel MLAs have moved the Supreme Court against the Karnataka speaker KR Ramesh Kumar, accusing him of abandoning his constitutional duty and deliberately delaying acceptance of their resignations.

According to the reports, the Supreme Court will hear the case tomorrow and Senior Counsel Mukul Rohatgi is likely to appear for the rebel MLAs in the apex court.

Wikileaks Probe: Hundreds gather in London to protest against Assange's US extradition

"The world needs a new Chaplin": Zelensky to Cannes audience