Filmmakers provided 12 bodyguards to Aishwarya Rai Bachchan for her safety during the shoots of her comeback film 'Jazbaa'.

Actress Aishwarya Rai Bachchan is making her comeback with Sanjay Gupta's "Jazbaa" after five years break. Reportedly, she has been provided with tight security on the sets.

Rumours buzz that the filmmakers has hired 12 bodyguards for the Bachchan Bahu who follow her all the way from home to the shooting spot. Filmibeat reports that the bodyguards surround the diva every time, even when she is speaking with her co-stars.

"Ash's security arrangement has been paid extra attention to, especially because she has been — and is required to — shoot quite a bit at outdoor locations [in Mumbai], on roads and in eateries etc. Not just her movements, but Ash's vanity van is also being guarded. Since she has a number of fans, the makers want her to feel absolutely comfortable and safe," Hindustan Times quoted an insider as saying.

Apparently, it is said that around ₹40 lakh has been decided as their budget for providing security to all cast and crew. The makers of the film has made sure that neither Aishwarya's look nor any other details about the set leaks out.

Even, Gupta told HT, "Yes, as any other responsible film-maker, I have gone in for an elaborate security arrangement to keep the cast and crew safe."

The female-centric film will see Aishwarya, who started filming for "Jazbaa" on 3 February, play the role of a lawyer and perform some high octane never-seen-before action sequences.

"The scene involved an intense meeting between Ash's character, a lawyer, and Irrfan who plays a suspended cop. They meet for the first time and a heated exchange follows. The crew was so pleased with the shots canned that they gave Ash a standing ovation," a source from the set of the movie told Mumbai Mirror.

The film is a remake of South Korean crime drama "Seven Days". There were reports that the "Guzaarish" actress will sport a completely different look in the film.

Reportedly, the makers are planning to wrap the shoot at the earliest so as to keep it ready for screening at the 2015 Cannes Film Festival, which the beauty queen has been attending for a decade now.

Below are the pictures from the sets of 'Jazbaa': 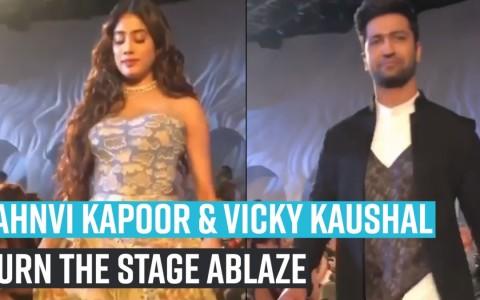