IMA and Ambidant lured investors in the name of Islamic banking and halal investments, which is permissible by the laws of Islam (Sharia laws).

The recently busted IMA scam run by Mohammed Mansoor Khan has turned out to be similar to the Rs 954 crore Ambidant scam involving Sayed Ahmed Fareed and his son Syed Ahmed Afaq. That scam was busted by the CCB in November 2018 after they paid former BJP leader Gali Janardhan Reddy 57 kg of gold and Rs 2 crore cash to save their sinking company.

IMA and Ambidant lured investors in the name of Islamic banking and halal investments, which is permissible by the laws of Islam (Sharia laws).

Here, both firms were located in Muslim dominated areas. While Ambidant had its office at RT Nagar, IMA was located at Shivajinagar. So, it was easy for the owners to canvas people mostly from their own community in the name of Islamic banking, where depositors/investors were able to make double or triple the amount they invested without any risk.

After persuading the investors, the company pays a high benefit for their investment on a monthly, yearly or quarterly basis (starting from 12-13 per cent of the amount invested). People interested to make a quick buck without much involvement opted for this and most of the people belonged to the middle-class sector.

Initially, the profit percentage was large but gradually saw a decline of 5 per cent to 2 per cent or no benefits at all. The company claimed that the business was doing well in the said period.

To withdraw the principal investment, the company has a rule of 45 days after which they will refund the collected amount hassle-free, which in most cases does not happen.

If Ambidant was supported by Janardhan Reddy, the managing director and CEO of IMA, Mohammed Mansoor Khan claims the MLA from Shivajinagar, Roshan Baig, took Rs 400 crore and was not returning it. Khan has also claimed that many politicians and government officials had taken money from him which had sunken him in debts.

A notice was issued against the functioning of IMA by the government in 2018 for cheating its depositors by illegally collecting funds and diverting it to its director's personal interest thereby defaulting payments to the depositors. Still, no action was taken by the authorities over the firm rather they still allowed Khan to conduct his business without much investigation over the matter.

The city police told International Business Times that nearly 9,000 complaints have been registered by the depositors against IMA within a span of 24 hours. Karnataka Chief Minister HD Kumaraswamy has asked the Central Crime Branch (CCB) to investigate the case but the state government has handed the case to a Special Investigation Team (SIT). 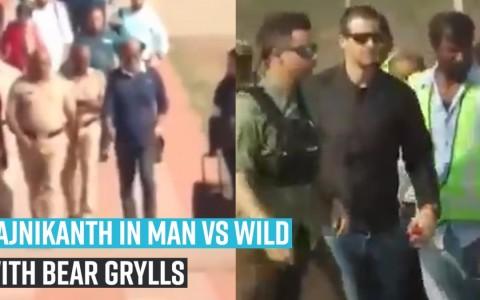 Close
Rajnikanth in Man vs Wild with Bear Grylls
Why advertise with us?
most popular