In honor of Bengaluru founder Kempegowda, Karnataka CM has laid the foundation for a central park featuring a 108ft bronze statue of Kempegowda worth Rs 80 crore in the outskirts of the city near the international airport. Complete details here.

On the occasion of the 510th birth anniversary of Bengaluru founder, Karnataka CM BS Yediyurappa laid the foundation stone to erect a 108-feet statue of Nadaprabhu Kempegowda near the international airport at Devanahalli, which will be the centerpiece of a 23-acre central park.

The tribute to Kempegowda comes with a rich history of the city and here you'll learn all the details about it as well as the proposed plan for the Kempegowda Central Park.

A multi-crore project will be ready by 2021, which will then attract thousands of visitors flying in and out of Bengaluru. Being the country's third busiest airport, waiting times will be made more memorable and educational with the Kempegowda park in close proximity to the airport.

Here are some fascinating details about the Kempegowda Central Park:

Who was Kempegowda and his role in Bengaluru's history

Bengaluru was conceived about 480 years ago and it is believed that the founder of the Bengaluru City, Nadaprabhu Kempegowda, ran four bullock carts in four directions thereby forming two principal axes, marking the boundaries of the Fort. It is said that the starting point was the centre of Chickpete, which to even this day carries the same name.

Chickpete among other "Petes" were created to cater to sell particular items. The planned traders regions were named according to the materials that were sold. The Balepete selling bangles, Ragipete selling millet, Aralepete selling cotton and so on.

Early water management was the brainchild of Kempegowda as he designed and located the various tanks of Bangalore, based on the topography. The tank system of Bangalore drained the city effectively, prevented flooding within the city. The Inter-Linking System of the tanks linked to one another by a system of water channels (nalas), which feed the tanks at a lower level, with the water overflowing from tanks at a higher level.

Check out the site plans and how the Kempegowda Central Park in Bengaluru will look once its opened: 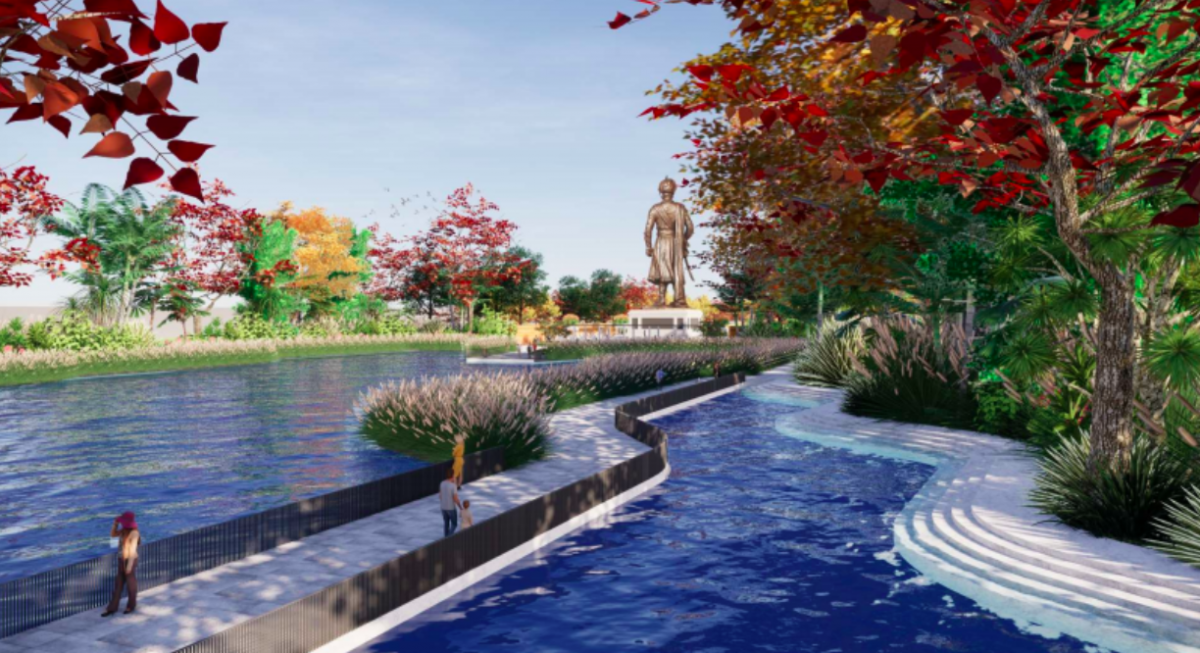 Close
Melania Trump's Wooden Statue Torched
Why advertise with us?
most popular