https://data1.ibtimes.co.in/en/full/650705/facts-you-should-know-about-legal-marriage-new-york-state.png
Facts you should know about legal marriage in New York StateIBTimes UK

A 60-year-old man in Pakistan'sSindh province has been arrested for allegedly forcing a minor to marry him. The accused, identified as Zain-Ul-Abdin Lashari, is a five-time divorcee and reportedly forced the 12-year-old girl to marry him. He was taken into custody by the Child Protection Police. The incident was shared on Twitter by a Pakistani child rights activist and actor Nadia Jamil, who requested the Government of Pakistan (GoP) to take cognizance of the matter and act against the man. "....Where is the Child Marriage Restraint Act? This is where I humbly request the people, the media and the GoP to recognise, No man has the right 2 take over a child or woman's body, life like this," she said. 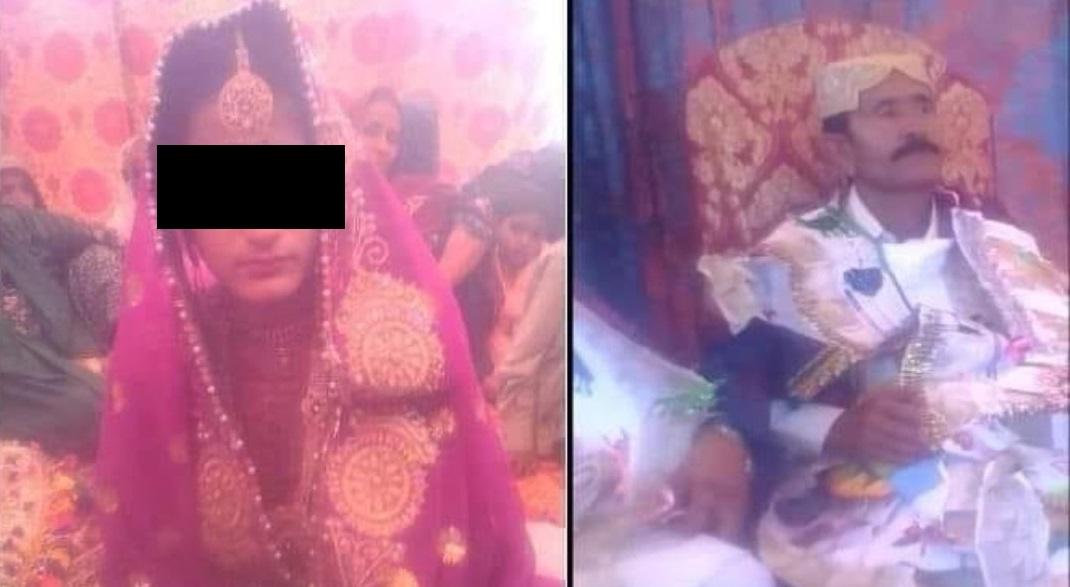 Child marriage and forced marriage are illegal in Pakistan but they still take place in almost every part of the country. Source: Twitter/@NJLahori

Sharia allows a girl to marry after 1st menstrual cycle

This is not the first time an aged feudal has forced a minor to marry him and the cases of child and forced marriage are very common in Pakistan. Even the courts in the country are not competent enough to protect their minor girls from the violation of their human rights. Last month, a Pakistani High Court had validated the marriage and forced conversion to Islam of a 14-year-old Christian girl. The court ruled that both the marriage and conversation of the minor were valid as Sharia (Islamic Law) allows a girl to marry after her first menstrual cycle. Seven-year-old groom Mohammad Waseem (R) and his four-year-old bride Nisha (L) are escorted by security officials at a police station in Karachi on October 31, 2008.Reuters

Child marriages occur in the country's most marginalised and vulnerable communities. They have devastating consequences and girls who are married off early are more likely to face health risks and domestic violence.

Although Pakistan has its own Child Marriage (Restraint) Act, 1929 which states that the legal age of marriage for girls is 16 whereas it is 18 for boys, but its not enough to stop the menace. The law is not stringent enough as the punishment for offenders is inconsequential and people easily get away by paying a small amount.

Under the act, a man above the age of 18 who contracts marriage with a child shall be punished with a fine of Rs 1,000 or a jail term of one month or both. Parents or guardians who don't act to prevent child marriage shall also be punished under the law.

Arijit Singh croons Pakistani chartbuster 'Pasoori' at the Mumbai concert; fans are watching it on loop