Australia have already lost the Ashes 2015 with one game to spare.

Australia suffered a fourth Test drubbing by an innings and 78 runs at Nottinghamshire and thereby lost the Ashes 2015 series to England yet again in the British conditions. England now lead the five-match series 3-1 with one game to spare that will be played at KIA Oval.

"We have been poor, we have been outplayed by a superior opponent, and as coaching staff, players and selectors we fully accept the blame for our losses at Edgbaston and Trent Bridge.

"On behalf of our team I want to apologise for the manner in which we have lost, especially to those tour groups and individual fans who paid to travel to the UK to watch us and to the millions more tuning in at home," Lehmann said in an interview to the official Cricket Australia website.

Lehmann has slammed the idea that the media have brought forward after the Ashes defeat that the wives, girlfriends and families of the Australian cricketers have hampered their game.

"There's no question we haven't performed as we expected and we appreciate that in those circumstances we have to accept negative criticism from the media because we've had so much positive coverage during our success over the past two years.

"And while we're happy to cop criticism for the way we bat, bowl, field or prepare I believe it's unfair to suggest having families with us as a reason for our on-field efforts," Lehmann said.

Lehmann also brushed aside all the criticism that have been thrown at Aussie captain Michael Clarke after the series defeat in England. He also stressed on the fact that they will try and make the final Test memorable for Clarke with a win against England in the fifth Ashes Test.

"Michael is one of our most committed trainers who will go to the nets every day even when we have optional sessions or give guys a day off, and on practice days he'll travel to the ground early with the support staff who go ahead to get everything set up," Lehmann added. 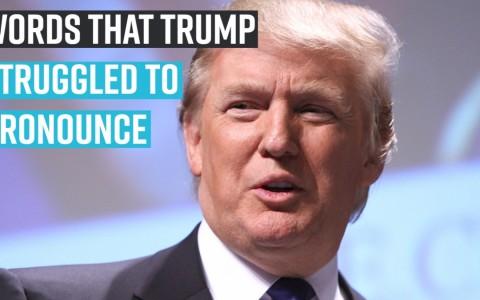 Close
Words that Donald Trump struggled to pronounce
Why advertise with us?
most popular