These investments are being made through various capital securities firms in all the three stock exchange under in the PSX.

Even as India's most wanted fugitive Dawood Ibrahim's assets are frozen across the world, the underworld don continues to invest money, earned through his organised crime syndicate, in the Pakistan Stock Exchange (PSX).

These investments are being made through various capital securities firms in all the three stock exchange under in the PSX.

The D-company points man Jabir Moti, currently detained in a London jail, runs more than five front capital securities companies, all operating from the Karachi Stock Exchange, merged with the PSX in 2016.

Habib Bank was charged by the US Department of Financial Services with money laundering and terror links in 2017. Habib Bank's role is also under suspicion for backing D-company's operations in Nepal as it runs the Nepalese Himalayan Bank in a joint venture project.

Reports say that around 2012, Dawood Ibrahim came in contact with the then Director of Karachi Stock Exchange Zafar Moti, through his family member Jabir Moti, a listed gang member of the D-company, arrested by the Scotland Yard in a London hotel, on a tip-off from the FBI in August 2018.

Jabir Moti has been charged by the FBI with collecting illegal money earned from D-Company's narcotics smuggling and has been facing an extradition trial in a London court. Reports suggest that Jabir Moti is the Director of Zafar Moti Capital Securities Pvt Ltd, located at Room 54-55, Ist Floor, Pakistan Stock Exchange Building, Stock Exchange Road, Karachi.

The CEO of this firm is Zafar Moti, who also runs a few other firms. Another company, BRP-MAC Securities Pvt Ltd, allegedly owned by Jabir Moti has Zafar's wife Afshan Moti on its board. This company is located at 54, Pakistan Stock exchange Building, Karachi. Afshan resides at bungalow 31/1, Ist Girzi Street, Phase IV, Pakistan Defence Housing, Karachi, situated near one of Dawood's hideouts in the port city of Pakistan.

Highly placed sources in the government said that once the entire trail of Dawood Ibrahim's illegal money invested in the Pakistan Stock Exchange through his aide Jabir Moti is gathered, substantial records would be brought to the notice of the world to expose Pakistan's dual policy on terrorism and its intelligence agency ISI's nexus with the international crime syndicates.

Jabir Moti is also accused of supplying drugs to overseas narcotics gangs. In the London Court, the FBI revealed: "Pakistani national Jabir Moti is a top lieutenant in D-company and reports directly to Dawood Ibrahim. Accused of drug smuggling, he is involved in laundering US$1.4 million on behalf of the D-company."

While FBI is hotly pursuing Jabir Moti's extradition trial, the Pakistan High Commission in London is making all-out efforts to thwart the process as his subsequent criminal trial in the US can expose the nexus between Pakistan's establishment with D-company's organised crime and terror operations. 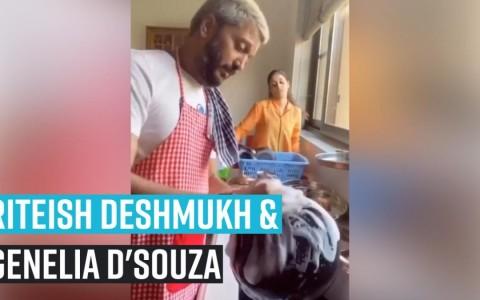