FAU-G is facing a lot of criticism after netizens pointed out that the poster is not an original creation.

FAU-G is the new PUBG - at least for Indians who feel the void left in the gaming space with the ban on the popular battle-royale title PUBG Mobile. It didn't take long for the news to travel as Bolloywood's favourite Akshay Kumar made the announcement on Twitter and ignited a sense of patriotism while doing so.

The fact that 20 percent of the revenue generated from the game FAU-G will be donated to Bharat Ke Veer Trust. The developers also clarified that the timing of FAU-G's launch is coincidental and the game was in the pipeline even before the ban on PUBG Mobile was announced.

But that's not what has struck netizens' curiosity. It is the poster that has got people talking more about the game. Many have pointed out that the FAU-G poster is plagiarised.

Twitter user @maximustaurean pointed out the similarity between the FAU-G poster and an image from Shutterstock. The image is credited to an artist named PHET THAI. The only visible difference between the alleged original image and the FAU-G poster is the Indian flags on the character's uniform.

Many criticised the fact that the developers couldn't go with an original creation. Here's how people reacted: 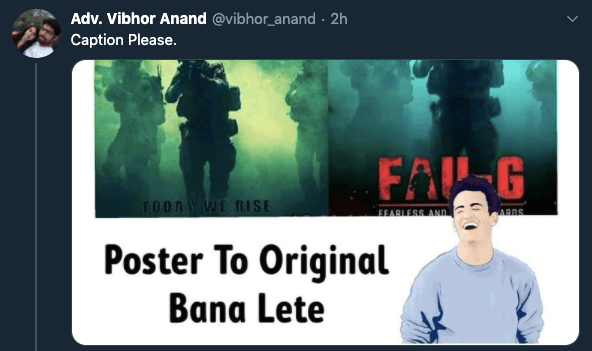 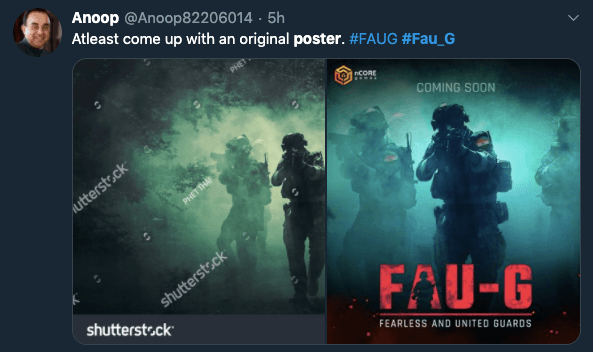 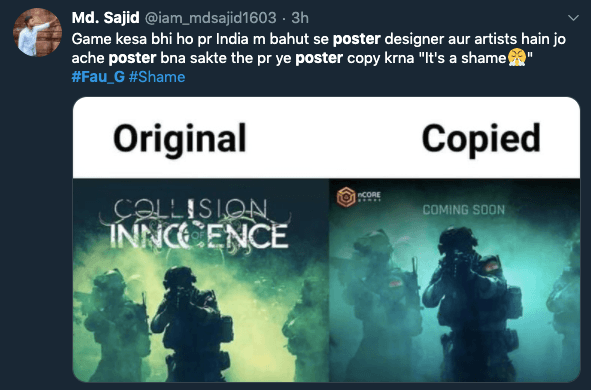 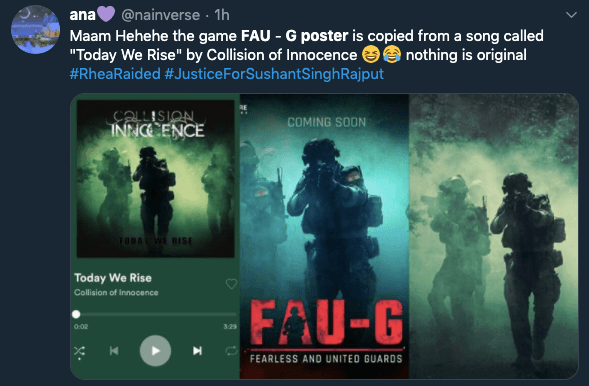 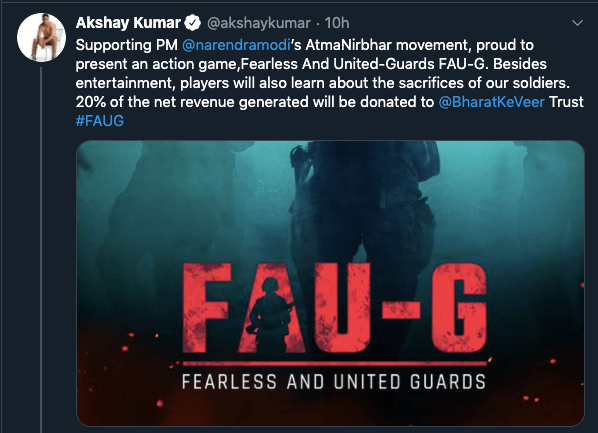 Well, it is possible when the game is officially launched there would be a different (original) poster.