An incident of a deadly rape case has shocked and shamed Andhra Pradesh. A 16-year-old teenager was not only raped but also locked up for five days. 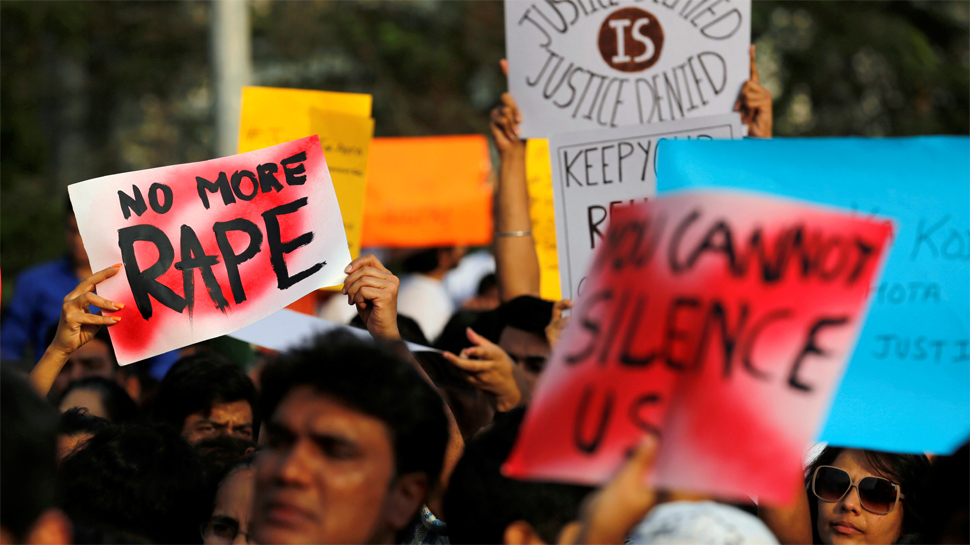 The victim was admitted to a government hospital for treatment and her condition was reported to be stable.Reuters | Representational

As India is witnessing an increase in the number of serious crimes committed against women and children, another incident of a deadly rape case has shocked and shamed Andhra Pradesh.

A 16-year-old teenager was not only raped but also locked up for five days, eventually at a stretch. Among six accused who had allegedly raped the girl, three boys were from Andhra Pradesh's Ongole town, 140km south of Amaravati.

Andhra Pradesh Home Minister Mekathoti Sucharitha promised stern action as this incident has raised concerns over the safety of women in the state. "This is a heinous crime and we will take deterrent steps to ensure such incidents did not recur," said the Home Minister.

The Andhra police launched a manhunt for the accused An investigation is underway; all six accused have been nabbed from different parts of the state. One accused was arrested at Bitragunta in SPS Nellore district while he was trying to board a train.

The victim met one the accused at the RTC bus station in Ongole on June 17 and became friends. The girl accompanied the accused to his room where he and five of his friends allegedly raped her continuously for five days.

Senior police officer Siddharth Kaushal said that somehow the girl managed to escape and reach the bus station on Saturday evening when an on-duty home-guard and an assistant sub-inspector spotted and rescued her.

The girl was then admitted to a government hospital for treatment and her condition was reported to be stable.

Andhra Pradesh Director General of Police Gautam Sawang condemned the incident, saying the safety and security of women and children and prevention of crime against them would be given high priority. In a statement, he said that the perpetrators of such crimes would be dealt with sternly and brought to book systematically. He also directed the Prakasam district Superintendent of Police to ensure the case was investigated thoroughly so as to secure a conviction.

The accused were charged under different sections of the POCSO Act and the Indian Penal Code was registered against them.