Rafael Nadal has never lost to Andy Murray on clay in the ATP circuit. 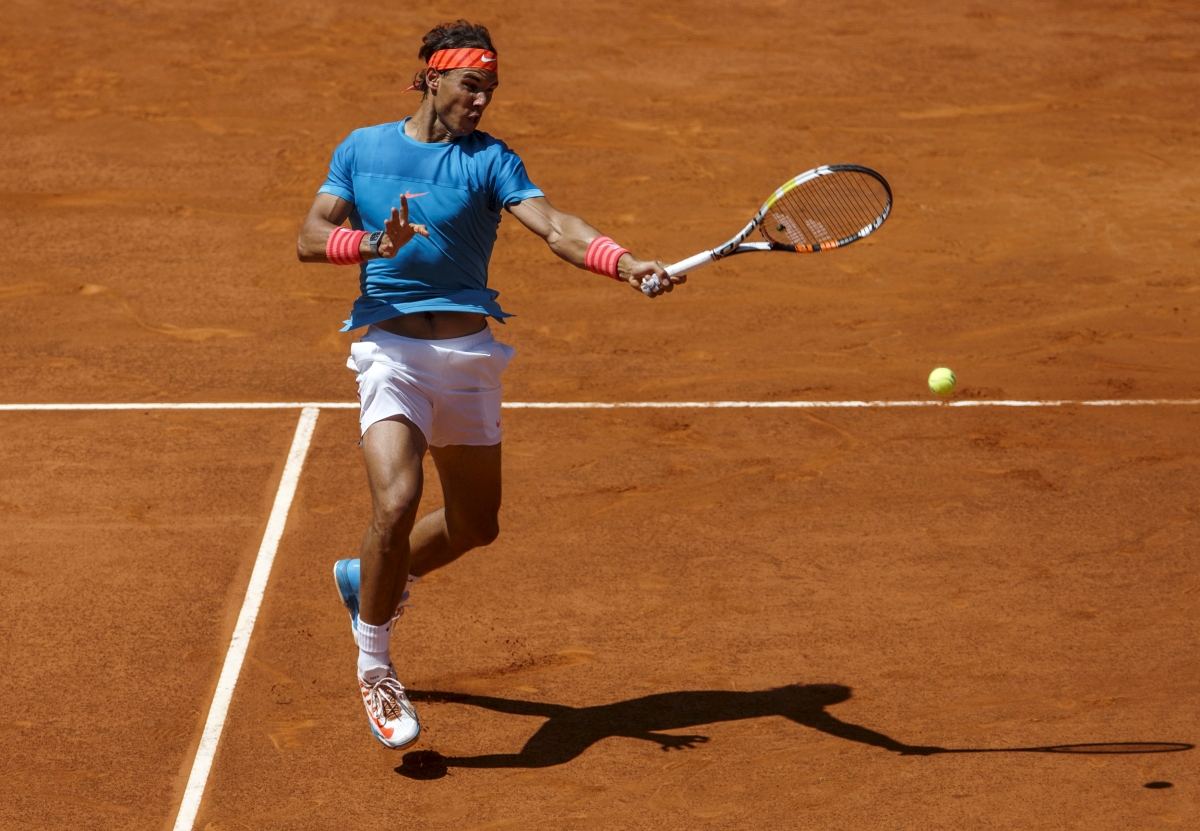 Rafael Nadal has won the Madrid Open four times in his career so far.Reuters

Without a shadow of doubt, Rafael Nadal is the best player on clay. He has been incredible during the ongoing Madrid Open as well, where he has demolished opponents en route to yet another ATP final.

World number 4, Nadal will look for his fifth Madrid Open as he prepares for Sunday's final against Andy Murray, who has been equally impressive defeating players such as Kei Nishikori and Milos Raonoic en route to the final.

The Scot outplayed the Japanese star in the semi-final with the score, reading 6-3 and 6-4, and was aggressive  with his forehand and backhand.

"I think today I was pretty aggressive. I tried to dictate a lot of the points, especially when he was serving, and it worked well," ATP's official website quoted Andy Murray as saying.

But Murray is aware of the tough opponents he faces on Sunday, who can defeat any top player on the red surface. The Spaniard might not have looked great in 2015, but he has showed his class in the tournament so far, where he is yet to drop a set.

Murray considers it to be difficult against Nadal in Spain, his hometown. "Against Rafa it is going to be extremely difficult, especially playing here in Spain. I think he's played very well this week, too. Hopefully I can put in a good performance and make it tough for him and see what happens," said Murray.

History also does not side with Murray, who has a disappointing record against the world number 4, where he has lost 15 and only won on five occasions. To make matters worse, Nadal has an undefeated record against Murray on clay.

The last time these two stars met was in 2014 French Open and the Spaniard brushed aside Murray in straight sets, 6-3, 6-2 and 6-1. Will Nadal show no mercy to Murray once again?

The world may be picking Nadal to clinch the title and rightly so, but Murray has all the ammunitions in his bag to create an upset win and take home his second Madrid Masters.

With the crowd rooting for Nadal majorly, the Spaniard is expected to live up to the expectations as well as he has been playing some good tennis.

"For the past couple of days I have been playing better and better every day," said Nadal.

"That's always very good news. I am in the final. I am happy for that. I am enjoying a lot the fact that I am playing in front of an unbelievable crowd. For me, that's the best crowd in the world without any doubt. So that gives me a lot of really positive energy."

Viewers in the US can watch it on Tennis Channel, while the UK viewers can catch it live on Sky Sports 3.

People around the world can stream it live from the official website.

Close
Taj Mahal gets a shower prior to Trump's India visit
Why advertise with us?
most popular