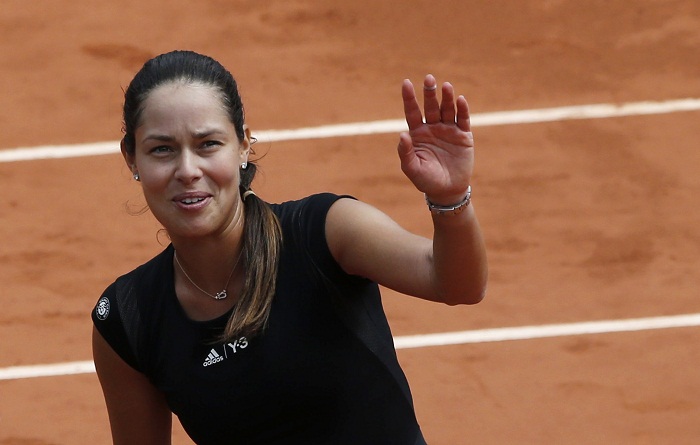 Ana Ivanovic vs Lucie Safarova and Serena Williams vs Timea Bacsinszky would not have been the two predicted semifinal lineups at the start of the French Open. However, with favourites falling by the wayside, only Serena has held her own, with Ivanovic surprising a few with her efforts at Roland Garros, despite being a former winner, while Safarova and Bacsinszky are riding a wave of momentum.

On paper it looks like being an Ana Ivanovic vs Serena Williams final at the French Open, but the only thing that has been predictable about the women's singles this year is that it is unpredictable.

The first semifinal of the day will be between Ivanovic and Safarova, the Czech who knocked out defending champion Maria Sharapova a couple of round earlier.

Safarova was impressive in her quarterfinal match as well, seeing off the challenge of Garbine Muguruza in straight sets to set up this clash against Ivanovic at the Philippe Chatrier on women's singles semifinals day Thursday.

"I am excited and ready," Safarova said after her last-eight victory.

Hunting a first French Open title, indeed Grand Slam, since 2008, Ivanovic will look to move one step closer by topping Safarova. If the Serbian continues to play the kind of tennis she has played the last ten days, especially in the quarterfinal against Elina Svitolina, a place in the final should be hers for the taking.

"I do remember that feeling, but obviously I'm just so thrilled," Ivanovic said after swatting aside Svitolina 6-3, 6-2. "You can't take any victory for granted, let alone for quarterfinal.

"It's not every day that you reach that. It's been a long time. So I really am pleased. I know the feeling and the emotions, and also winning on Philippe-Chatrier, it means a lot to me. I'm very humbled and very much appreciate all the hard work not only I but everyone around me puts to be in this position.

"Seven years ago it was completely different experience. I was a lot younger and I sort of didn't have the experience. I just was so excited and I felt like I can achieve anything. At that point I had so many victories and so many good results. Maybe I didn't appreciate it as much as I do now."

The second semifinal will be between Serena Williams, the world number one, and No.23 seed Timea Bacsinszky, who has done exceedingly well to seal a place in the semifinals of a Grand Slam for the first time.

However, beating the likes of Petra Kvitova and Alison Van Uytvanck, in the fourth round and quarterfinal respectively, is one thing, but stopping Serena is a whole another matter.

"You don't get to be playing a semifinal of a Grand Slam every day, so I really just appreciate the moment for what I did," Bacsinszky said after her 6-4, 7-5 win over Van Uytvanck.

Serena has played better and better as the tournament has progressed, and the 6-1, 6-3 thumping of Sara Errani in the quarterfinals showed the American just might be back to her best.

If Serena plays her best on Thursday, there will be only one winner, and Bacsinszky needs to make it as difficult as possible for her opponent to play to her potential to stand a chance.

"I'm not putting too much pressure on myself... I'm surprised I'm still in the tournament, so this is really cool for me," Serena said.

Audience in the UK can watch the two semifinals Live on ITV or ITV Player, while viewers in rest of Europe can do the same on Eurosport and Eurosport Player.

Viewers in the US can watch the two matches live on NBC Sports and ESPN, with live stream options on NBC Live Extra and Watch ESPN.

Fox Sports and Foxtel Play is the place to be to watch the French Open semifinals live in Australia. Listeners across the world can also catch to the semifinal matches live on Roland Garros Radio.