Sure, they have really juggled up but, in the process, have they truly jumbled up? In a major organizational rearrangement, as the Congress party appoints general secretaries and in-charges of All India Congress Committee, we read between the lines.

Party veterans like Ghulam Nabi Azad and Ambika Soni, senior leaders like Moti Lal Vohra, Luizinho Faleiro and Mallikarjun Khadge have been dropped from the list of general secretaries. It didn't take long for those watching to connect the dots back to the five-page' letter of dissent' written to the party last month. Azad was the senior-most among the total 23 signatories to the letter, which was addressed to Sonia Gandhi, seeking an organisational overhaul of the party's structure and way of functioning.

Replacing Ghulam Nabi Azad as general secretary in-charge of Haryana affairs is Vivek Bansal. Whereas the 'poster boy' of the party from Haryana, Randeep Surjewala has made it to core executive team, the six-member Special Committee tasked with guiding the AICC president Sonia Gandhi. Ambika Soni though has also been dropped from the list of general secretaries but makes it to the Special Committee. Senior leader Mallikarjun Kharge has been dropped from the post of AICC general secretary but will continue as a member of the Congress Working Committee.

The party insiders, however, are not surprised at the reshuffle, which comes almost a fortnight after Sonia Gandhi offered resignation at the Congress Working Committee meeting on August 24, in wake of the letter. This reshuffle carries major symbolism within the party circles, as it is seen as a way of rewarding the loyalists and reprimanding the 'dissenters.' Or those seeking a change.

"The party whole-heartedly appreciates the contribution of outgoing general secretaries Ghulam Nabi Azad, Motilal Vohra, Ambika Soni, Mallikarjun Kharge and Luizinho Faleiro," the statement from the party reads. But it is going to invite a lot more speculation and definitely going to take much more explanation than that.

The cracks get wider...and wider

In its decades-old innings in the country, Congress has had a fair share of time in troubled and deep waters, and has time and again been experienced rebellious voices within the party. But a calm and coordinated dissent of this magnitude is a first even for Congress. The fact that senior veterans and once party heavy-weights like Gulam Nabi Azad, Shashi Tharoor, Manish Tiwari and Kapil Sibal were among the 23 signatories speaks volumes about its internal affairs. The disapproval and doubt over Rahul Gandhi's ability to maneuver the party out of the woods has reached a point where it has gone public. 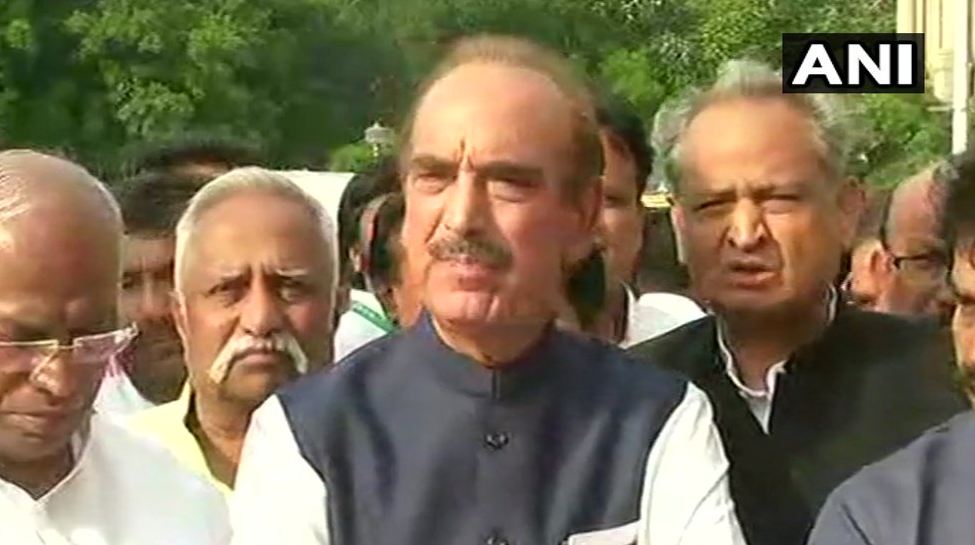 'Now what' is a complicated question for the party. Those watching the party's moves and projecting its future are doubtful of a future itself. Unless, of course, the desperate times are followed up by desperate measures. The recent Rajasthan crisis in the party was again a metaphor for the much bigger festering crisis within the party.

There is no dearth of worthy candidates; young and energetic or experienced and wise. At the stormy CWC meeting last month, it was decided that Sonia Gandhi continues as interim president until an election is conducted to fill the party's next president's post within six months. Who fills in this post will be a major starting point for any guessing game on the future of Congress.

COVID vaccine for everyone above 18; India's third phase to begin on May 1 [Details]