Rajamouli to bring Alia, Prabhas together for an upcoming project?

Many celebrities are in awe of Prabhas' work and the latest celebrity to join the fan club is none other than the Bollywood actress Alia Bhatt.

The popularity of Prabhas is no longer just limited up to south India only. With Baahubali and Saaho, he has transcended boundaries. The massive success of both the films in the Hindi belt is the testimony to the success he has earned.

Many celebrities are in awe of Prabhas' work and the latest celebrity to join the fan club is none other than the Bollywood actress Alia Bhatt. 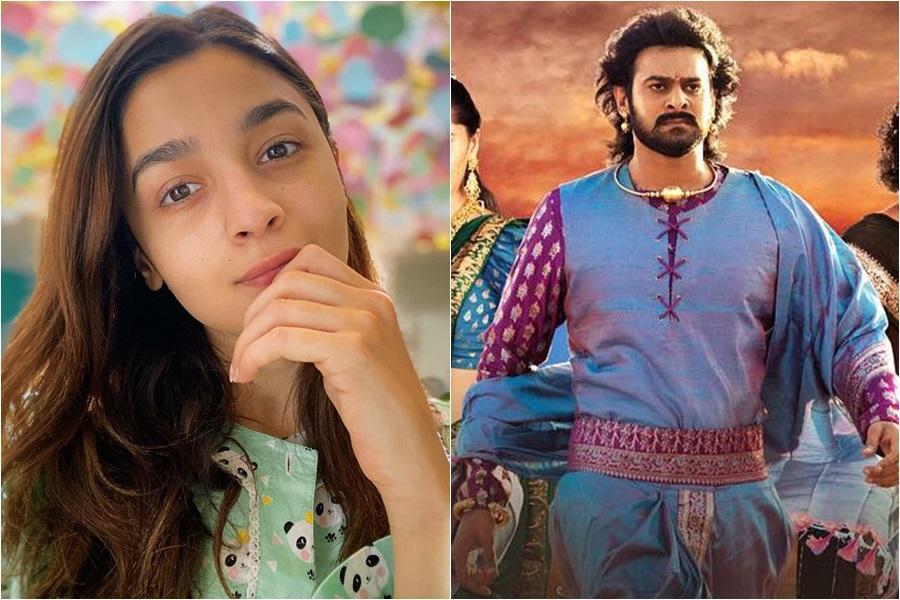 Alia to work in Rajamouli's RRR

She even added that she will definitely not let go off a chance if she ever gets to work with him. Well, who knows, the same Rajamouli who made Baahubali, and has roped in Alia for RRR, might make a movie with both of them someday?

Many thought that she would be naming someone like Allu Arjun or her co-star Ram Charan Tej. But surprisingly, Alia has taken the name of Prabhas. On the work front, Alia is expected to join the sets of RRR post lockdown, and she will begin it with shooting for a song with Ram Charan Tej. So Alia is all set to step into the shoes of Sita.

On the work front, Prabhas is busy with his upcoming film directed by Radha Krishna Kumar. Touted to be a period drama, the untitled film is set against the backdrop of Paris in the 1920s and the protagonist will reportedly be seen as a fortune-teller. While Pooja Hegde is playing the love interest to Prabhas, Bollywood actress Bhagyashree will be seen as his mother. Besides this project, Prabhas signed his next film with Mahanati fame Nag Ashwin.