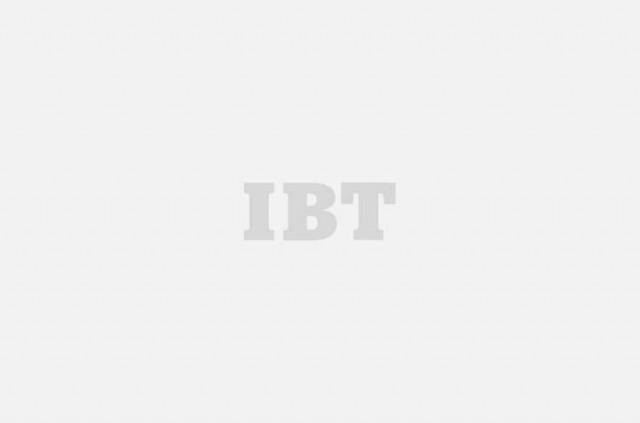 Devotees worship the Sun god Surya in the polluted waters of the river Yamuna.
2 of 22

Egyptians crowd a public beach during a hot day in the Mediterranean city of Alexandria.
Advertisement1
3 of 22 Trash floats on top of the polluted water of Billings reservoir in Sao Paulo.
4 of 22 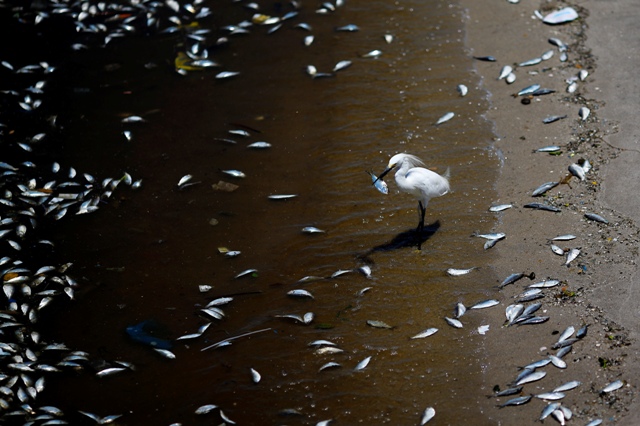 A bird eats a fish surrounded by dead fish on the banks of the Guanabara Bay in Rio de Janeiro.
6 of 22 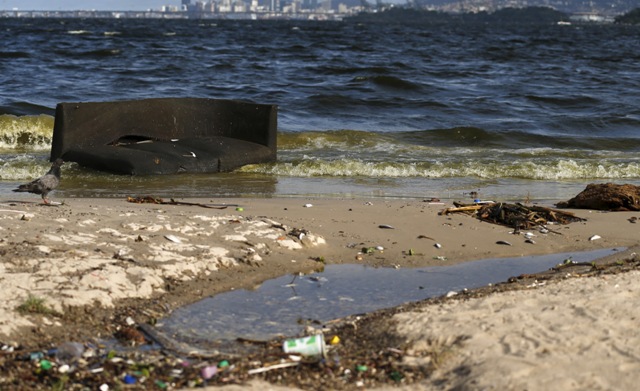 A sofa is pictured in the Sao Bento beach at Guanabara Bay, which receives waters from polluted rivers in Rio de Janeiro.
7 of 22 An aerial view shows illegally built slums on the border of the polluted water of Billings reservoir in Sao Paulo.
8 of 22 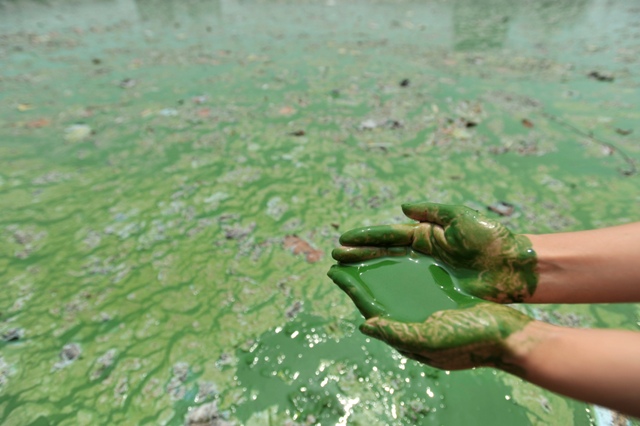 A man cups algae-filled water in his hands at the Donghu Lake in Wuhan, Hubei province.
9 of 22 A man points to water and soil which turned red after being contaminated by industrial waste from a closed dye factory in Ruyang county, Henan province.
10 of 22 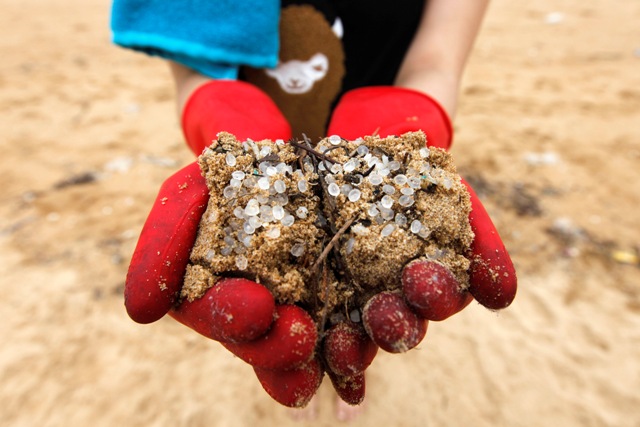 A volunteer holds sand mixed with plastic pellets during a clean-up of a beach during Hong Kong's Discovery Day.
11 of 22 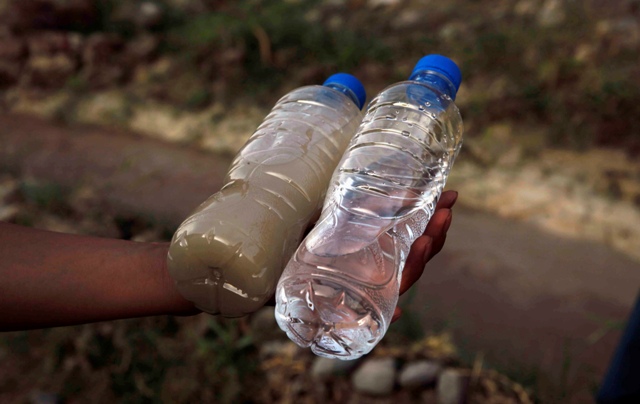 A villager holds two bottles of water, one from a white polluted stream (L), and the other normal mineral water, in Dongchuan district of Kunming, Yunnan province.
12 of 22 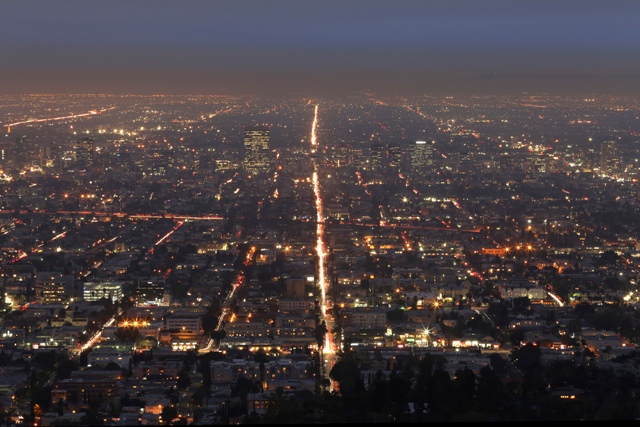 A view of Los Angeles, California. Credit: Reuters
13 of 22 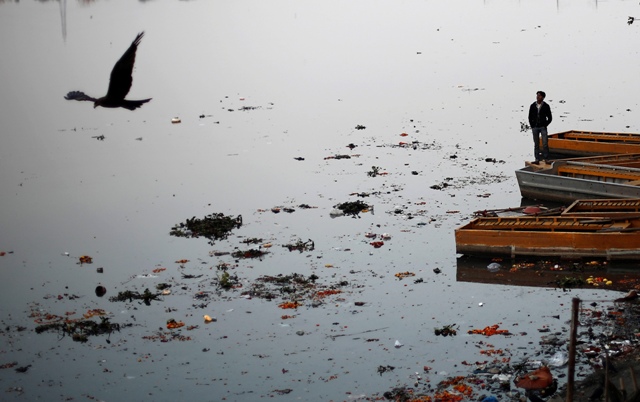 A man stands on a boat on the banks of the river Yamuna in New Delhi. Credit: Reuters
14 of 22 Biologist Mario Moscatelli stands on rubbish on the banks of Cunha channel, which flows into Guanabara Bay, in Rio de Janeiro. Credit: Reuters
15 of 22 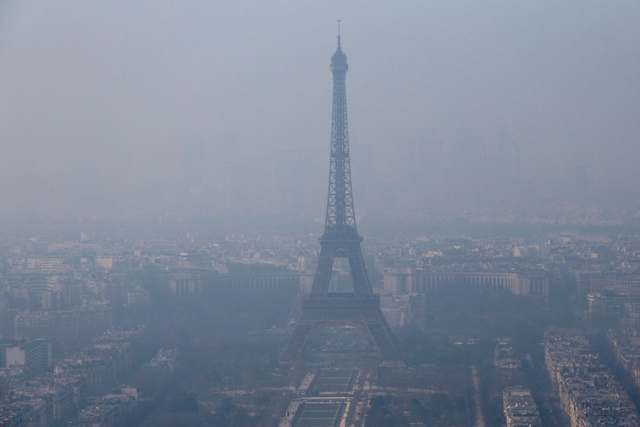 A general view shows the Eiffel Tower and the Paris skyline through a small-particle haze. Credit: Reuters
16 of 22 Scrapped high-emission vehicles are seen piled up at a dump site of a recycling centre, waiting to be dismantled, in Yiwu, Zhejiang province. Credit: Reuters
17 of 22 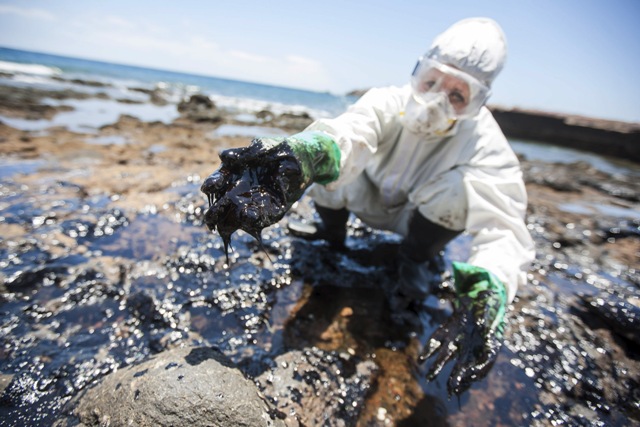 A volunteer collects fuel oil from rocks at the 'Muelle Viejo' beach in Gran Canaria in Spain's Canary Islands. Credit: Reuters
18 of 22 A man drives a boat along a river polluted by leaked fuel, in Shaoxing, Zhejiang province, China. Credit: Reuters
20 of 22 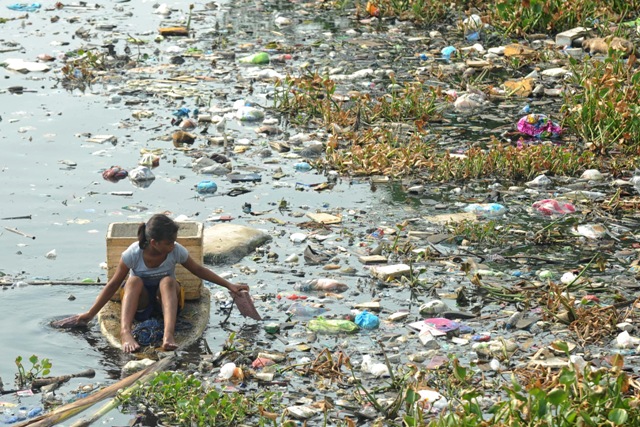 A woman paddles in a makeshift boat as she collects recyclable trash from a polluted river in Navotas city. Credit: Reuters
21 of 22 Cars are stuck in a traffic jam during sunset in Moscow, Russia. Credit: Reuters
22 of 22