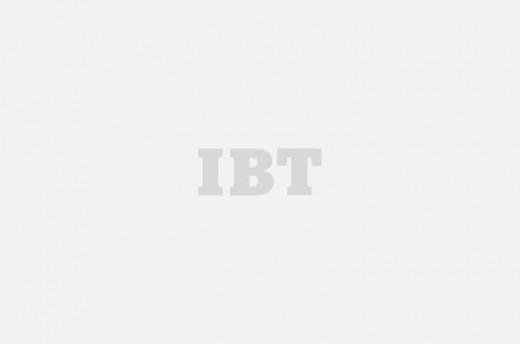 A tall, air-conditioned truck, fully decorated with white flowers -- her favourite colour -- carried her body which was first draped in the National Tricolour and then accorded a police gun salute, as cries of "Sridevi Amar Rahe" rent the air. Credit: Varinder Chawla
Advertisement1
3 of 5 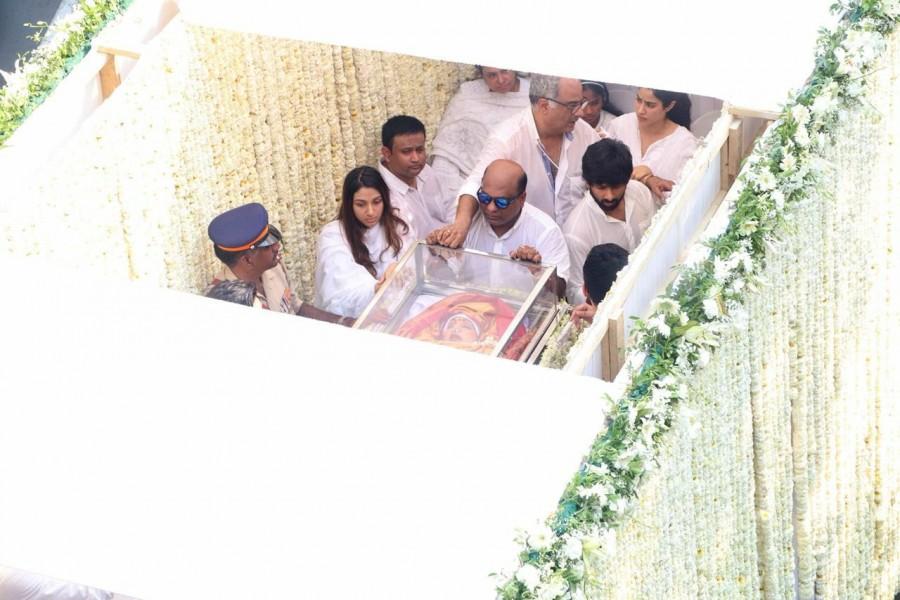 Maharashtra government has accorded full state honours for the funeral of Sridevi, who was conferred a Padma Shri in 2013, which included draping her body in the national Tricolour, elaborate arrangements by the Mumbai Police, and a gun salute before the cremation. Credit: Varinder Chawla
4 of 5 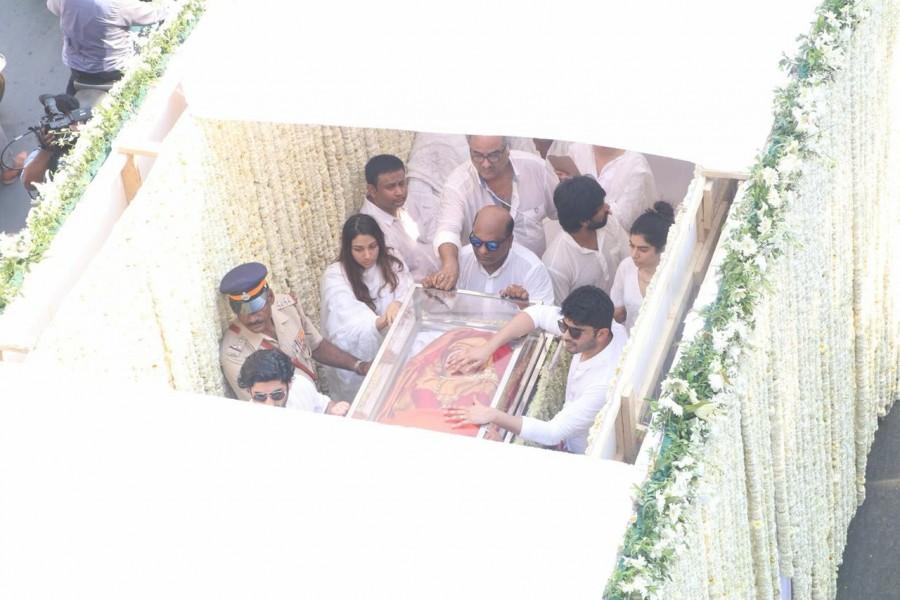 Inside, Sridevi was lying serene with full make-up, a large south Indian style 'sindoor' wearing a ceremonial gold and maroon Kanjeevaram sari, a necklace, since she died a 'suhaagan' (still married), and almost appeared like a goddess in a deep slumber. Credit: Varinder Chawla
5 of 5 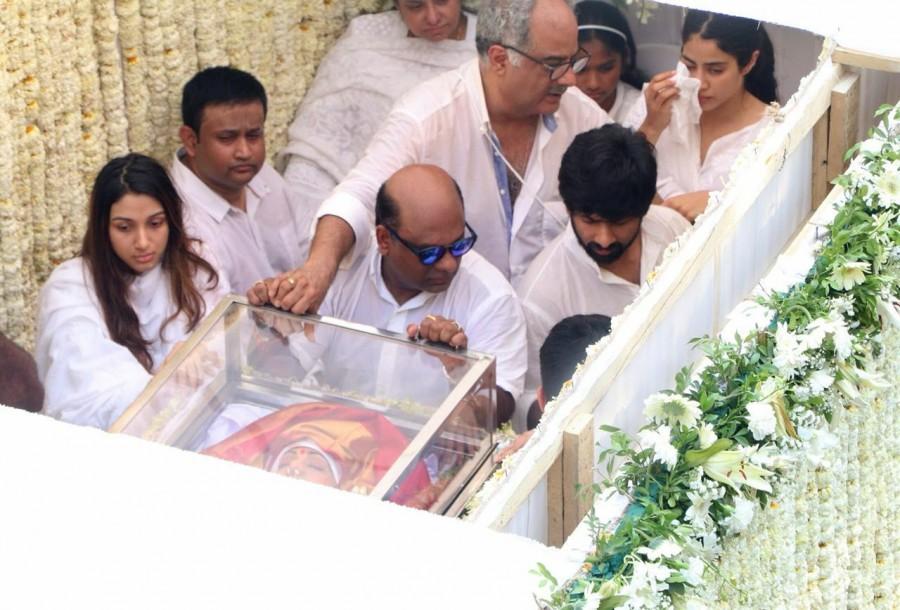 Her grieving family members, including husband Boney Kapoor, his son Arjun Kapoor and brothers Anil Kapoor and Sanjay Kapoor were among those who travelled in the truck with the body. Credit: Varinder Chawla
Advertisement
Related Articles
Advertisement
Latest Gallery