The US military on Thursday dropped a massive GBU-43 bomb, also known as the "mother of all bombs", in eastern Afghanistan on a series of caves used by the Islamic State. The 9,525 kg bomb was dropped in the Achin district of the Nangarhar province in eastern Afghanistan. The Pentagon has confirmed the use of the MOAB, and was assessing damage. General John Nicholson, commander of US forces in Afghanistan, signed off on its use, CNN reported. Authority was also sought from General Joseph Votel, commander of US Central Command (CENTCOM). An Afghan National Army (ANA) official, who did not want to be named, was quoted by TOLONews as saying that they were not aware of the size of the bomb but that the US had been using different types of weapons against the IS and other militants for the past few months. Credit: Reuters
2 of 4

Meanwhile, NATO's Resolute Support Mission in Afghanistan confirmed the strike, and said US Forces-Afghanistan conducted the strike on a IS tunnel complex in Achin district as part of ongoing efforts to defeat the group in Afghanistan. "The strike was designed to minimize the risk to Afghan and U.S forces conducting clearing operations in the area while maximizing the destruction of IS fighters and facilities," read the statement. The Air Force developed the MOAB in 2003, but it had never been used in combat until on Thursday. The use of the bomb comes as the US involvement in Afghanistan heads into its 16th year in the fall, and days after a US Special Forces operator was killed in the same region. Credit: Reuters
Advertisement1
3 of 4 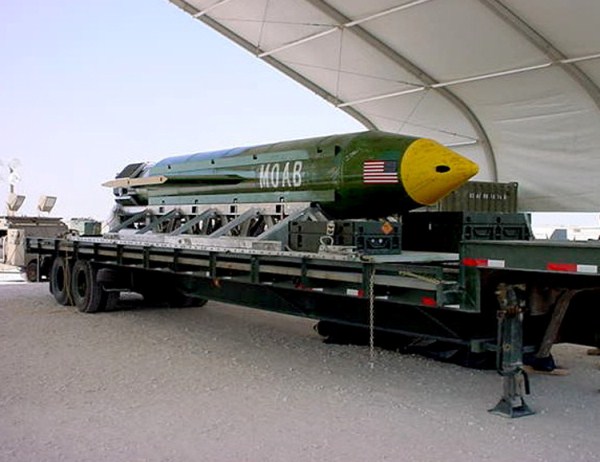 The MOAB was designed to target large below-ground areas. It would have "feel like a nuclear weapon to anyone near the area," Lieutenant Colonel Rick Francona (ret.) told CNN. The GPS-guided munition would have already been in country before it was dropped out of an MC-130 aircraft, operated by Air Force Special Operations Command, military sources told CNN's Barbara Starr. "The strike was designed to minimize the risk to Afghan and US Forces conducting clearing operations in the area while maximizing the destruction of the IS fighters and facilities," CENTCOM said in a statement. Credit: Reuters
4 of 4 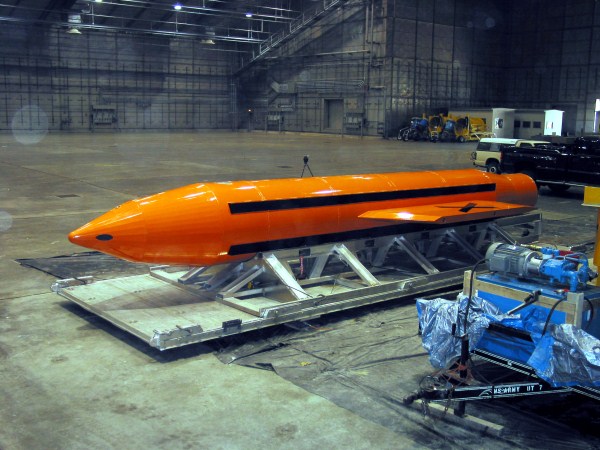 Nicholson described the MOAB as "the right munition to reduce" the improvised explosive devices (IEDs), bunkers and tunnels IS is using to "thicken their defence". The bomb will also "maintain the momentum of our offensive against IS," he said. The Air Force "took every precaution to avoid civilian casualties," CENTCOM said. A peace conference on Afghanistan is scheduled to begin on Friday in Moscow, involving the Afghan government and representatives of twelve other nations. Neither the Taliban nor the IS were invited. The US was invited to the conference, but reportedly declined to participate. Credit: Reuters
Advertisement
Related Articles

Monkeypox spreading in Europe, rises to six cases in Netherlands