Kannada film superstar Upendra on Tuesday announced formation of a new political party which will contest the coming assembly elections in Karnataka early next year. "I want my party to be run by the people for the people to meet their needs. It is an open platform for people to bring forth their ideas for a better society," Upendra told reporters at a news conference held at Gandhi Bhavan here. "Ever since I've entered films, I've expressed my desire to step into politics. I've been wanting to bring about a change in governance and to serve people," said the 50-year-old Upendra, who was clad in khaki, and accompanied by his actress wife Priyanka Upendra, parents and members from the Kannada film industry. Credit: Upendra/FB
2 of 5

The Karnataka Pragnyavantha Janata Party (or Karnataka Enlightened People's Part), has been announced just two days after Prime Minister Narendra Modi visited the state expressing confidence in his Bharatiya Janata Party winning the upcoming state polls. Upendra said that his party will contest from all the 224 assembly constituencies. Credit: Upendra/FB
Advertisement1
3 of 5 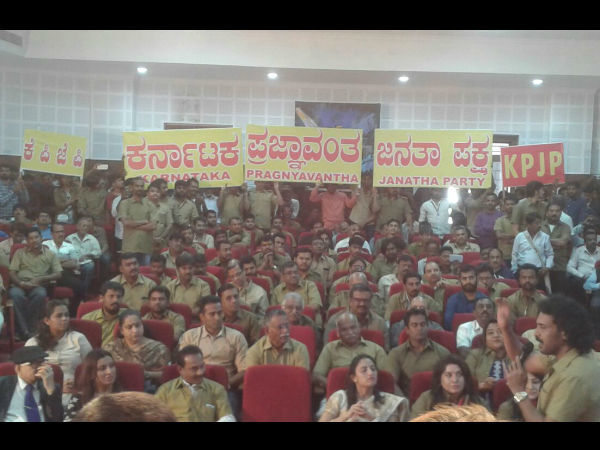 Asserting the party would focus on education, infrastructure and agriculture, he said: "I've been asking people to give me suggestions on the areas we need to work on. Many youngsters have expressed their disappointment with the current education system, which we want to transform." Credit: Upendra/FB
4 of 5 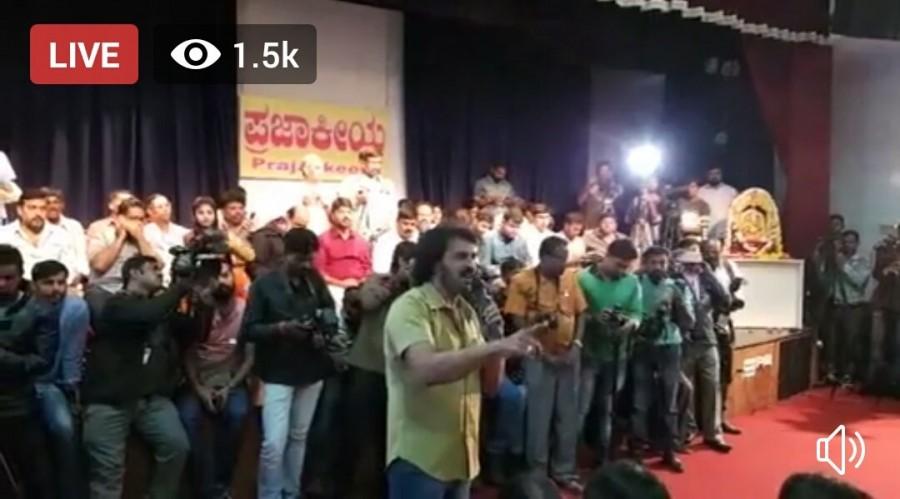 Stressing on the need to focus on the betterment of villages in the country, he said that "smart villages" are necessary for making smart cities. Upendra said that the party's mobile application and website would be launched on November 10. Credit: Upendra/FB
5 of 5 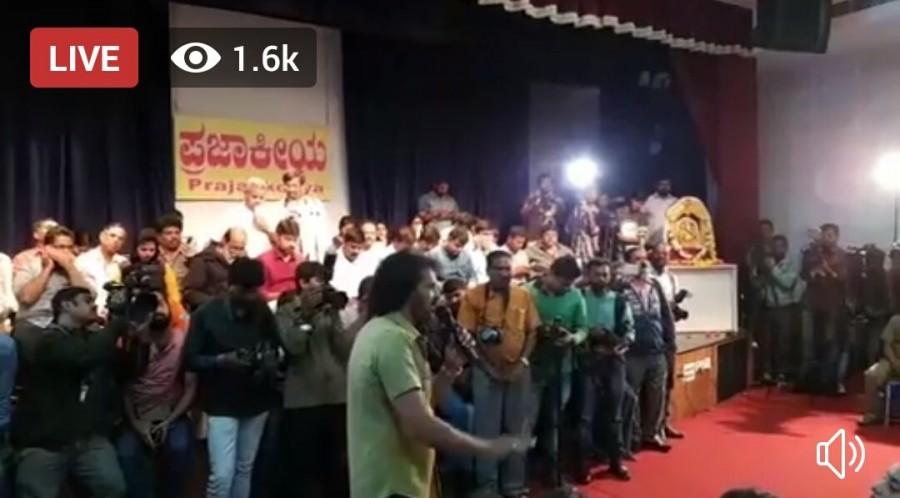 KPJP has been registered on the Election Commission of India's website but is yet to finalise its symbol. Credit: Upendra/FB
Advertisement
Related Articles
Advertisement
Latest Gallery