Supporters of Fanmi Lavalas political party march in the streets of Port-au-Prince, Haiti. With paper ballots counted laboriously by hand, election results typically take a week to be announced in Haiti. But less than 24 hours after polling centres had closed, some candidates and their supporters claimed they had won, leading to chaotic scenes in the capital where guards were forced to shoot into the air to clear a celebrating crowd. Credit: Reuters
2 of 5

Haitian National Police officers clear a barricade set up by supporters of Fanmi Lavalas political party during a demonstration in the streets of Port-au-Prince, Haiti. Credit: Reuters
Advertisement1
3 of 5 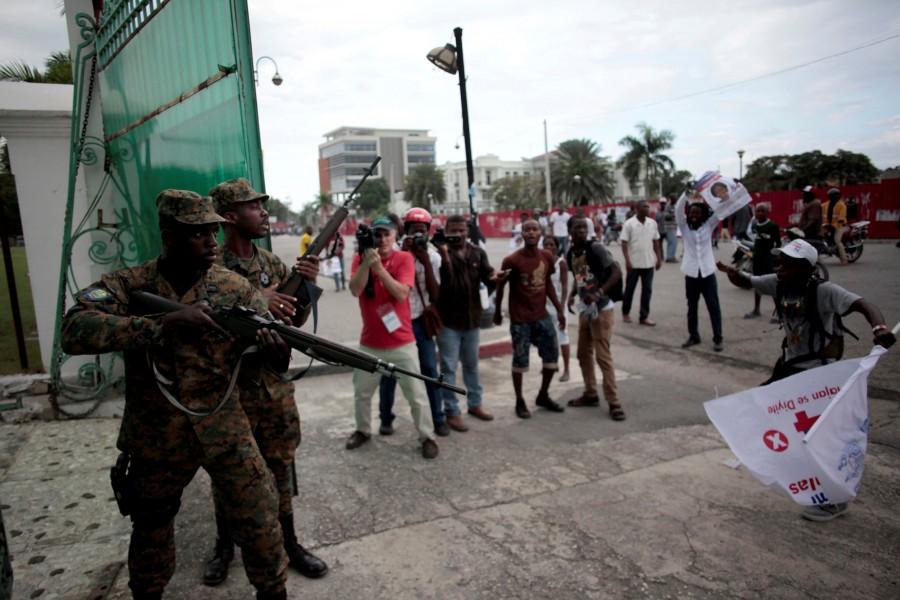 Members of the General Security Unit of the National Palace (USGPN) try to disperse supporters of Fanmi Lavalas political party as they march next to the National Palace of Port-au-Prince, Haiti. Election tensions spilled onto Haiti's streets on Monday with shots fired outside the presidential palace as various candidates claimed victory in a re-run vote in the impoverished Caribbean country. Credit: Reuters
4 of 5 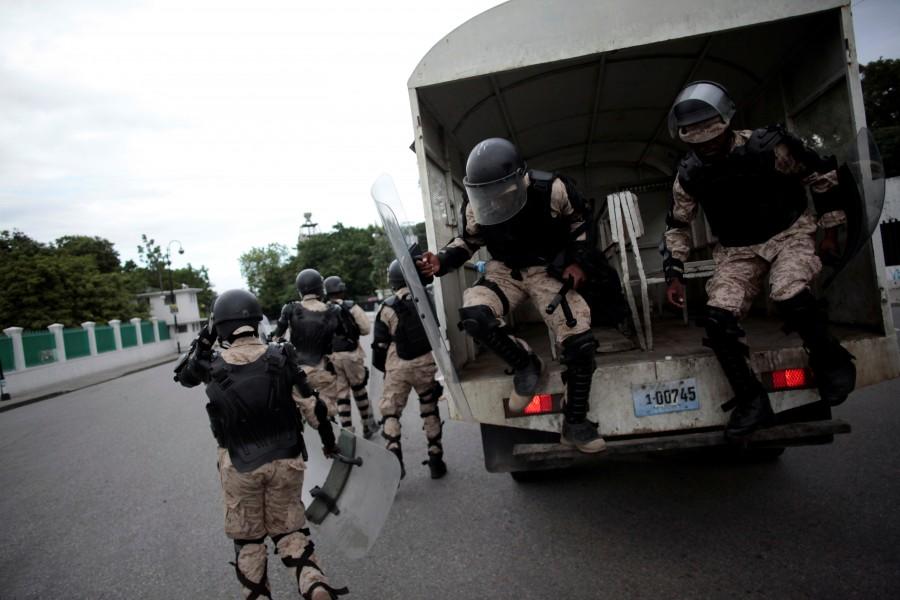 National Police officers deploy to disperse supporters of Fanmi Lavalas political party as they march next to the National Palace of Port-au-Prince, Haiti. The vote was first held in October 2015, but then annulled over complaints of fraud in the first round after Jovenel Moise, the candidate of former President Michel Martelly's Bald Heads Party, finished ahead of Jude Celestin, previously boss of a state construction company. Further disputes ensued and a fresh vote due last month was postponed when Hurricane Matthew struck. Credit: Reuters
5 of 5 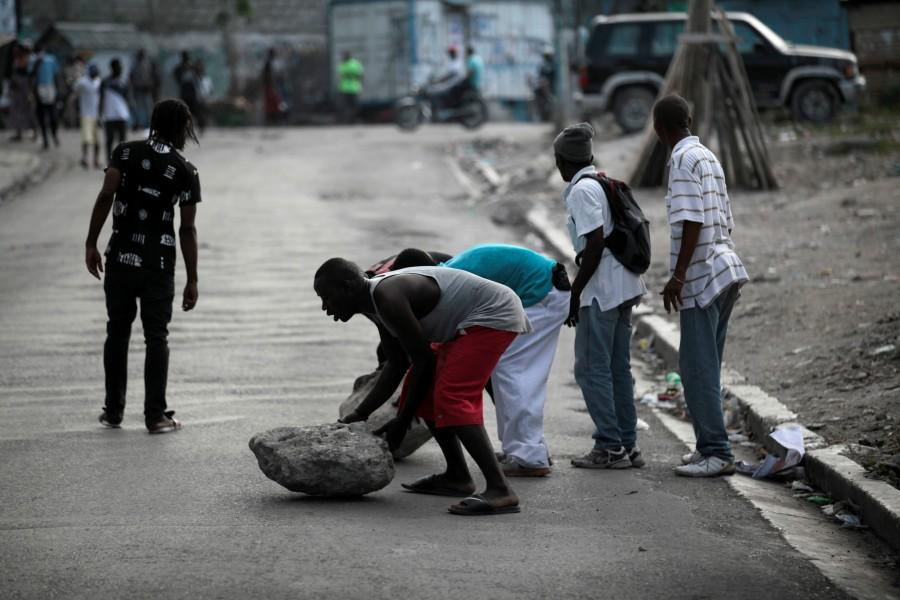