President of the Swiss Confederation Doris Leuthard, who is on a four-day visit to India, received a ceremonial welcome at the Rashtrapati Bhawan on Thursday. Accompanied by senior government officials and a business delegation of leading Swiss companies, Leuthard was welcomed by President Ram Nath Kovind and Prime Minister Narendra Modi. Credit: Twitter/PIB_India
2 of 5

"I hope this visit will boost Indo-Swiss ties. Pending negotiations on trade and partnership will be done. We will try to have a new investment protection agreement," she said after the ceremonial. "Switzerland is one of the most innovative countries in the world...that will bring jobs to India," she added. Credit: Twitter/PIB_India
Advertisement1
3 of 5 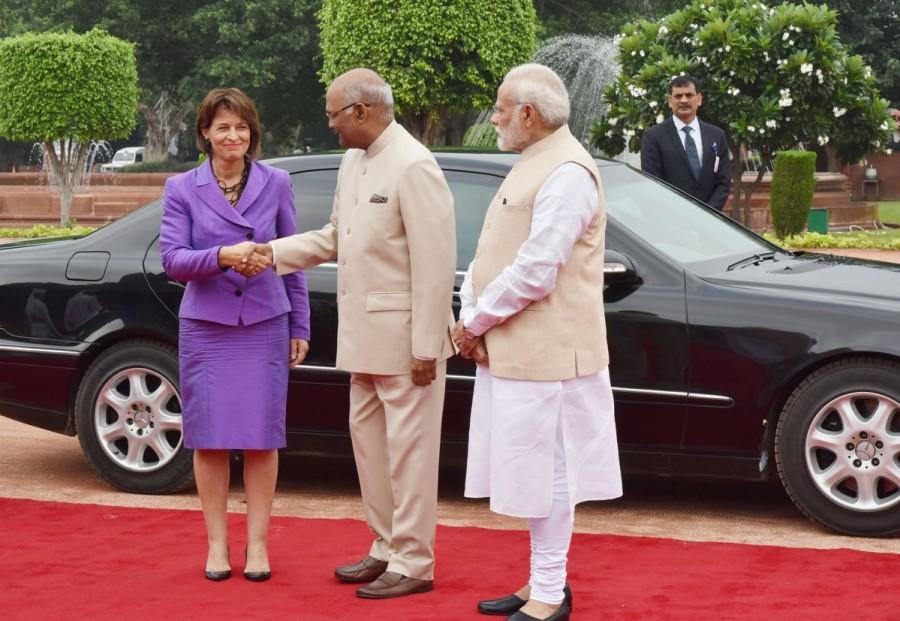 Ministry of External Affairs spokersperson Raveesh Kumar tweeting the event said "a friendship based on shared values of democracy. President Doris Leuthard receives ceremonial honours..." Switzerland is the seventh largest trading partner for India with a total bilateral trade, including merchandise exports, bullion and IT services and software exports, amounting to $18.2 billion in 2016-17. Credit: Twitter/PIB_India
4 of 5 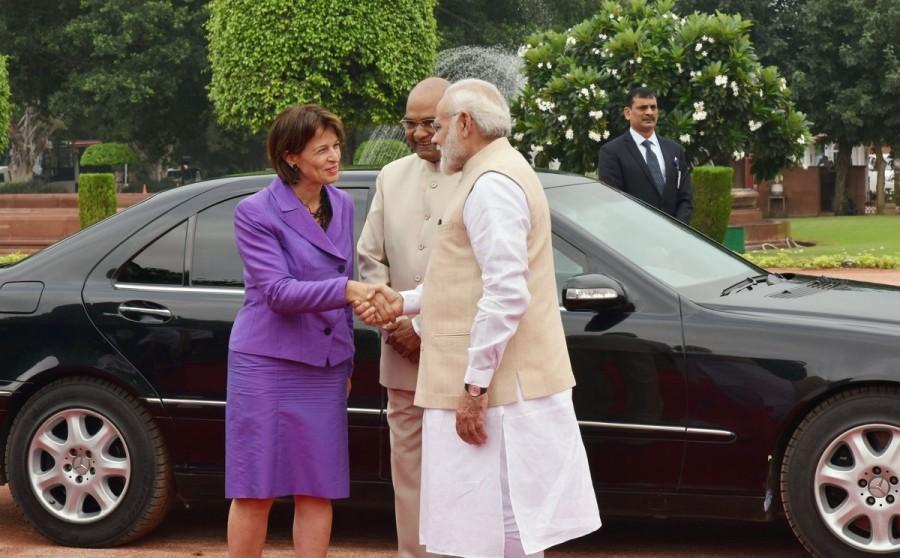 From April 2000 to September 2016, Switzerland invested approximately $3.57 billion in India, thus becoming the 11th largest investor and accounting for about 1.2 per cent of total foreign direct investment (FDI) in India during this period. About 100 Indian companies have invested around $1.42 billion between 2013-14 and 2015-16 in Switzerland, placing it among the top five European investment destinations and top 10 places globally for Indian investors. Credit: Twitter/PIB_India
5 of 5 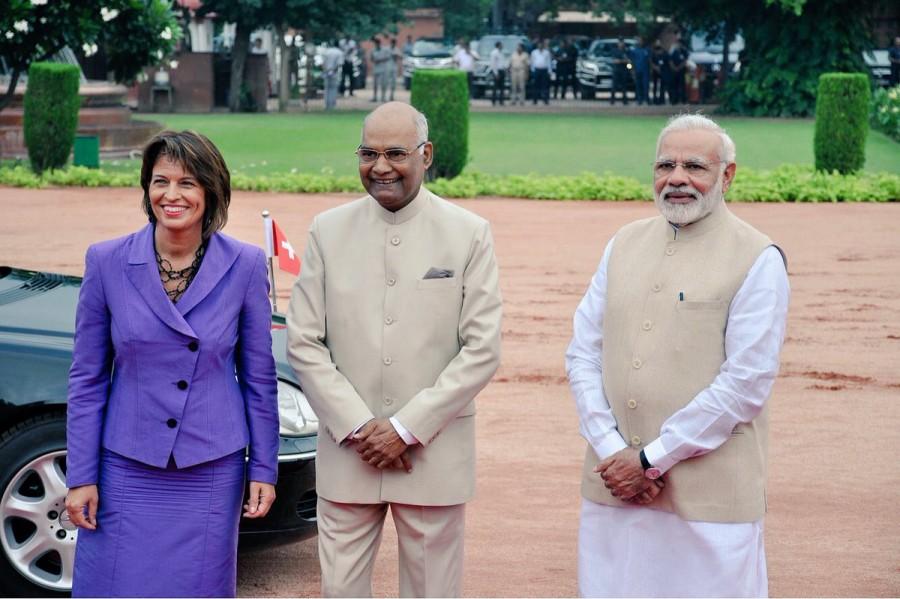 Major Indian IT companies including TCS, Infosys and Tech Mahindra have their offices in that country and provide services to major Swiss pharmaceutical companies, banks and insurance firms. Modi visited Switzerland in June 2016 in what was the first prime ministerial visit from India in several decades. Credit: Twitter/PIB_India
Advertisement
Related Articles