Brij Mohan Amar Rahe is a comedy-crime-drama film directed by Nikhil Bhat is coming this December. It is about a 36-year-old married man who is tired of his uninteresting life. He decides to fake his own death and transforms into a different person in order to have a new beginning. However, due to some twisted scenes, he ends getting sentenced to death for his own murder.
Advertisement1
3 of 7 Tumhari Sulu is a very happy- go- lucky movie directed by Suresh Triveni that came out on 17th November. Vidya Balan, the lead is a housewife known as Sulochana being nicknamed as Sulu wins a pressure cooker through a radio contest that she had taken part in. However, she ends up getting a job of an RJ where she is made to anchor a night show to chat with unknowns and lonely souls.
4 of 7 Ribbon is a story about a non-filmy and real-life urban couple who are married and who live together. The movie, released on 3rd of November, talks about a married couple Sumeet Vyas (Husband) and Kalki Koechlin (Wife) and their daily life challenges.
5 of 7 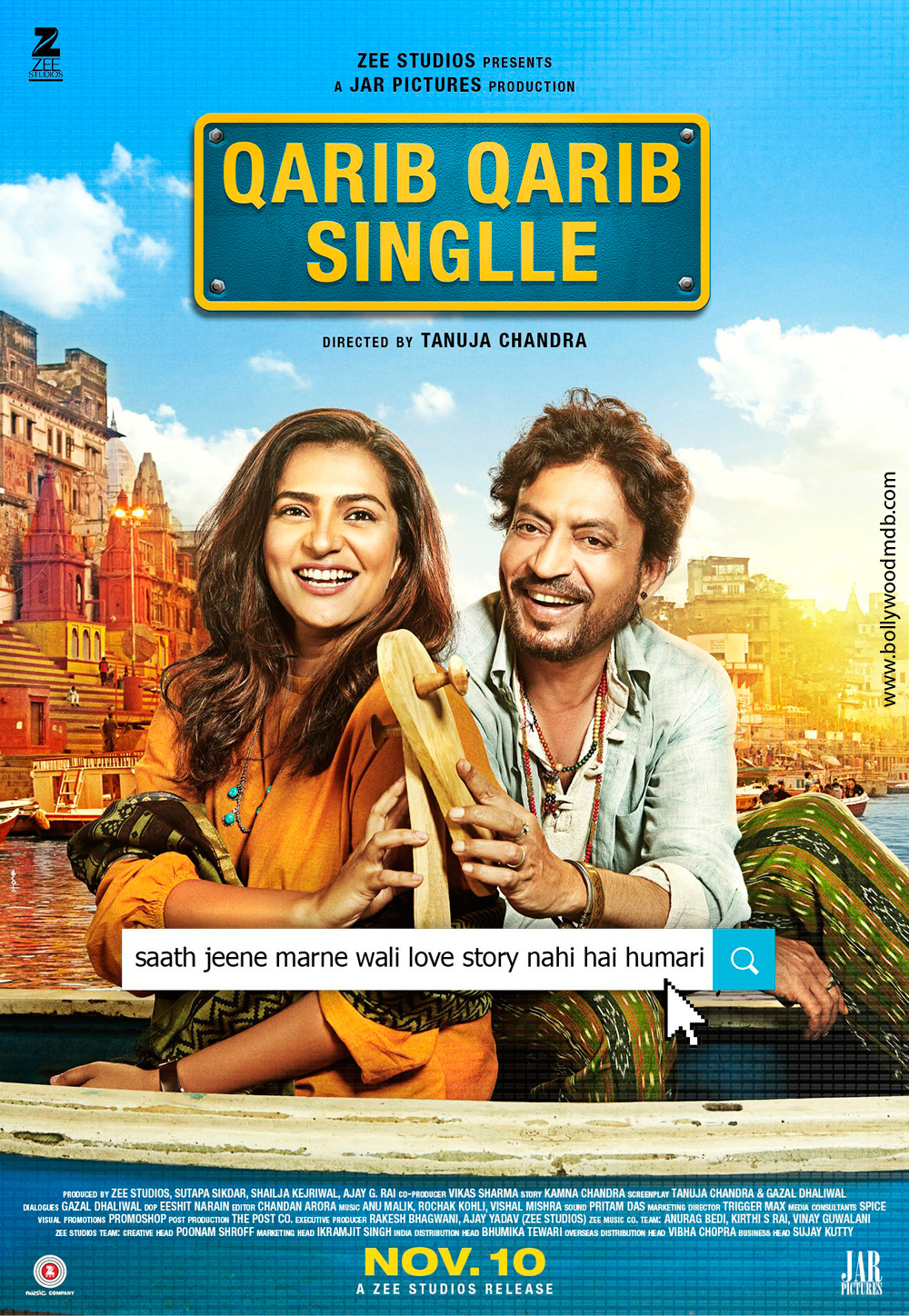 Tanuja Chandra’s Qarib Qarib Singlle was released on 7th November starring Irrfan Khan as Yogi and Parvathy as Jaya. The movie is a story about two people with totally different personalities having a crazy trip to Rishikesh after meeting each other via an online dating app.
6 of 7 Monsoon Shootout directed by Amit Kumar and produced by Guneet Monga, Anurag Kashyap, Arun Rangachari and Vivek Rangachari. Nawazuddin as Shiva plays a lead role in the movie. In, the movie, as the monsoon lashes Mumbai, Shiva, a rookie cop struggles to live out two different possible futures after confronting a notorious hit man.
7 of 7 Ajji is a Hindi language drama film directed by Devashish Makhija released on 24th November that shows about a little girl Manda that is found raped and dumped in a garbage heap. Her parent’s priority was their daughter’s survival and then to forget about it and begin with a new life. But, since the raper was a Politician’s Son, the cops act powerless and that’s when Ajji (grandmother) comes in action and fights to get justice for her granddaughter.
Advertisement
Related Articles
Advertisement
Latest Gallery