Modi arrived at the Poonthura Community hall to interact directly with the families of the fisherfolk whose near and dear ones either died or remain missing, giving them a patient hearing as Union Tourism and IT Minister K.J. Alphons translated what they were saying. It was after that the Prime Minister went on to the stage and spoke briefly. Credit: Twitter/PIB_India
2 of 5

"The cyclone hit Lakshadweep, Kerala and Tamil Nadu and many of the fishermen are yet to return. We have taken quick action by first sending Defence Minister (Nirmala Sitharaman). The whole country is with you in your grief," he said to claps from the grief-stricken families. Credit: Twitter/PIB_India
Advertisement1
3 of 5 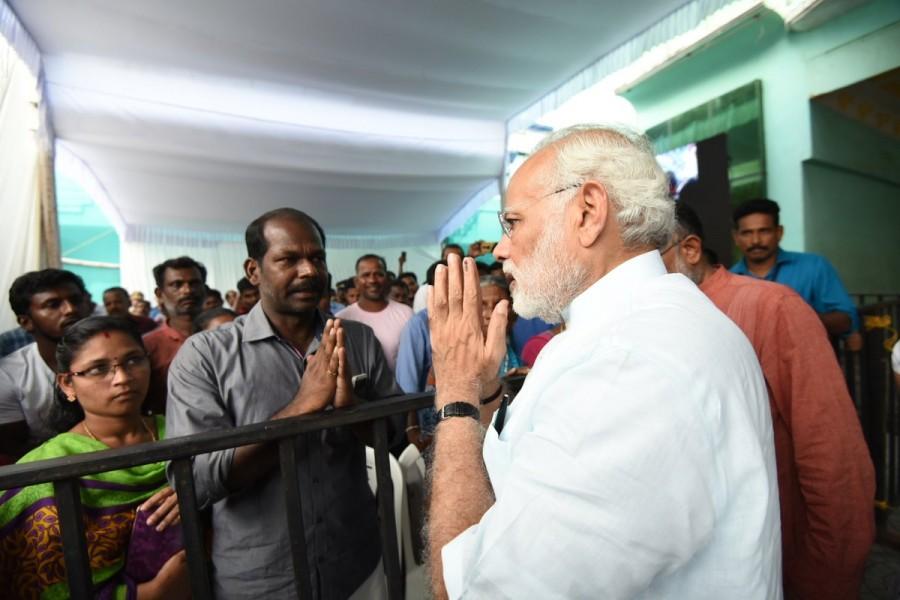 Kerala Chief Secretary K.M. Abraham made a power presentation highlighting the various needs of the fishermen. The Kerala government sought a Rs 7,340 crore package that included compensation for the 71 dead, help to the permanently disabled, construction of homes, educational assistance and writing off of loans and other programmes meant for the overall upliftment of the fisherfolk. Credit: Twitter/PIB_India
4 of 5 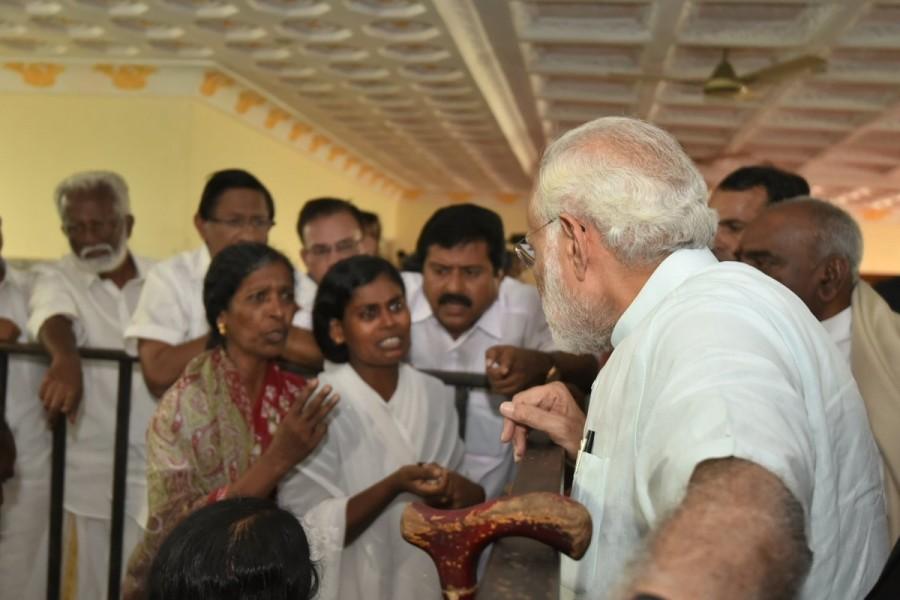 Modi flew into Kerala from Lakshwadeep where the cyclone had damaged property and was received by Vijayan. Modi then went by helicopter to Kanyakumari in neighbouring Tamil Nadu before returning to Kerala in the evening and going to Poonthura. In Tamil Nadu, Modi visited Kanyakumari and met representatives of fishermen and farmers affected by Ockhi. Credit: Twitter/PIB_India
5 of 5 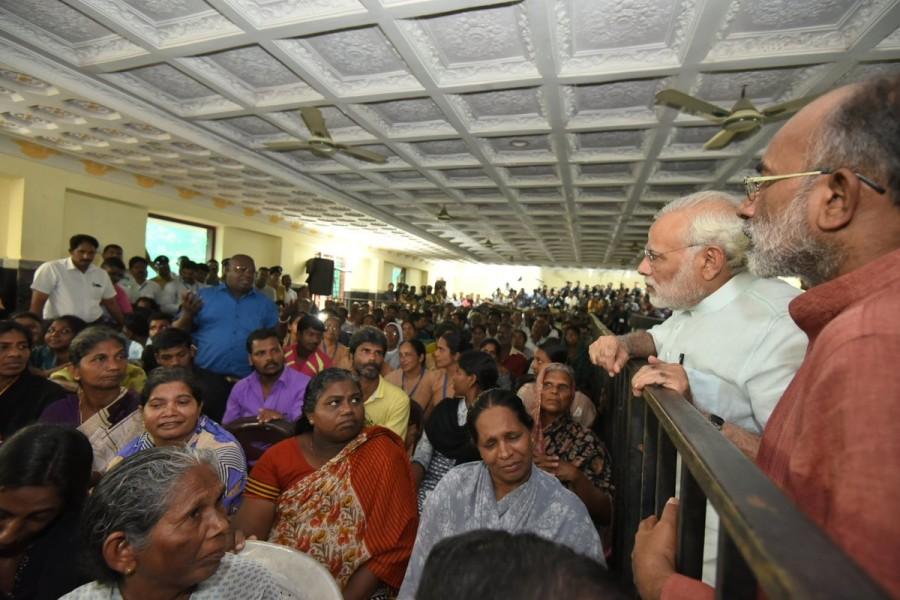 The Tamil Nadu government has asked the Centre for Rs 9,302 crore towards relief and rehabilitation and urged the Prime Minister to declare the cyclone damage as a `National Disaster'. Large tracts of rubber and banana plantations were affected due to the cyclone. More than 70 fishermen from the southern districts of Thiruvananthapuram and Kollam in Kerala died in the cyclone while more than 250 remain missing. According to officials, the cyclone killed 18 people in Tamil Nadu while several others are still missing. Credit: Twitter/PIB_India
Advertisement
Related Articles

Centralization of even state subjects is not conducive for a diverse country like India: YV Reddy
Advertisement
Latest Gallery