Relentless lava flow from Hawaii's Kilauea volcano which had erupted 19 days ago, has now reached the Puna Geothermal Venture property, Hawaii County's civil defence agency said. The plant produces electricity by bringing steam up from underground wells and funnelling it to a turbine generator, reports CNN. Officials are trying to prevent possible explosions or the release of toxic fumes by "quenching" most of the wells, Hawaii Emergency Management Agency spokesman Thomas Travis said on Tuesday. Quenching starts with filling underground wells with cold water. So far, 10 of the 11 wells at the geothermal plant have been quenched, according to agency officials. Travis said workers might also try to plug the wells, perhaps by filling them with mud and capping them with iron plugs. Meanwhile, toxic sulphur dioxide gas is still spewing from cracks in the earth's surface after the eruption that took place on May 3 prompting massive evacuations from the adjoining areas of Leilani Estates and the adjacent Lanipuna Gardens located on the Big Island. Credit: Reuters
2 of 5

A latest eruption took place early Tuesday morning. Residents "should be prepared to leave the area with little notice due to gas or lava inundation", Hawaii County's civil defence agency said. Since Kilauea's eruption, rivers of fire have swallowed at least 40 structures, hurled lava through cracks in the earth's surface and devastated livelihoods, reports CNN. The lava entered the Pacific Ocean on May 19. Credit: Reuters
Advertisement1
3 of 5 A helicopter flies over the laze as lava pours into the ocean during the eruption of the Kilauea Volcano near Pahoa, Hawaii, U.S., May 24, 2018. Credit: Reuters
4 of 5 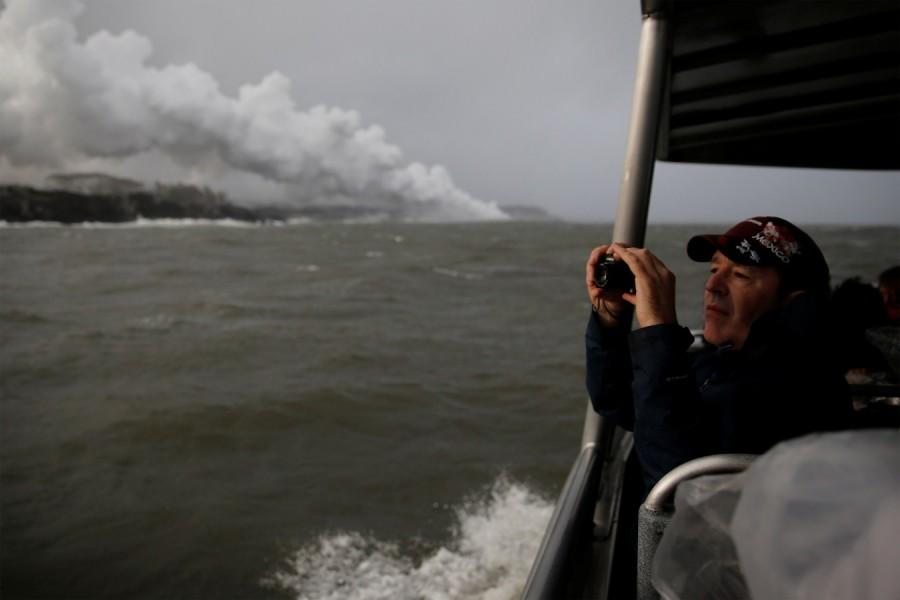 A spectator aboard a tour boat takes photos of the lava hitting the ocean during the eruption of the Kilauea Volcano near Pahoa, Hawaii, U.S., May 24, 2018. Credit: Reuters
5 of 5 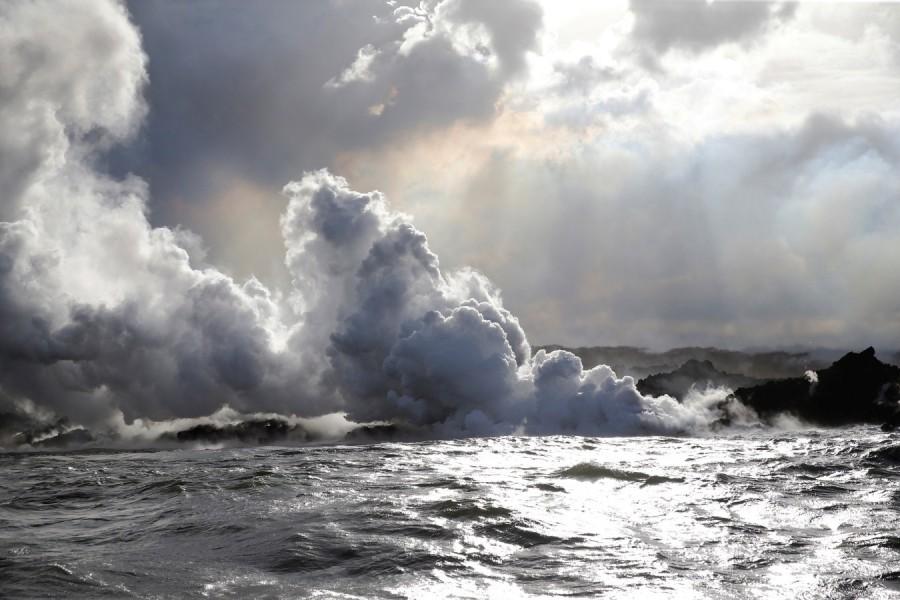 After crossing Highway 137, laze rises where lava hits the ocean during the eruption of the Kilauea Volcano near Pahoa, Hawaii, U.S., May 24, 2018. Credit: Reuters
Advertisement
Related Articles
Advertisement
Latest Gallery