A B-52 bomber is watched by a group of curious onlookers as it lands at RAF Fairford, February 21, 1999. The B52s arrived from the U.S.A. as part of NATO's preparations for air attacks on Yugoslavia as tensions in the Kosovo crisis increased. Credit: Reuters
2 of 5

A man pats a dog in front of local red cross office and police station destroyed in last night's NATO air strikes on Kosovo's capital Pristina March 29. Residents of Pristina, capital of the southern Serb province, reported huge explosions throughout the province overnight. Jets were visible in the skies over Pristina and the aircraft flew very low, witnesses said. Credit: Reuters
Advertisement1
3 of 5 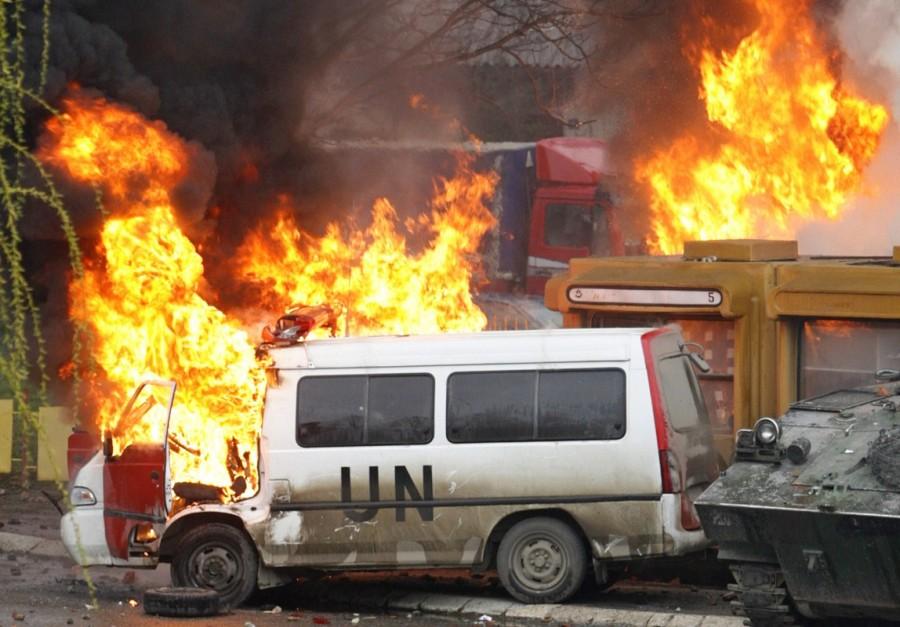 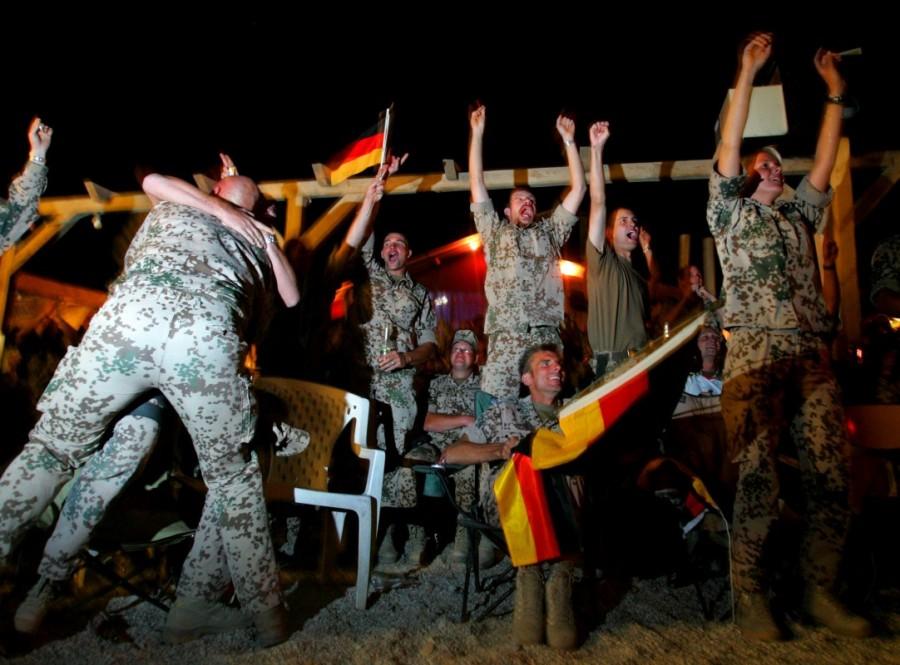 German soldiers from the NATO-led international peacekeepers cheer, as they watch Germany score a goal against Costa Rica during the opening soccer match of the World Cup on television, in Kabul June 9, 2006. Credit: Reuters
5 of 5 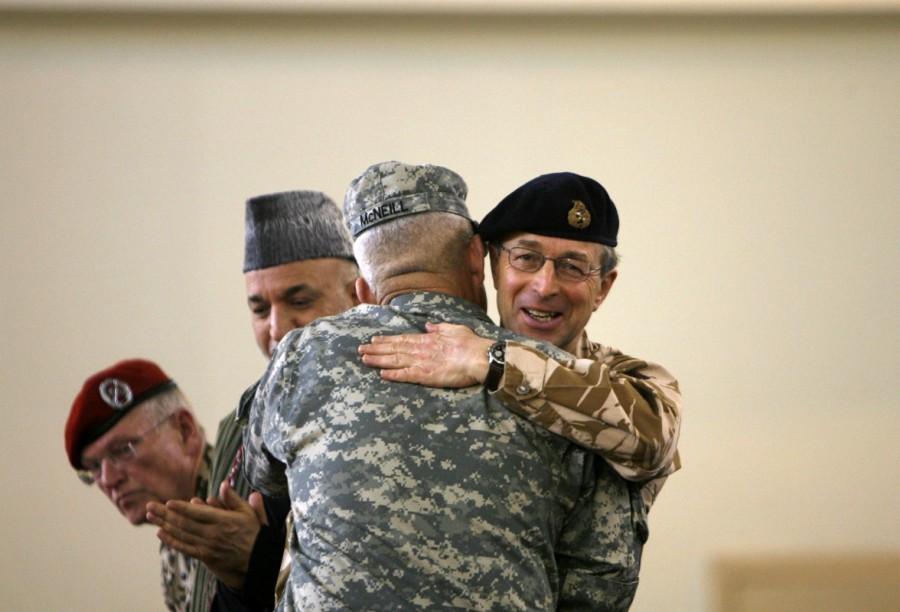