Keeping a date with history, Prime Minister Narendra Modi and his Japanese counterpart Shinzo Abe on Wednesday visited the Sabarmati Ashram soon after the latter's arrival here on a two-day visit. The two leaders and Japan's First Lady Akie Abe paid floral tributes to a portrait and a bust of Mahatma Gandhi. Modi took the visiting dignitaries on a tour of the Ashram as the trio posed for pictures, including one in front of a charkha. After his return to India from South Africa, Mahatma Gandhi set up his first ashram at Kochrab in Ahmedabad in May 1915 but then shifted it to the banks of the Sabarmati river in June 1917. Credit: Twitter/PIB_India
2 of 5

The Sabarmati Ashram was home to Gandhi from 1917 until 1930 and served as one of the main centres of the Indian freedom struggle. During Wednesday's visit, Abe and his wife also signed on the visitors' book of the Ashram. Earlier in the day, breaking protocol, Modi personally received Abe at the Sardar Vallabhhai Patel International airport with a warm hug. The visiting dignitary was given a guard of honour while artists from different parts of the country presented a variety of programmes. Credit: Twitter/PIB_India
Advertisement1
3 of 5 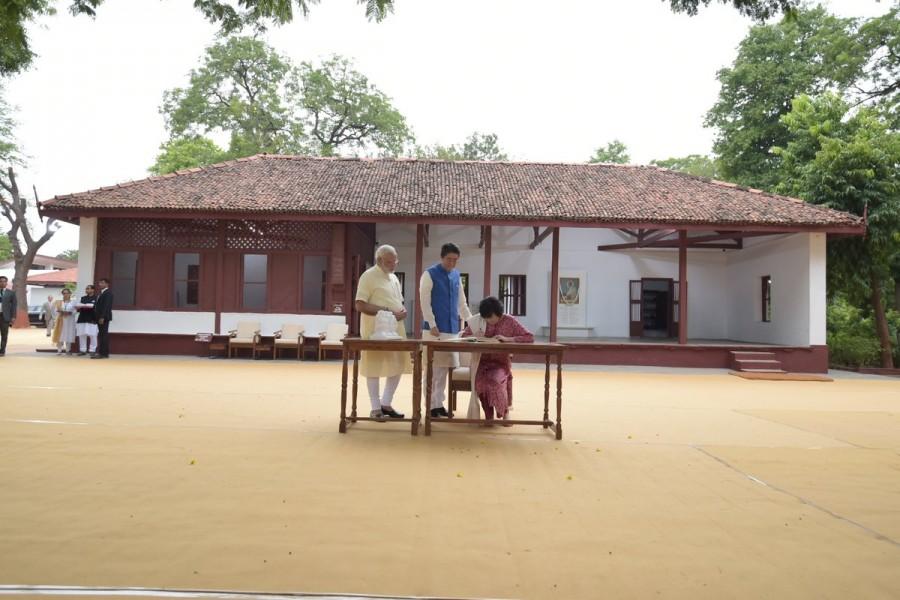 The two leaders and Akie Abe boarded an open jeep and proceeded from the airport to the historic Sabarmati Ashram with thousands of cheering people lining both sides of the eight-and-a-half km route. On Thursday, Modi and Abe will participate in the ground breaking ceremony of the ambitious Rs 1.08 lakh crore ($17 billion) Ahmedabad-Mumbai high-speed rail project at the Athletic Stadium near Sabarmati railway station. Credit: Twitter/PIB_India
4 of 5 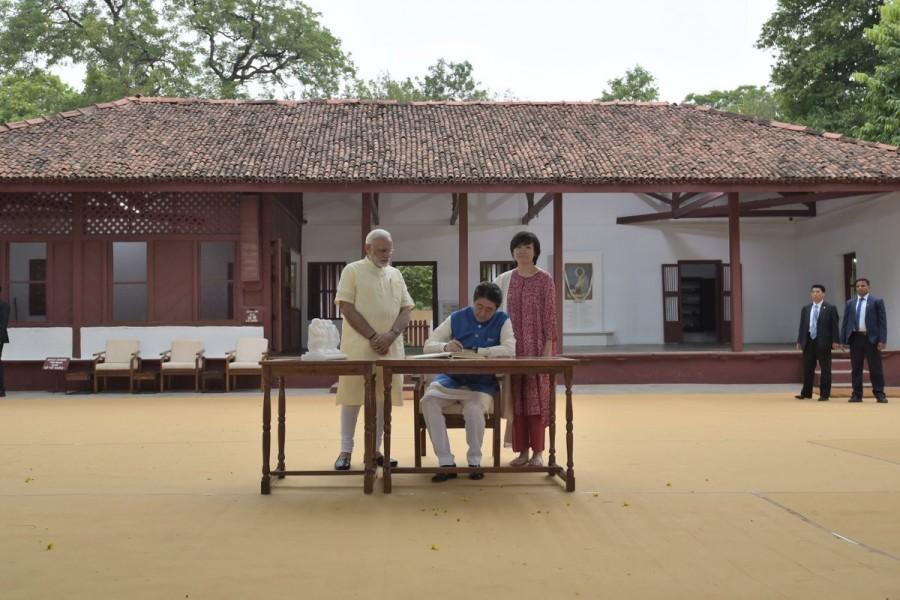 Thereafter, they will hold the 12th Annual Bilateral Summit in Gandhinagar following which a number of agreements are expected to be signed. This will be the fourth annual summit between Modi and Abe, where they are expected to review the progress in the multifaceted cooperation between India and Japan under the framework of their Special Strategic and Global Partnership. Credit: Twitter/PIB_India
5 of 5 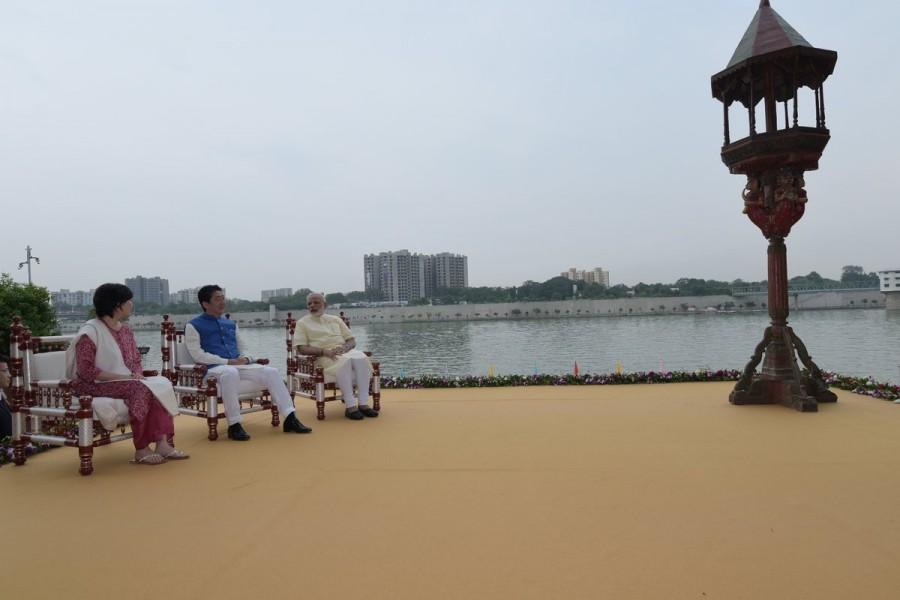 Japan is one of only two countries with which India has such an annual summit mechanism, the other being Russia. The two Prime Ministers will also attend an India-Japan Business Leaders Forum. Credit: Twitter/PIB_India
Advertisement
Related Articles