Torrential rains clobbered large areas of Mumbai and other parts of Maharashtra seriously hitting road traffic and rail operations, claiming at least five lives in rain-related incidents, officials said here on Monday. Mumbai's lifeline, the suburban locals on Western Railway (WR) and Central Railway (CR) were running between 15-30 minutes late on account of waterlogging on the railway tracks and periphery of several stations like Sion, Chinchpokli and Matunga, inconveniencing office-goers due to overnight rains that lashed the city. On the WR, the downpour had dislocated train movement due to heavy rains in south Gujarat and north-west Maharashtra, but services were restored (after nearly 90 minutes) with severe speed restrictions by 9.10 a.m. on Monday. Credit: Twitter/SanjayV25385149
2 of 6

WR General Manager A.K. Gupta left for the affected track sites between Bhilad-Sanjan (south Gujarat), even as several mail and express trains bound for Mumbai and from Mumbai to various destinations like Gujarat and Delhi, were delayed at various points en route. The Mumbai morning peak road traffic was badly hit as waterlogging was reported in some parts of the Eastern and Western Express Highways (EEH-WEH), main and arterial roads and many low-lying areas of the city and suburbs and traffic to and from adjoining Thane, Palghar and Raigad districts. Credit: Twitter/SanjayV25385149
Advertisement1
3 of 6 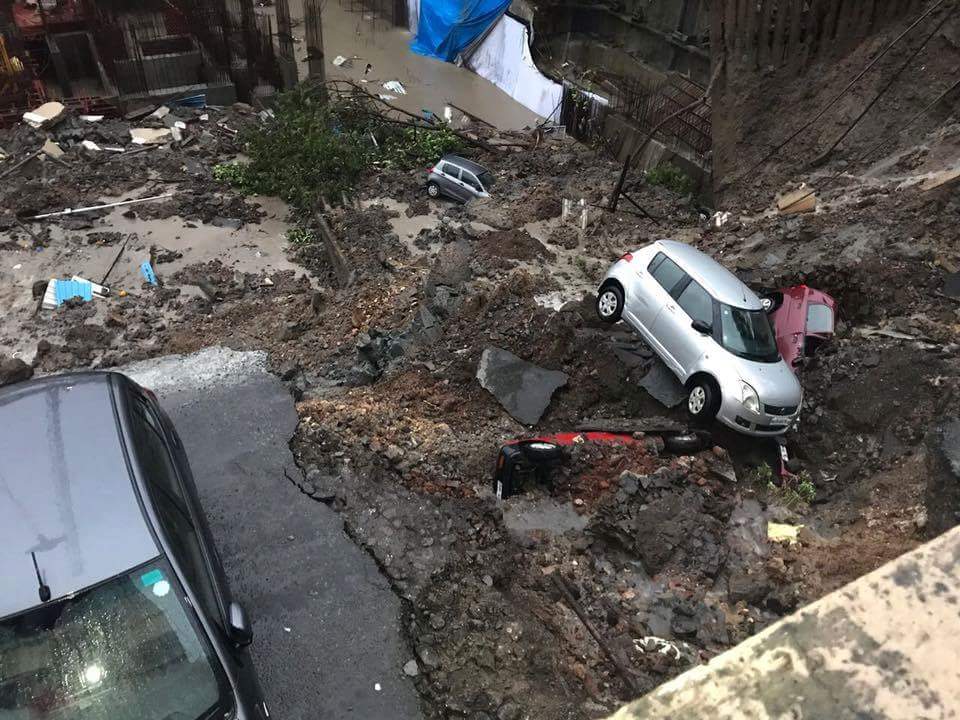 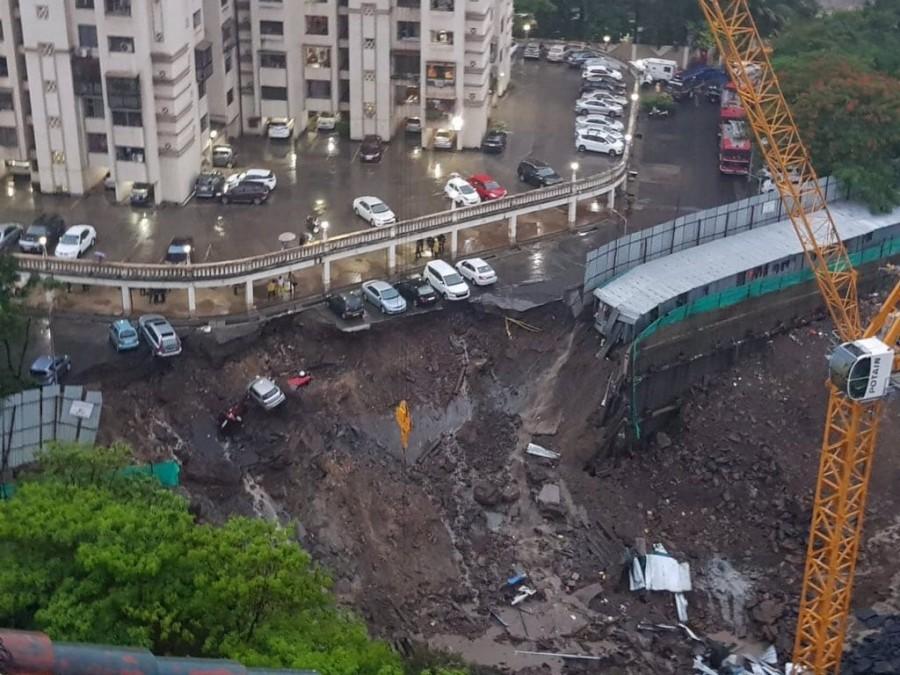 A portion of the wall of an under-construction highrise at Lords Estate in Antop Hill trapping many residents and damaging over a dozen private cars parked in a neighbouring society premises. Credit: Twitter/SanjayV25385149
5 of 6 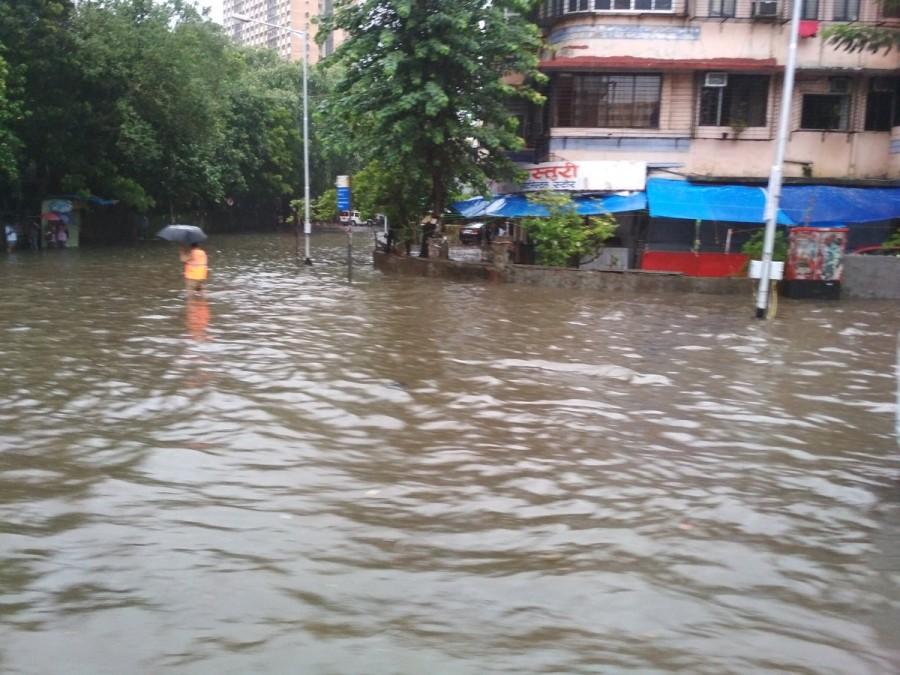 The Mumbai Fire Brigade, NDRF and other emergency services have launched relief operations but there are no reports of any casualties.
6 of 6 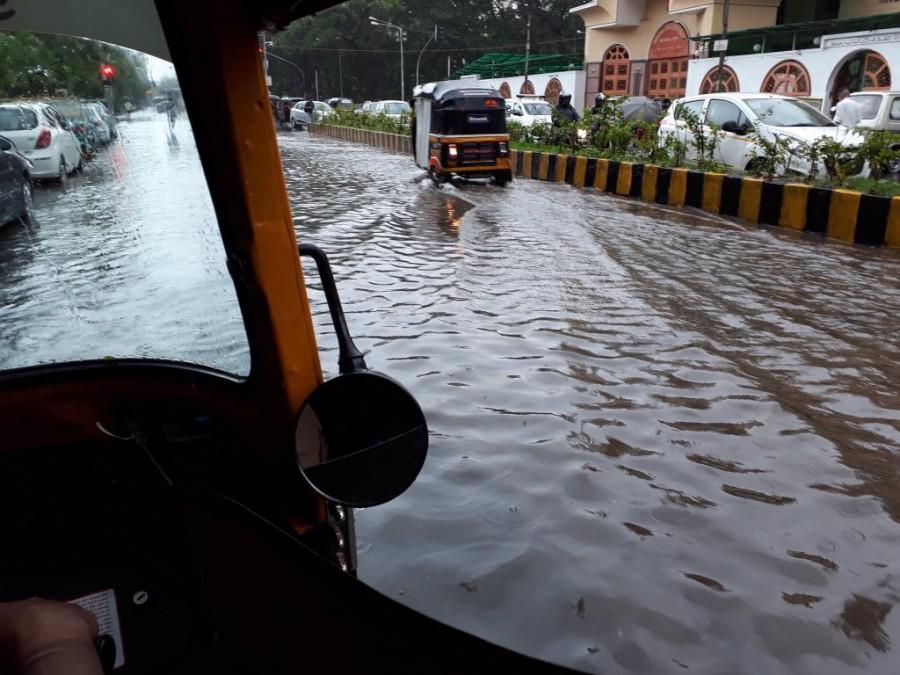 According to IMD, till 8.30 am in the past 24 hours, Mumbai suburbs received a 231.5 mm and the city got 100 mm rains, with predictions of more heavy rains over the next two days.
Advertisement
Related Articles
Advertisement
Latest Gallery