The names of Jeffrey C. Hall, Michael Rosbash and Michael W. Young are displayed during a news conference to announce the winner of the Nobel Prize in Physiology or Medicine in Stockholm. Their work helps explain how people experience jet lag when their internal circadian rhythms get out of sync, while also having wider implications for disorders ranging from insomnia to depression to heart disease. Chronobiology, or the study of biological clocks, is now a growing field of research thanks to the pioneering work of the three scientists, who explained the role of specific genes in keeping fruit flies in step with light and darkness. Today, scientists are exploring new treatments based on such circadian cycles, including establishing the best times to take medicines, and there is an increased focus on the importance of healthy sleeping patterns. Credit: Reuters
2 of 5

Michael W. Young, a joint winner of the 2017 Nobel Prize in Physiology or Medicine, poses for a portrait in one of his labs at The Rockefeller University in New York. U.S. scientists Jeffrey Hall, Michael Rosbash and Michael Young won the 2017 Nobel prize for medicine for unravelling molecular mechanisms that control our internal body clocks. Credit: Reuters
Advertisement1
3 of 5 Michael W. Young poses for a portrait in one of his labs at The Rockefeller University in New York. In the mid-1980s, the three laureates used fruit flies to isolate a gene called period that controls the normal daily biological rhythm and showed how it encodes a protein called PER that accumulates in cells during the night and degrades during the day. Further research revealed the role of other genes in the complex system. "We were hopeful what we did in the fly would pertain more widely," Young said in news briefing at Rockefeller University on Monday, but added that "it has unfolded in a way that just couldn't be imagined at the beginning." Young said the trio could not have anticipated that the whole system could be revealed in their lifetimes, but new scientific tools helped accelerate the work. "Just like puzzle pieces, the genes fell out and the way they work together provided this beautiful mechanism that we now appreciate." Credit: Reuters
4 of 5 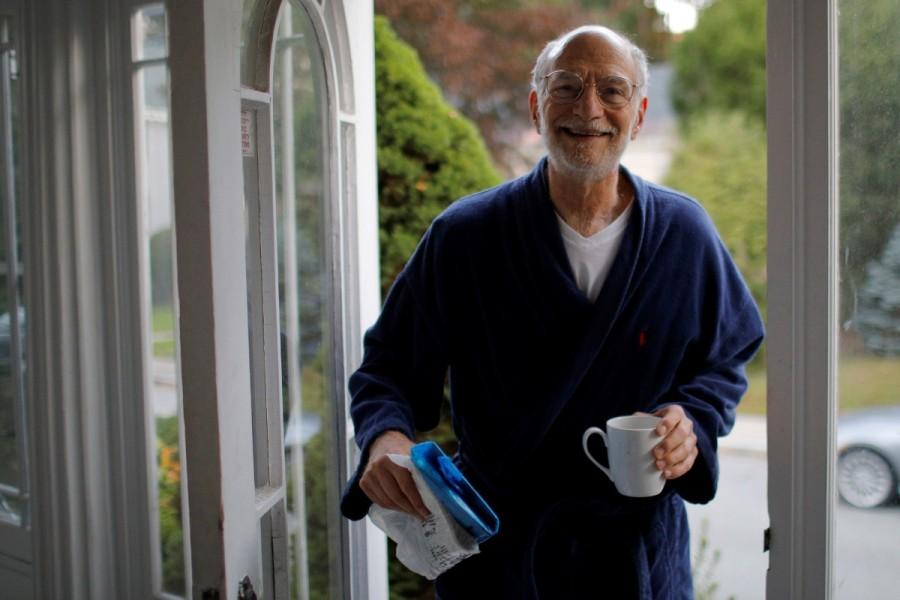 Michael Rosbash, a Brandeis University professor, retrieves the morning newspaper after learning he is one of the 2017 Nobel Prize in Physiology or Medicine winners, at his home in Newton, Massachusetts. Rosbash said the news that the trio had won the Nobel prize, which is worth 9 million Swedish crowns ($1.1 million), was "a little overwhelming ... It took my breath away, literally. I was woken up out of deep sleep and it was shocking," he told Reuters. "It's great for basic science. It hasn't had a tremendous amount of practical impact yet, so it's really a very basic discovery ... It's good to have the attention on this kind of basic work." Credit: Reuters
5 of 5 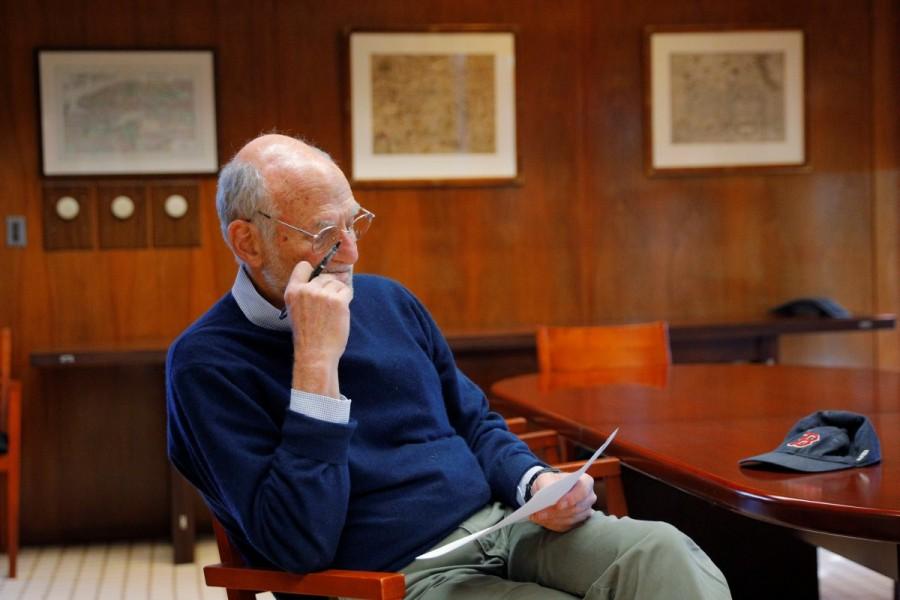 Michael Rosbash, a Brandeis University professor, proof-reads a press release after being named as a co-winner of the 2017 Nobel Prize in Physiology or Medicine at Brandeis University in Waltham, Massachusetts. "This ability to prepare for the regular daily fluctuations is crucial for all life forms," Thomas Perlmann, secretary of the Karolinska Institute Nobel Committee, told reporters. Credit: Reuters
Advertisement
Related Articles