‘Lion’ is a drama film based on the non-fiction book written by Saroo Brierley, directed by Garth Davis marking his feature debut. The film has majorly been shot in Kolkata and Australia but the word has spread out far and beyond. The cast includes Dev Patel, Nicole Kidman, Rooney Mara, David Wenham and the 8-year-old star, Sunny Pawar. Garth wanted someone he connected with, someone he felt had seen or felt the emotions that had to be portrayed, and saw over 2000 audition tapes. The moment he saw Pawar, he knew his search was over.
2 of 3

As for the film, after it’s making, to get a better reach out to kids out there, who have had a rough past, who could merely even connect to the overwhelming script of the film- being away from someplace safe and with their parents, the makers and the producers of the film have decided to hold a special screening for the kids of Salaam Balak and for members of Google India. Google has a crucial part to play in LION, as the film's narrative shows the central character Saroo played by Dev Patel uses the help of the technology of Google Earth to find his way back home in India thousands of miles away from Tasmania, Australia.
3 of 3 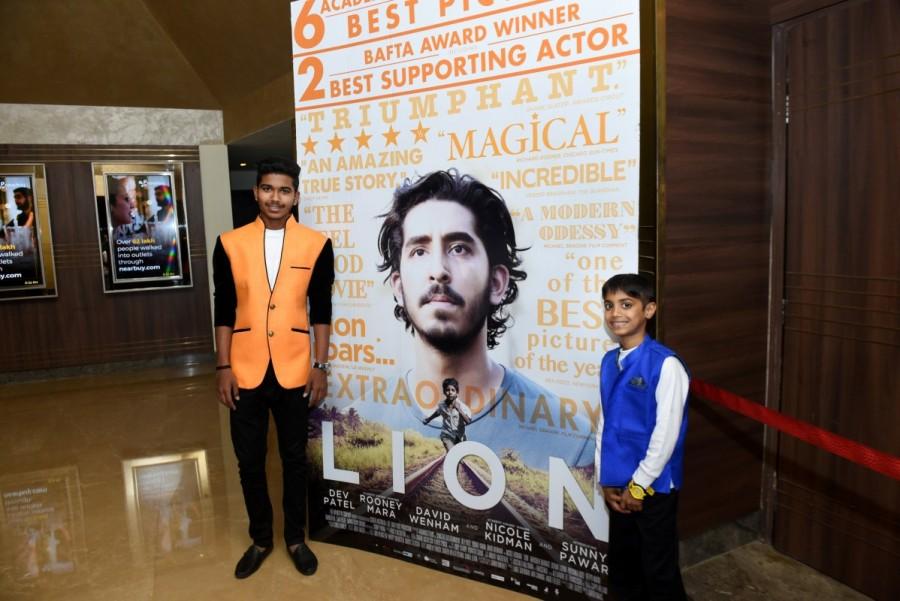 Salaam Baalak, is a non-profit organization established by Mira Nair, which provides support and care for the children who are on the streets and are working. The shelter for kids runs full hours, along with a 24-hour toll-free helpline service. The program includes providing formal and informal education to the kids. The screening was hosted by Pictureworks for the children of Salaam Balak especially to get an opportunity to bond with them, over the story of a lifetime, that they might remotely or almost completely relate to.
Advertisement
Related Articles
Advertisement
Latest Gallery