South Africa's Kevin Anderson pulled off a stunning come-from-behind 2-6, 6-7 (5-7), 7-5, 6-4, 13-11 upset victory over Swiss defending champion Roger Federer here on Wednesday to reach the semi-finals of the Wimbledon tennis championships for the first time. Anderson pulled off the upset thanks to 28 aces and clutch play on break points throughout the match. He also appeared to benefit from the lack of a tiebreaker in the fifth set, as the 36-year-old Swiss wore down over the course of the four-hour-plus contest, reports Efe. The match had all the makings of a routine Federer victory after the first set, which the Swiss great won with two service breaks and the loss of just one point on his serve. But Anderson worked his way into the match in the second set, which he narrowly lost in a tiebreaker after the two players had traded service breaks. Credit: (Photo by Michael Steele/Getty Images)
2 of 5

The turning point came late in the third set. Anderson, after saving a match point on his serve in the 10th game, broke Federer's serve in the ensuing game and then clinched the set with a final service hold. One service break in the seventh game of the fourth set was then all Anderson would need to force a decider. As the match wore on, the 36-year-old Federer seemed physically depleted, while the 2.03-meter (6-foot-8) Anderson kept recording one service hold after another until finally getting a crucial service break in the 23rd game of the fifth set. He then finished off the win one game later when Federer was unable to return one last big serve off the South African's racquet. Credit: (Photo by Julian Finney/Getty Images)
Advertisement1
3 of 5 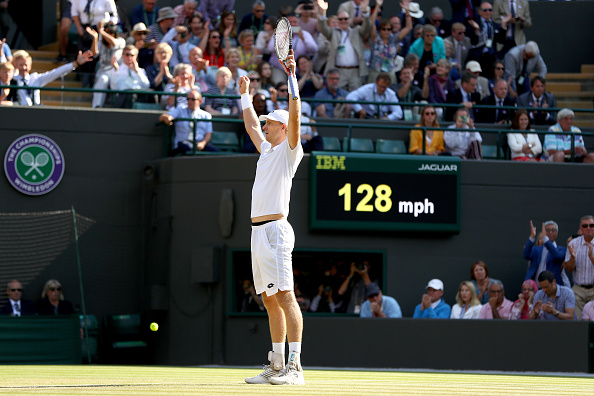 With the loss, Federer missed out on the chance to add to his record haul of Wimbledon (eight) and Grand Slam (20) men's singles titles. Anderson will next square off in Friday's semi-finals against another of tennis' biggest servers: either American John Isner or Canada's Milos Raonic. Credit: (Photo by Michael Steele/Getty Images)
4 of 5 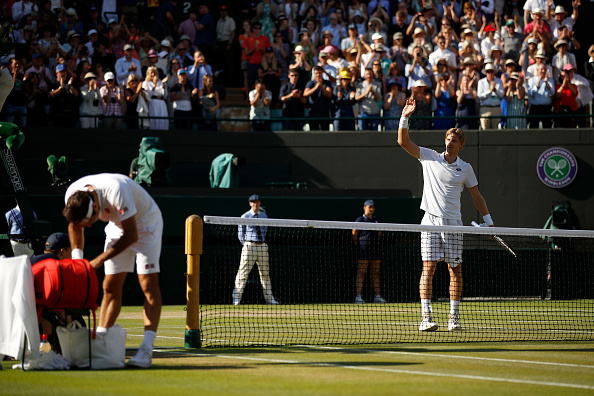 Meanwhile, Serbia's Novak Djokovic defeated Kei Nishikori 6-3, 3-6, 6-2, 6-2 in a quarter-final victory that puts him in the final four of a Grand Slam tournament for the first time in nearly two years. The Japanese player's poor winning percentage on first-serve points was the key factor in the match. Credit: (Photo by Julian Finney/Getty Images)
5 of 5 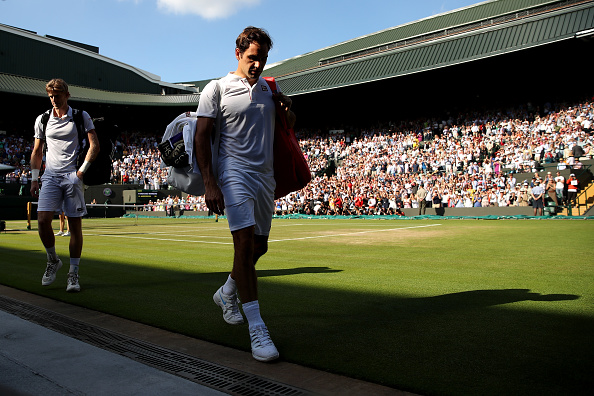 Roger Federer of Switzerland walks off No.1 court after losing his Men's Singles Quarter-Finals match against Kevin Anderson of South Africa on day nine of the Wimbledon Lawn Tennis Championships at All England Lawn Tennis and Croquet Club on July 11, 2018 in London, England. Anderson won the match 6-2, 7-6, 5-7, 4-6, 11-13 in 4hr 13min. Credit: (Photo by Julian Finney/Getty Images)
Advertisement
Related Articles