Teenage sensation Prithvi Shaw's 65-run knock followed by skipper Shreyas Iyer's 44 helped Delhi post a moderate 163/5. But Hyderabad rode on useful contributions from Alex Hales (45 off 31 deliveries), Shikhar Dhawan (33 off 30), captain Kane Williamson (32 not out off 30), Yusuf Pathan (27 not out off 12) and Manish Pandey (21 off 17) to overhaul the target with seven wickets and a ball to spare. Following the win over seventh-placed Delhi, Hyderabad have 14 points - same as Chennai Super Kings but are ahead on net run rate. For Delhi, the loss could mean that their hopes for making it to the playoffs are over as they have six points from 10 games. Credit: IANS
2 of 5

In the first innings at the Rajiv Gandhi International Stadium, Shaw and Iyer overcame a poor start to put together 86 runs for the second wicket after Delhi lost off-colour Glenn Maxwell cheaply. While Shaw's knock was laced with six boundaries and three sixes off 36 balls, Iyer faced 36 deliveries, hitting three fours and couple of sixes. Opting to bat, Delhi were off to a poor start as Maxwell (2) once again failed to contribute after being run out in the second over with Delhi's score being nine runs. Maxwell's dismissal saw Iyer joining in-form opener Shaw in the middle and the duo helped their side recover from the early jolt taking Delhi past the 50-run mark in 5.4 overs. Just when Delhi were inching closer to the triple digit score, young Afghanistan sensation Rashid Khan came with a much-needed breakthrough for the hosts. Credit: IANS
Advertisement1
3 of 5 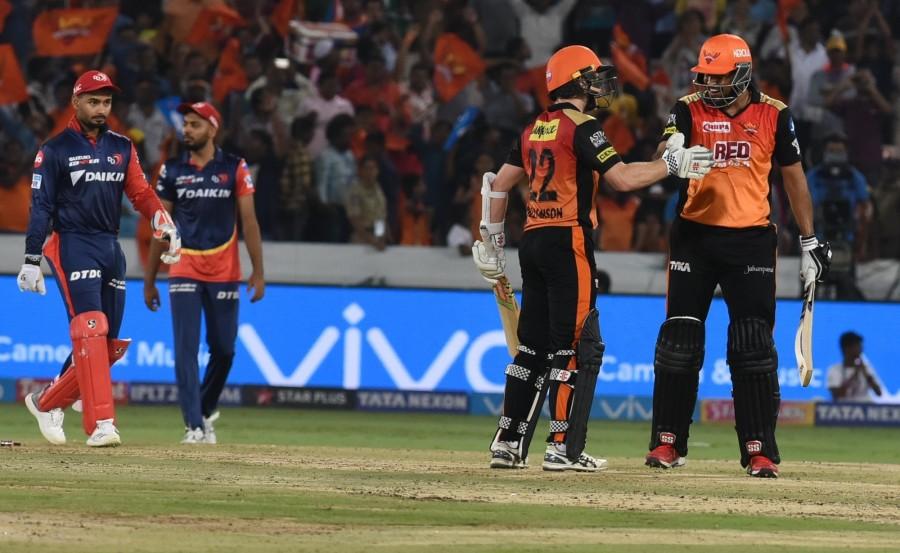 A top edge by Shaw landed safely at short third man off the leggie's delivery in the 11th over. Incoming batter Rishabh Pant then forged a 30-run stand for the third wicket with his skipper before pacer Siddharth Kaul dismissed Iyer in the 16th over. Later, Pant (18) and Naman Ojha (1) fell cheaply in the 17th over, with the visitors' scorecard reading 134/5. While it was Khan, who struck again to pack back Pant, Ojha fell short of the crease to be run out. Vijay Shankar and Daniel Christian, who remained unbeaten, chipped in with 23 and 7 runs respectively to help Delhi reach some sort of respectability. For Hyderabad, Khan was the pick of the bowlers with figures of 2/23 while Kaul bagged a wicket for 37 runs. Credit: IANS
4 of 5 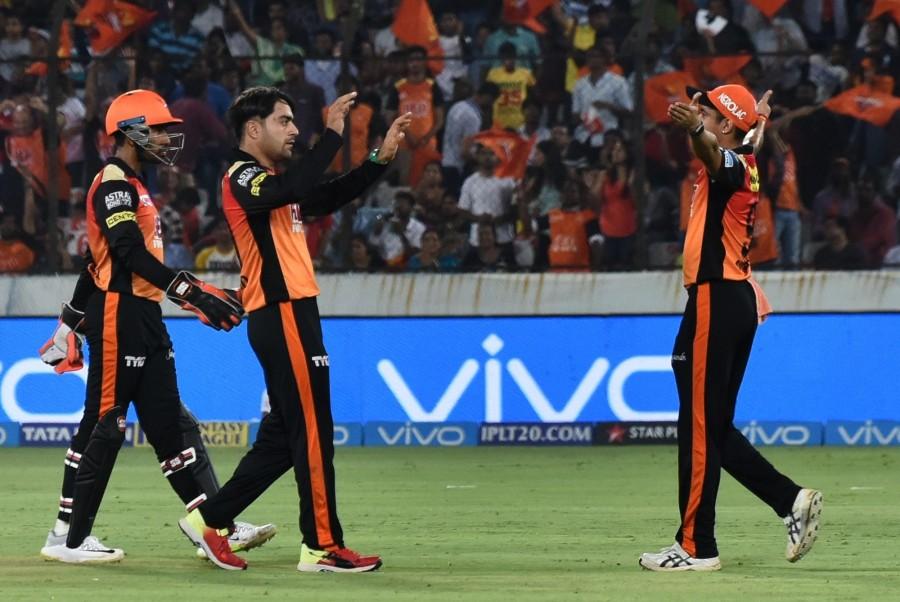 During the chase, Englishman Hales (45 off 31 deliveries) and Dhawan (33 off 30) provided 76 runs from nine overs for the opening wicket to set the perfect base for the chase. Both were bowled by leg-spinner Amit Mishra as Hyderabad lost the openers with 86 on the board after 11 overs. Then, Pandey and Williamson stitched together a 46-run stand for the second wicket to put Hyderabad on the road to victory. With 32 required off three overs, Liam Plunkett removed Pandey and conceded only four runs in the 18th over to make it harder for the hosts. In the penultimate over, Trent Boult conceded 14 runs, including a six and a four to Yusuf Pathan, as the hosts needed 14 from the final over. Credit: IANS
5 of 5 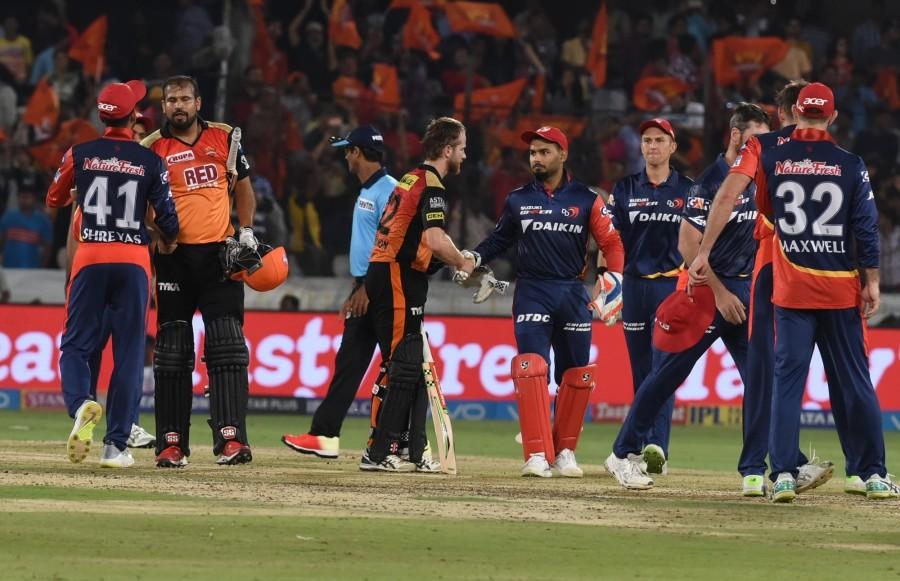 In the final over bowled by Australian medium pacer Daniel Christian, Yusuf picked a couple in the first delivery before hitting a six to bring down the required run to six off four deliveries. The Baroda right-hander then hit a four before taking a single as Hyderabad required one run from the remaining two deliveries. Williamson managed to take a single run in the penultimate ball to guide his team to a big win. Credit: IANS
Advertisement
Related Articles