Rishabh Pant's valiant century went in vain as Sunrisers Hyderabad made light work of Delhi Daredevils' challenging 187/5 to romp home by nine wickets and consolidate their stay at the top of the Indian Premier League (IPL) points table. The visitors overcame the early loss of opener Alex Hales (14) as the other opener Shikhar Dhawan (92 not out off 50 balls; 4x9, 6x4) and skipper Kane Williamson (83 not out off 53 balls; 4x8, 6x2) stitched together a 176-run second stand to demoralise bottom-placed Delhi's spirited effort midway into the match. With the loss, Delhi's hopes of reaching the play-off are up in the smoke and can now only play the party spoilers in the cash-rich tournament. Returning to his home ground, Dhawan started the chase by slamming pacer Harshal Patel for a boundary through point even as Williamson continued his glorious run with the willow this season. Credit: IANS
2 of 6

The Delhi bowlers started losing the plot right after the powerplay when the right-left duo of Williamson and Dhawan propelled the Sunrisers to 51/1 before racing to 91/1 midway into the innings. Dhawan used the flat Ferozshah Kotla track to the most, slamming the Delhi bowlers all over the park to bring up his half century in 30 balls before Williamson caught up with the southpaw to race to his sixth fifty of the season in 38 balls. By now, Delhi had lost all hopes of a comeback as the Sunrisers duo handsomely outbatted the efforts of the hosts with seven balls to spare. Credit: IANS
Advertisement1
3 of 6 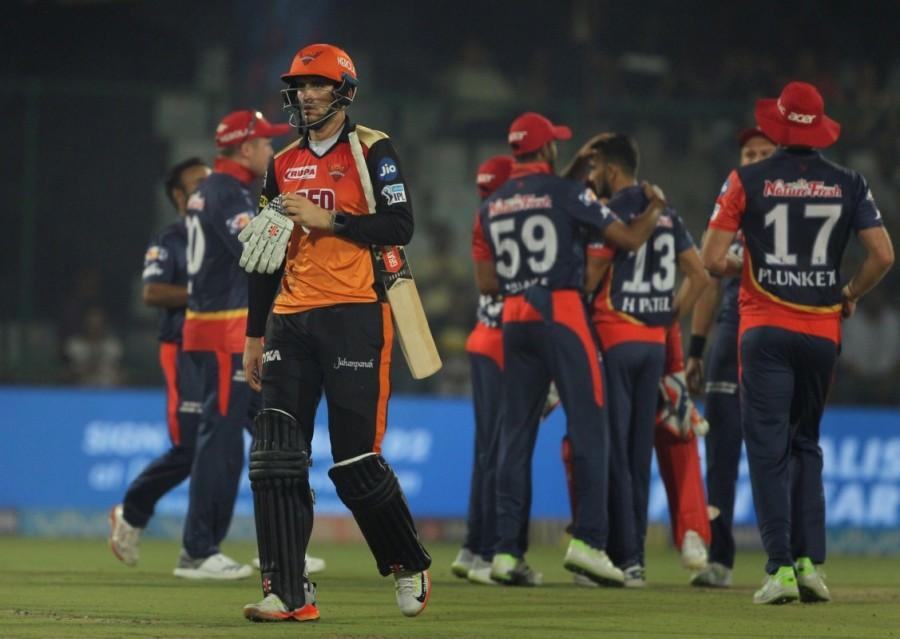 Earlier, Pant once again stepped up to the occasion with his maiden IPL century to rescue Delhi from a dismal start and help them post a challenging 187/5. Involved in two avoidable run-outs, Pant compensated the miscommunication on the field with a blistering unbeaten 63-ball 128 which contained 15 boundaries and seven sixes, to arrest a careless start from the hosts. Electing to bat, Delhi had themselves to blame for a sluggish start which saw them lose the opening duo of Prithvi Shaw (9) and Jason Roy (11) in consecutive deliveries before skipper Shreyas Iyer (3) departed off a silly run-out. Credit: IANS
4 of 6 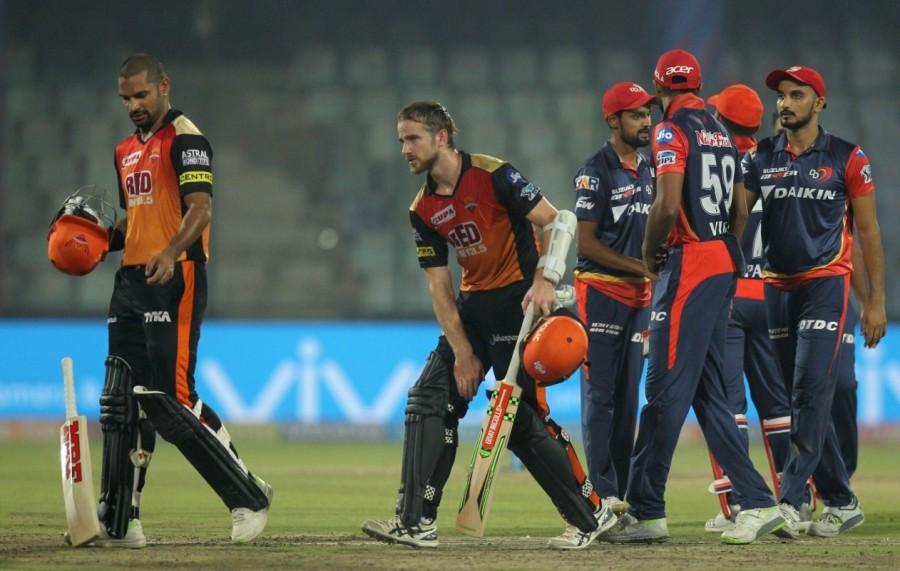 Fortunately for Delhi, the fall of three quick wickets did not affect Pant, whose purple patch with the bat continued and together with Harshal Patel (24 from 17 balls; 6x2) steadied the ship with a 55-run stand for the fourth wicket. With five overs left in the innings, Delhi stared at some sort of respectability before another miscommunication between the batsmen ended Patel's stay. Pant, however continued his onslaught as he launched Shakib for a massive six to bring up his half century in 36 balls even as the out-of-form Glenn Maxwell (9) remained a mere spectator to the southpaw's fireworks. Credit: IANS
5 of 6 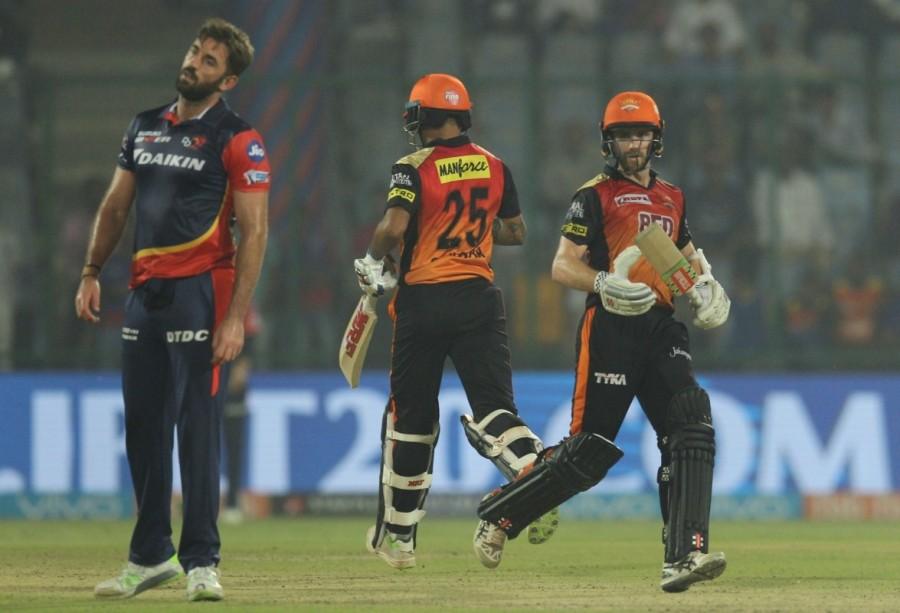 The Delhi stumper, who became the youngest to 1000 IPL runs, immediately moved into the 90s when he clobbered Afghan leg-spinner Rashid Khan for a four and a six off consecutive balls before treating Bhuvneshwar Kumar with disdain. Pant then muscled pacer Siddharth Kaul's full toss to the deep midwicket boundary to bring up his maiden IPL ton in mere 56 balls before slamming Bhuvneshwar for two fours and three consecutive sixes to milk 26 off the final over. Credit: IANS
6 of 6 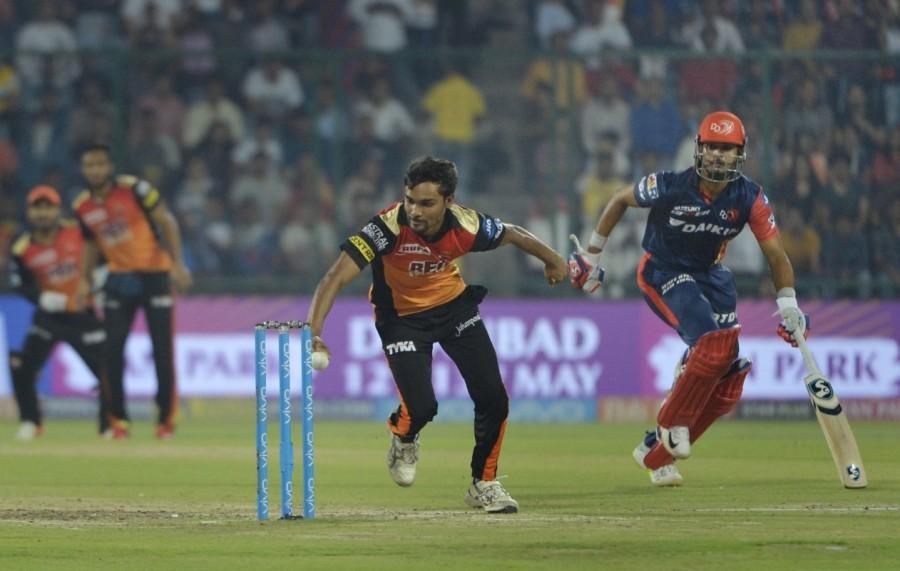 "Stop harassing him": Urvashi Rautela called out for posting photo of hospital where Rishabh Pant is admitted