K. Gowthams quickfire 33 not out off 11 deliveries helped Rajasthan Royals overcome Mumbai Indians by three wickets here on Sunday as they ended their two-match losing streak in the Indian Premier League (IPL). In pursuit of Mumbai's 167/7, powered by half-centuries from Suryakumar Yadav and Ishan Kishan, Rajasthan were in trouble having lost six wickets for 125 runs till 17.1 overs. But 29-year-old Karnataka bowling all-rounder Gowtham whacked four fours and two sixes to see Rajasthan overhaul Mumbai target with two deliveries to spare. Earlier in the first innings, Yadav and Kishan put on an excellent batting display to add 129 runs between them off 82 deliveries coming together after the early departure of Mumbai opener Evin Lewis. Credit: IANS
2 of 8

Yadav scored a whirlwind knock of 72 runs, smashing six boundaries and three hits into the stands during his 47-ball stay in the middle. Kishan posted a steady 58 off 42 balls which included four boundaries and three sixes. For Rajasthan, young West Indies pacer Jofra Archer was the most successful bowler with figures of 3/22. Fellow pacer Dhawal Kulkarni returned 2/32 while Jaidev Unadkat also got a wicket. Credit: IANS
Advertisement1
3 of 8 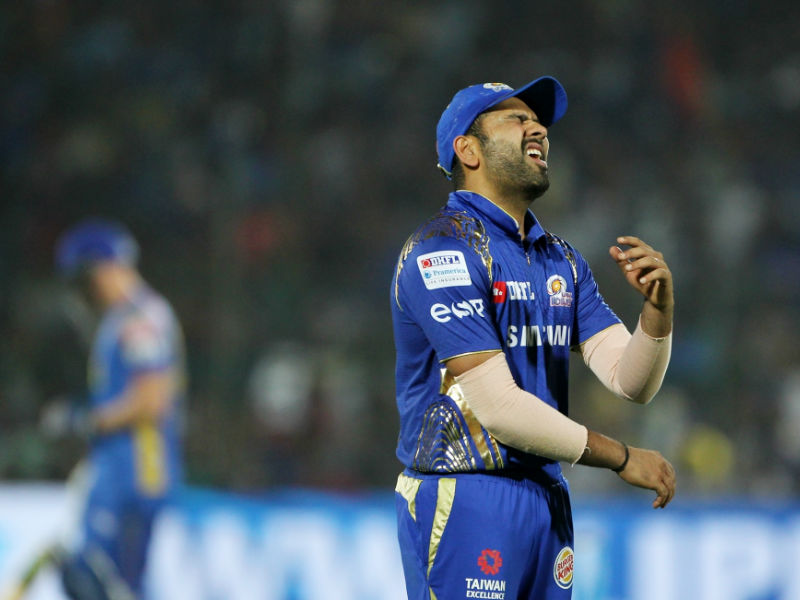 Kulkarni struck the first blow for the hosts in the very first over when Lewis dragged an inside edge on to his stumps. But that was the only bit of success Rajasthan managed as Yadav and Kishan took their bowlers to the cleaners. However, while Yadav and Kishan laid the foundation for a big total in the vicinity of 200 runs, the rest of the Mumbai batting line-up failed to provide the big final push. The Rajasthan bowlers did well to stage a strong comeback by picking up quick wickets in the late overs. Kulkarni finally brought the partnership to an end when Kishan botched up a cheeky reverse scoop from outside the off-stump, only to hand an easy skier to Rajasthan wicket-keeper Jos Buttler. Credit: IANS
4 of 8 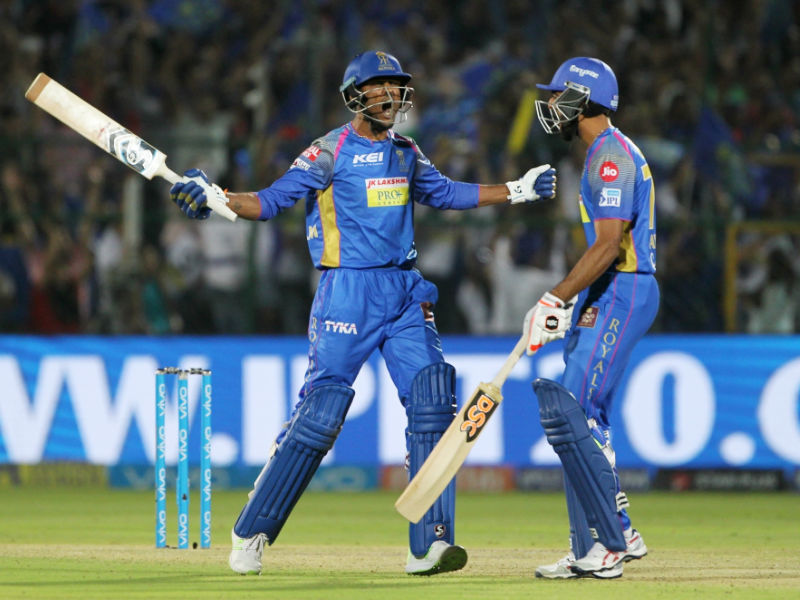 Kishan's dismissal seemed to break Mumbai's momentum as Rajasthan staged a strong comeback with two quick wickets in a span of three balls. Yadav departed soon after when Unadkat outfoxed him with a slower ball. The Mumbai opener went for a big shot but was fooled by the lack of pace and the ball went flying high into the night sky before Buttler pulled off another easy catch. Rohit Sharma was dismissed in his very first ball when he went for an ill-judged quick single but excellent fielding by Ajinkya Rahane at cover caught the Mumbai skipper short of his crease. Credit: IANS
5 of 8 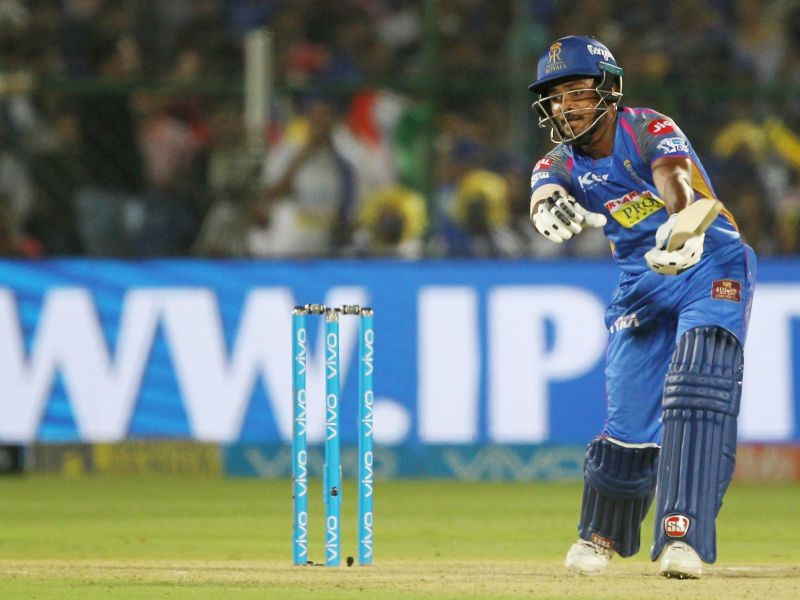 Archer extinguished any chances of a late surge by Mumbai with three wickets in the second last over. During the chase, Rajasthan openers Ajinkya Rahane (14) and Rahul Tripathi (9) fell early. Rahane was caught by Krunal Pandya at midwicket off seamer Mitchell McClenaghan, Tripathi played a poor shot off a delivery from spinner Krunal and was pouched by Suryakumar Yadav. At 38/2, Sanju Samson and Ben Stokes joined hands and stitched together a 72-run stand to put Rajasthan in a position in a fighting position. Credit: IANS
6 of 8 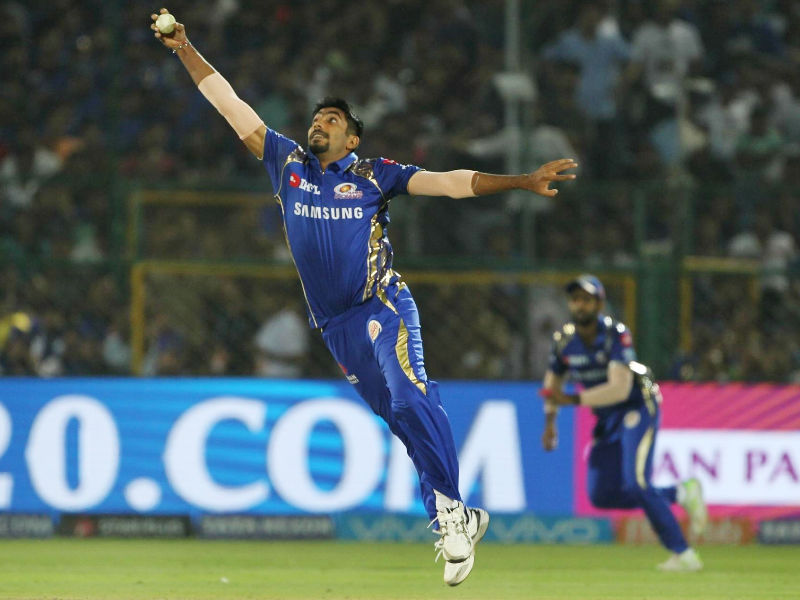 The partnership was broken by medium pacer Hardik Pandya, who bowled Stokes in the first ball of the 15th over. Stokes departed after hitting three fours and a six of the 27 deliveries he faced. With the hosts requiring 57 of 5.5 overs after the fall of Stokes, Rajasthan were still in the game, with Samson completing his fifty in the following over. But in the 17th over, paceman Jasprit Bumrah removed Samson and Jos Buttler (6) to tilt the match in Mumbai's favour, with the hosts at 125/5 in 16.3 overs. Credit: IANS
7 of 8 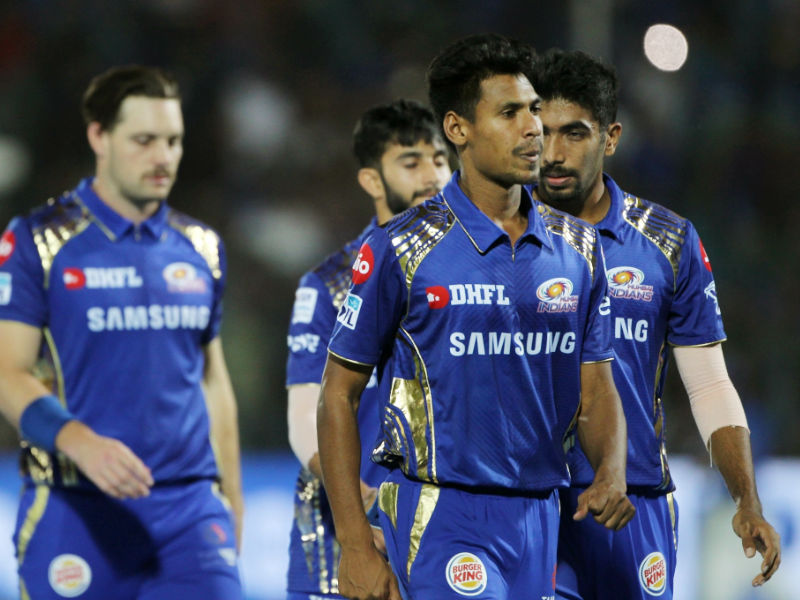 Bangladeshi medium pacer Mustafizur Rahman dealt Rajasthan a crucial blow as he got rid of South African Heinrich Klassen (0) in the first delivery of the 18th over, reducing the hosts to 125/6. Gowtham and Jofra Archer (8 off nine) then did the rest of the work. With 28 required off two overs, Bumrah conceded 18 runs in the penultimate over, leaving 10 needed off one over. Hardik removed Archer in the first ball of the final over. While Gowtham hit a four in the next delivery, the third ball yielded no run. With six requiring off three balls, Gowtham pulled one over the midwicket boundary for a six to give Rajasthan their third win in five games. Credit: IANS
8 of 8 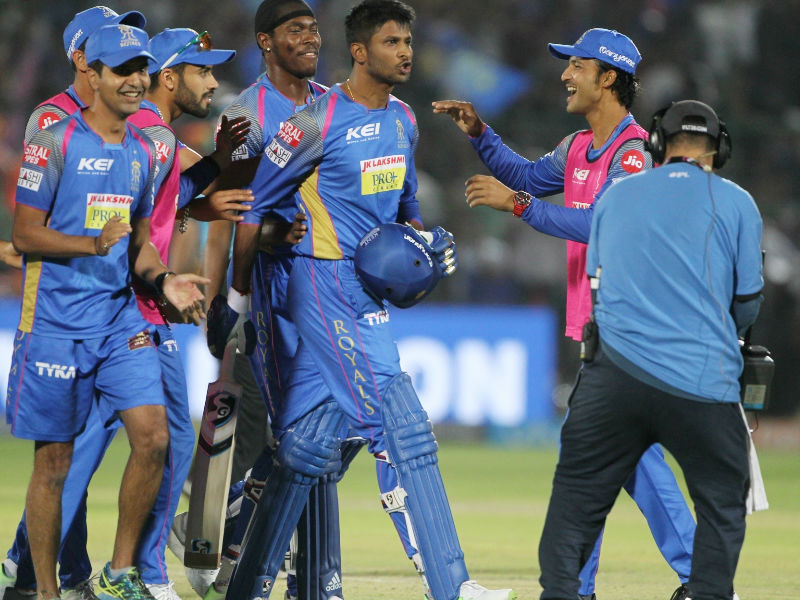