The Rohit Sharma-led side, which is now placed fifth in the league points table with four wins from 10 games, delivered a good show in both the batting and bowling departments at home against third-placed Kolkata, who have 10 points from the same number of games. After putting up a challenging 181/4, Mumbai's disciplined bowling restricted Kolkata to 168/6 to keep themselves alive in the tournament. Mumbai will now need to win all their remaining four games if they want to be in the top four at the end of the league stage. A 91-run opening partnership followed by Hardik Pandya's quickfire cameo in the middle order propelled Mumbai to post a challenging 181/4. Credit: IANS
2 of 6

Put in to bat, the hosts were off to a decent start as openers Suryakumar Yadav (59 off 39 balls) and Evin Lewis (43 off 28 deliveries) took Mumbai past the 50-run mark in 5.2 overs. Just when everything was going Mumbai's way, Andre Russell drew the first blood for Kolkata as he dismissed a well-settled Lewis in the 10th over. While trying to go for a six, a mishit from Lewis landed safely in the hands of Chris Lynn at short third man. With the addition of another 15 runs in Mumbai's scorecard, incoming batsman and skipper Rohit Sharma departed after giving an easy catch to Rinku Singh off a Sunil Narine delivery. SuryaKumar then tried to build another partnership with Pandya however, after adding 21 runs, the opener too, became a victim of Russell in the 15th over with the Mumbai scorecard reading 127/3. Credit: IANS
Advertisement1
3 of 6 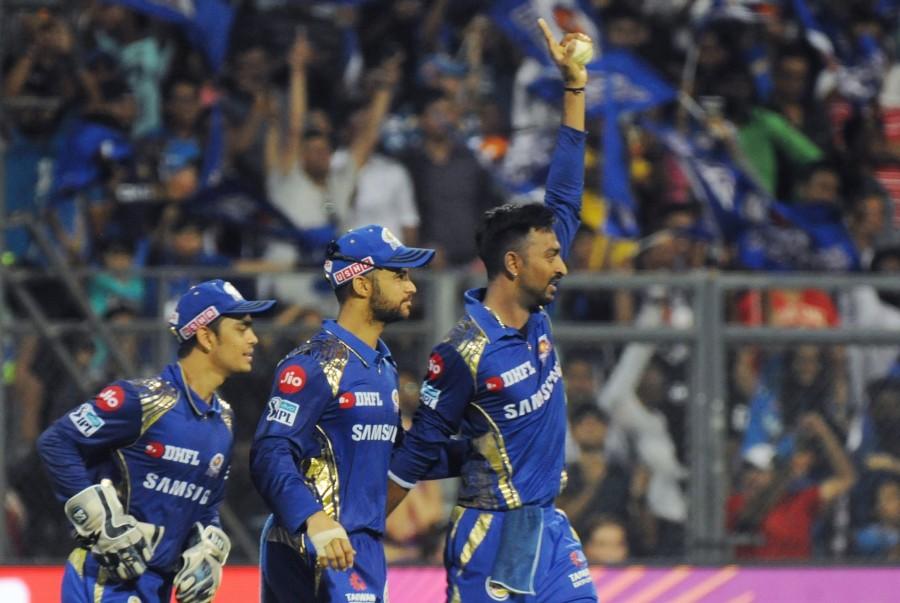 His fall saw Krunal Pandya (14 off 11 balls) joining his brother in the middle and the duo added 24 runs to take Mumbai past the 150-run mark. Narine broke the partnership in the 17th over with the Mumbai score being 151/4. Hardik then went for some big shots and played a quick 20-ball 35 run innings while JP Duminy chipped in with an unbeaten 13 runs to take Mumbai to a fighting total. For Kolkata, Russell was the pick of the bowlers with figures of 2/12 while Narine too, bagged a couple of wickets conceding 35 runs. Chasing the target, Kolkata started the proceedings quickly. However, they received double jolts on 28 runs as openers Chris Lynn (17 off 13 balls) and Shubman Gill (7 off 5) were back in the dugout in the third and fourth over respectively. Credit: IANS
4 of 6 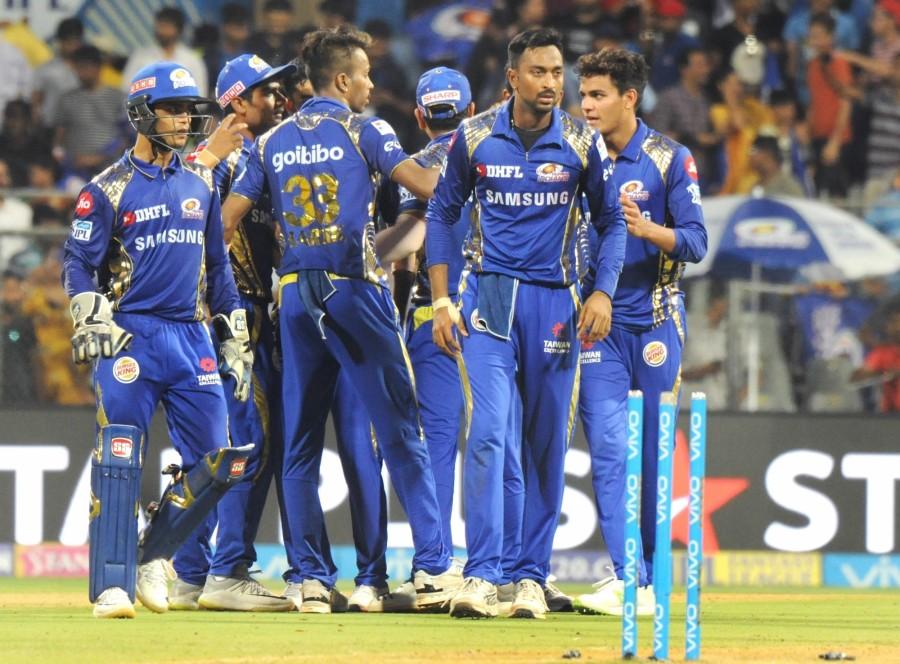 While Mitchell McClenaghan packed Lynn, Hardik Pandya dismissed Gill to put the visitors on the back foot. Robin Uthappa and Nitish Rana then put up a terrific fight, forging a 84-run partnership in the next 9.3 overs. Mumbai's find of the tournament, spinner Mayank Markande finally provided much needed relief to his side as he sent back Uthappa in the 13th over. Uthappa played a 35-ball 54 run knock, laced with six fours and three sixes. Credit: IANS
5 of 6 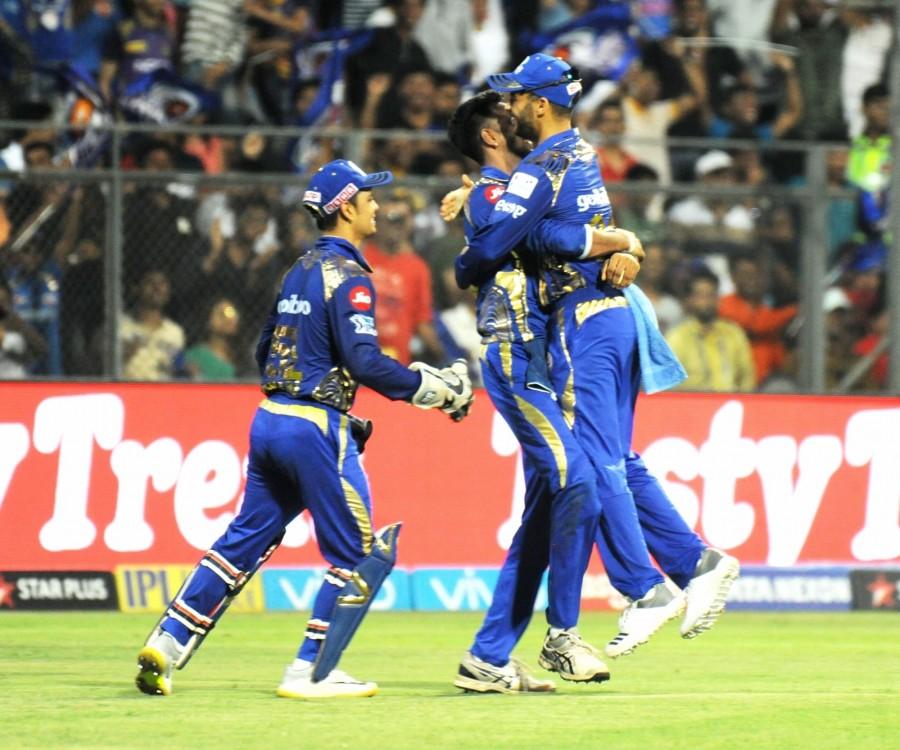 Soon, Hardik landed another blow on Kolkata, sending Rana back to the dug out in the 14th over with Kolkata reeling at 115/4. Rana contributed with 31 runs, facing 27 balls. Kolkata skipper Dinesh Karthik then played a fighting knock but lacked support from the other end as Andre Russell and Sunil Narine fell cheaply on nine and five runs respectively. Karthik, who remained unbeaten on 36 off 26 balls, failed to take Kolkata beyond the target. For Mumbai, Hardik picked up two wickets for 19 runs while McClenaghan, Bumrah, Krunal and Markande bagged a wicket each. Credit: IANS
6 of 6 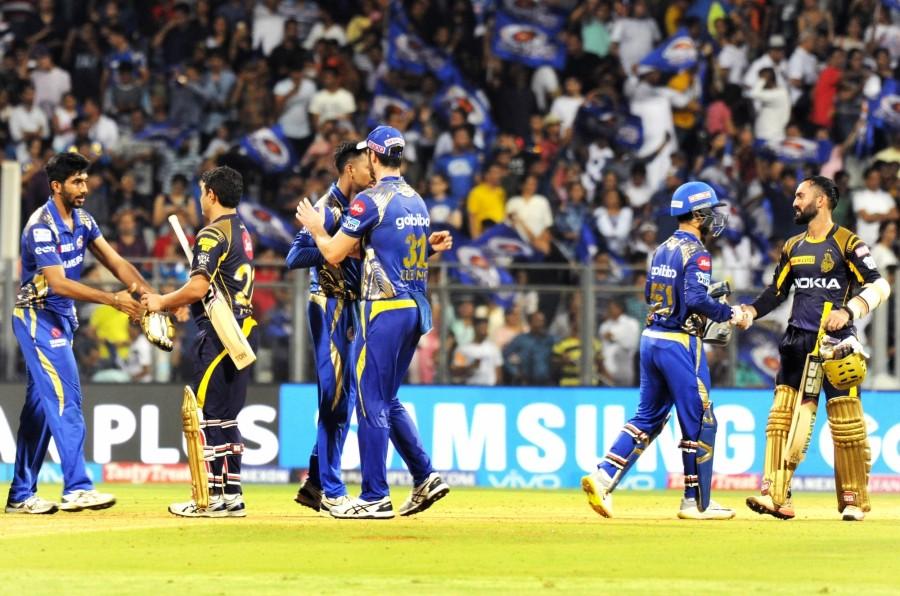