The win takes Punjab to third spot with 12 points in nine matches while Rajasthan, who faced their third consecutive defeat, are tottering at the bottom of the table with six points in nine matches. With this loss, Rajasthan's chances of qualifying for the play-offs are over. Chasing 152/9, Rahul's 54 ball knock, comprising seven boundaries and three sixes, helped Punjab chased down the target in 18.4 overs. Right from the start, opener Rahul cleared his intentions, slamming bowlers all around the park. Chris Gayle (8) and Mayank Agarwal (2), however, could support Rahul at the other end but Karun Nair (31) contributed handsomely. Rahul and Nair forged 50-run partnership for the third wicket before Nair was dismissed by Anureet Singh in the 11th over. Credit: IANS
2 of 6

New batsman Axar Patel (4) also went back cheaply but Marcus Stoinis (23 not out) supported Rahul and rotated the strike. Soon, the duo managed to overhaul the target with more than one over remaining. For Rajasthan, K. Gowtham, Jofra Archer, Ben Stokes, Anureet Singh scalped one wicket each. Earlier, teenaged Afghanistan off-spinner Mujeeb Ur Rahman continued his impressive performance as his three wickets helped Kings XI Punjab restrict Rajasthan Royals to 152/9. After a 49-run third-wicket stand between Jos Buttler (51) and Sanju Samson (28), Mujeeb picked his English compatriot Ben Stokes (12) and Jofra Archer (0) in his second two-over spell to derail the Rajasthan innings. Mujeeb, 17, has now taken 12 wickets and is currently fifth in the list of most wicket-takers. Credit: IANS
Advertisement1
3 of 6 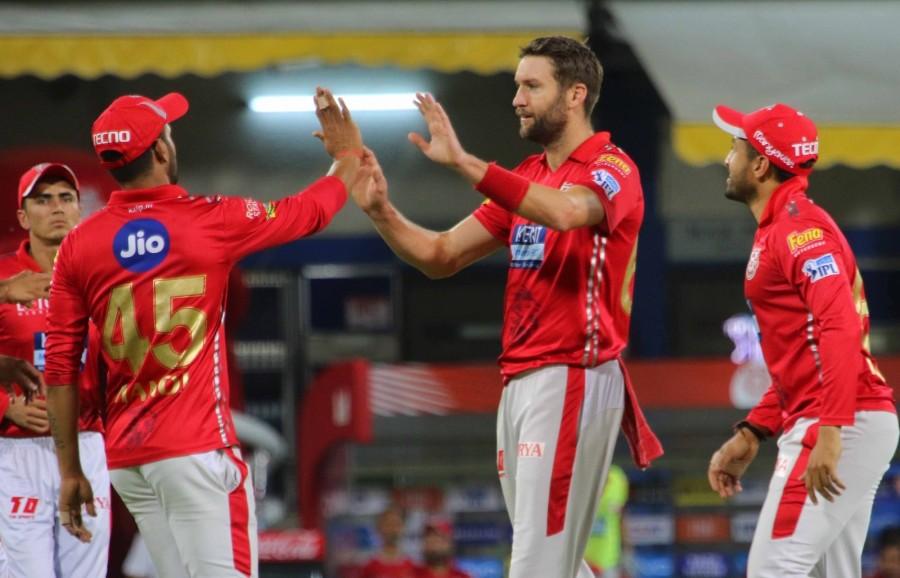 The teenager not only took wickets but also proved to be economical right from his first two-over spell which put pressure on the Rajasthan top-order. After being asked to bat, Rajasthan rode on Buttler to get their runs, even if fellow opener D'Arcy Short (2) and Ajinkya Rahane (5) were dismissed with 35 on board for the western outfit in four overs. While captain and off-spinner Ravichandran Ashwin accounted for Short -- who was caught by Andrew Tye at midwicket -- Rahane's cut off a delivery from left-arm spinner Axar Patel saw Chris Gayle dive forward to pull off a stunning catch. Credit: IANS
4 of 6 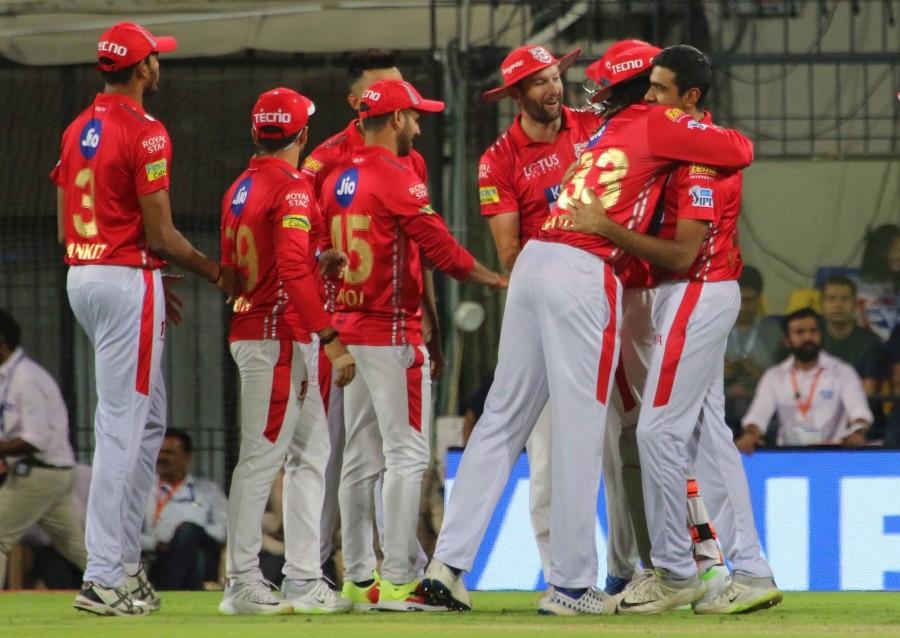 Then Buttler and Samson put together an important partnership to lay a foundation for the flourish in the final 10 overs. But when all seemed to be going good, Samson pulled medium pacer Tye straight into the hands of Karun Nair in the fifth ball of the 11th over. Following the wicket, Rajasthan lost track as Mujeeb removed Stokes (12) and Buttler in the 13th and 15th overs respectively. Mujeeb struck for the second time in the 15th over to get rid of Jofra Archer (0) to reduce the visitors to 106/6. Credit: IANS
5 of 6 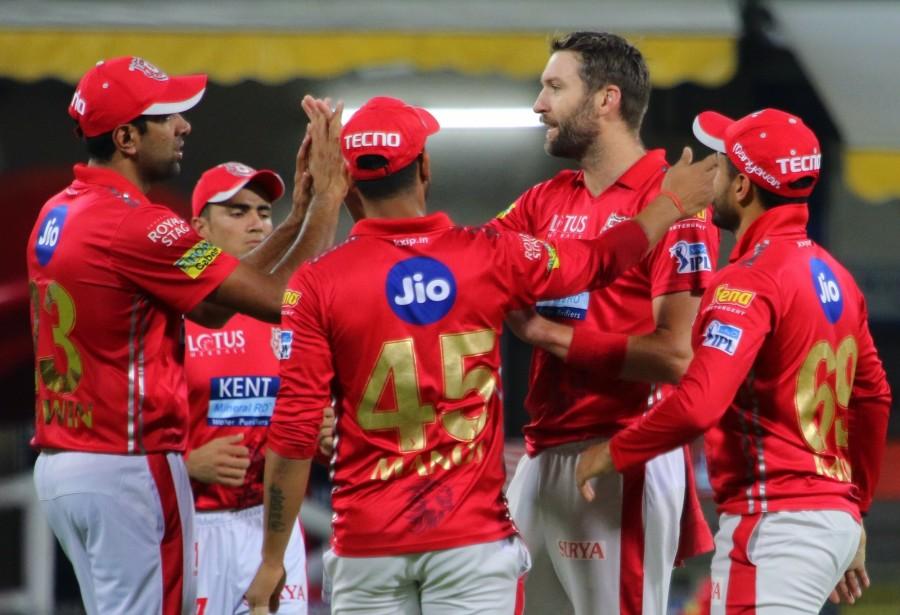 Stokes was dismissed by a relay catch between Mayank Aggarwal and Manoj Tiwary at the long off, while Rahul grabbed an outside edge of Buttler. Archer was foxed by a googly before the delivery rattled the stumps as Rajasthan innings was derailed. In the following over, paceman Ankit Rajpoot dismissed K. Gowtham (5), while Tye got rid of Rahul Tripathi (11) in the first delivery of the 18th over, with Rajasthan at 129/8. Later, Shreyas Gopal scored a brisk 24 off 16 deliveries to take Rajasthan cross the 150-run mark. Credit: IANS
6 of 6 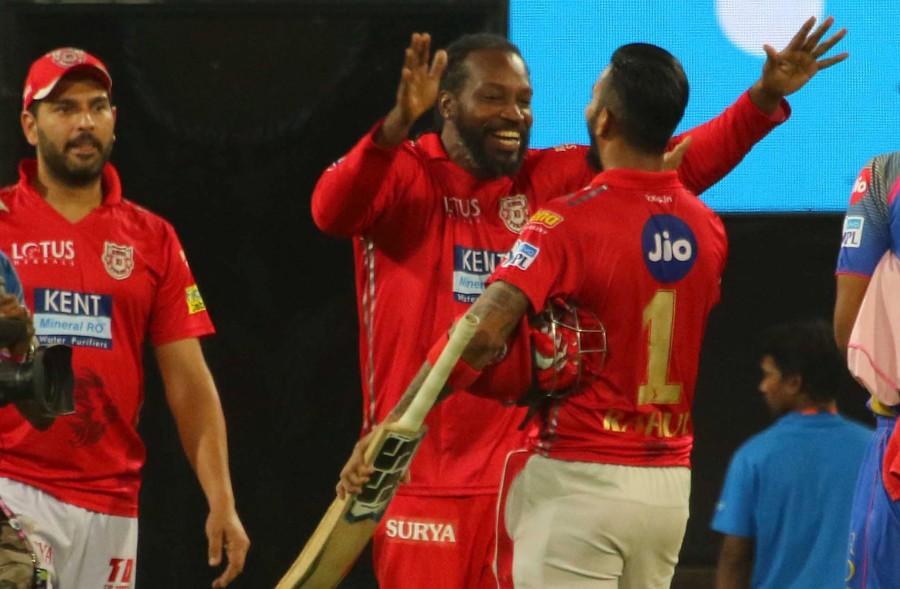