Kolkata Knight Riders (KKR) booked their place in the playoffs of the Indian Premier League with a five-wicket victory over table-toppers Sunrisers Hyderabad (SRH) in a crunch game at the Rajiv Gandhi International Stadium here on Saturday. The result means KKR remain third with 16 points from their full quota of 14 games. Rajasthan Royals (14), who registered a 30-run victory over Royal Challengers Bangalore earier in the day, Mumbai Indians (12) and Kings XI Punjab (12) are still in the fray for a final playoff spot. Sunrisers (18 points from 14 games), already assured of a knockout berth, succumbed to their third loss in a row. Electing to bat, Sunrisers managed 172/9, riding on Shikhar Dhawan's half century as KKR bowlers led by Prasidh Krishna (4/30) did well in the middle and death overs. KKR never looked in trouble as Chris Lynn (55; 43b; 4x4, 3x6) and Robin Uthappa (45; 34b; 3x4, 2x6) starred for the visitors to make light of the 173-run target. KKR put up 173/5 in 19.4 overs. KKR's chase was set up by openers Sunil Narine (29; 10b; 4x4, 2x6) and Lynn who joined hands to help the side race to 52/0 in 22 balls hitting seven fours and three sixes. Credit: IANS
2 of 5

However, Shakib Al Hasan (1/30) removed Narine with a looping delivery that the West Indian mistimed to Manish Pandey at long on. In came Uthappa as there was no let up in intensity with the visitors smashing 61/1 in six overs and Lynn looking in ominous form. Uthappa, dropped on 11 by Rashid Khan off his own bowling, tonked the celebrated Afghanistan tweaker for a four and six in the 16th over to take 15 runs off it. It was a facile run-chase from there on despite Carlos Brathwaite (2/21) getting the back of Uthappa with a back of a length delivery which the batsman top-edged to wicketkeeper Shreevats Goswami. Credit: IANS
Advertisement1
3 of 5 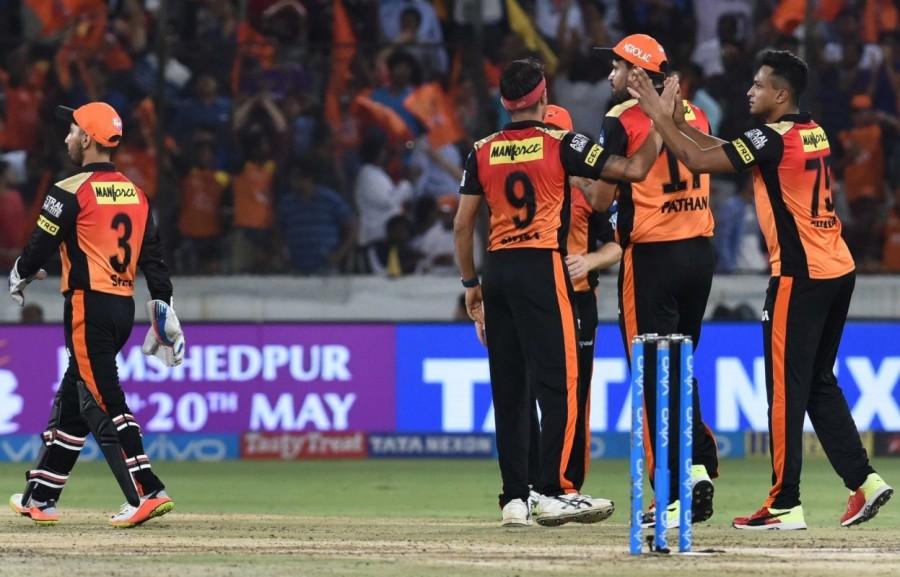 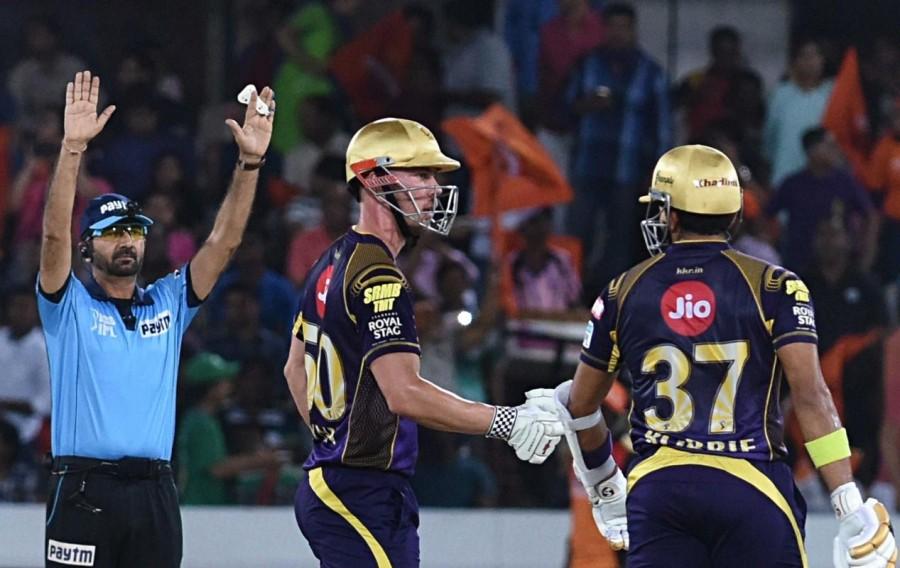 Sunrisers, who were 60/0 after six overs, lost wickets at regular intervals as little-known M.Prasidh Krishna (4/30) returned career best figures for the visitors taking three wickets in the last over while Andre Russell (1/31) gave away just seven in the penultimate over while also picking up a wicket. Kuldeep Yadav (1/35), Sunil Narine (1/23) and Javon Searles (1/24) were all among wickets. In the last 10 overs, Sunrisers could only manage 80, losing eight wickets after they were 92/1 at the halfway stage. Credit: IANS
5 of 5 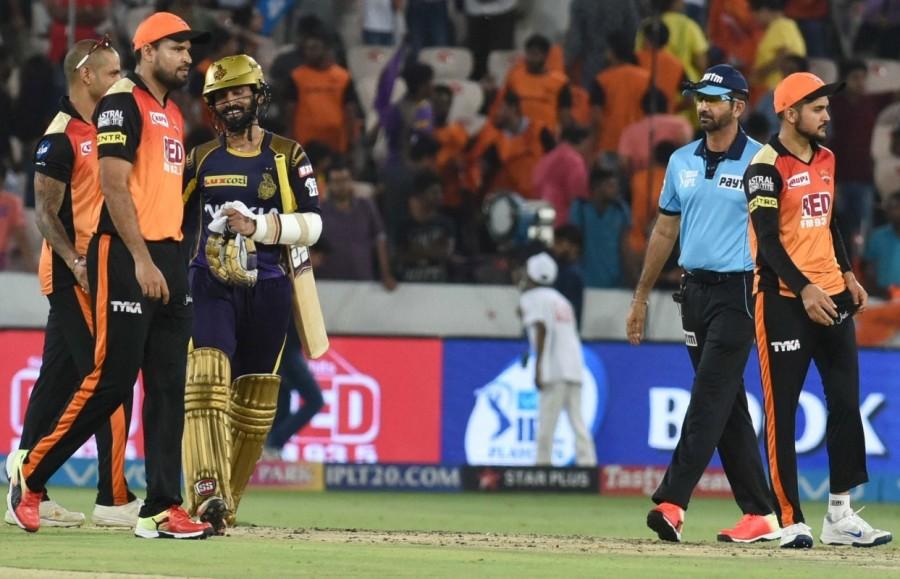