Kings XI Punjab pipped Delhi Daredevils by four runs in the 22nd match of the Indian Premier League (IPL) here at the Feroz Shah Kotla Cricket stadium on Monday. The nail-biting win over Delhi also lifted Punjab to the top spot in the points table. Chasing a paltry 144-run target, lack of big partnerships hurt Delhi as they suffered a hattrick of defeats in this year's edition of the cash-rich league. Delhi started their proceedings on a shaky note as pacer Ankit Rajpoot came with the first breakthrough for Punjab in the third over, dismissing opener Prithvi Shaw for 22 runs. Incoming batter Glen Maxwell (12) and skipper Gautam Gambhir (4) once again struggled to gather runs as both were back in the dug-out in the fifth and sixth over respectively, leaving Delhi at 42/3. Credit: IANS
2 of 6

Gambhir's dismissal brought Shreyas Iyer in the middle, who tried his best to change Delhi's fortune, but lacked partnership from the other end. Afghan spinner Mujeeb Ur Rahman struck in the ninth over to dismiss in-form Rishabh Pant (4) cheaply. All-rounder Daniel Christian (6) was the next to fall for Delhi however, Iyer kept the scoreboard ticking. With the match slipping from Delhi's hand as the host were reeling at 76/5, Iyer and Rahul Tewatia (24 off 21 balls) stiched a 47-run partnership for the sixth wicket, bringing back the host back in the contest. As the low-scoring issue went to the final over with Delhi needing 17 runs, Iyer six off the first delivery gave Delhi a ray of hope. However, Iyer failed to give a finishing touch to his fighting knock as Delhi fell short of the 144-run target by four runs. Credit: IANS
Advertisement1
3 of 6 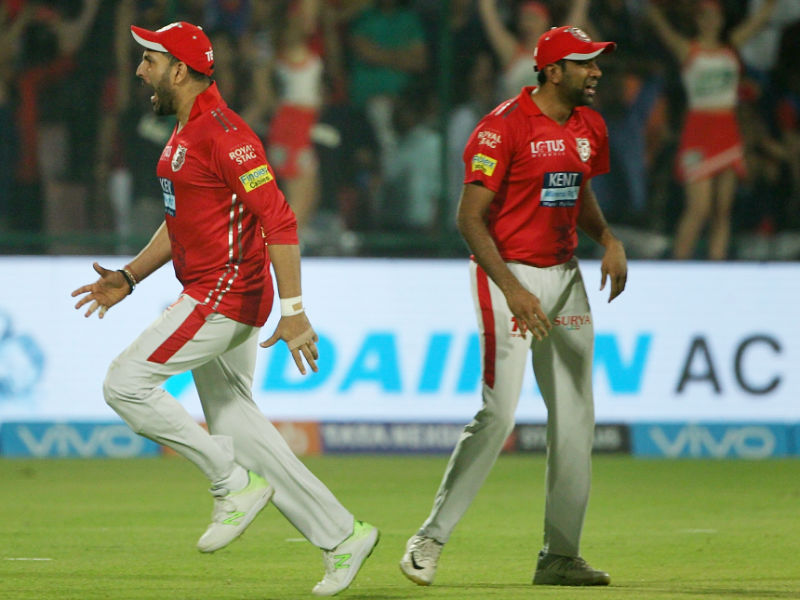 For Punjab, Rajpoot, Rahman and Andrew Tye bagged two wickets apiece while Barinder Sran took one wicket. With this nail-biting win, Punjab one again have become the table toppers with five wins from six games and 10 points in their kitty. On the other hand, Delhi continues to be seated at the bottom with just two points. Earlier, a disciplined bowling effort by Delhi restricted Punjab to a moderate 143/8. Credit: IANS
4 of 6 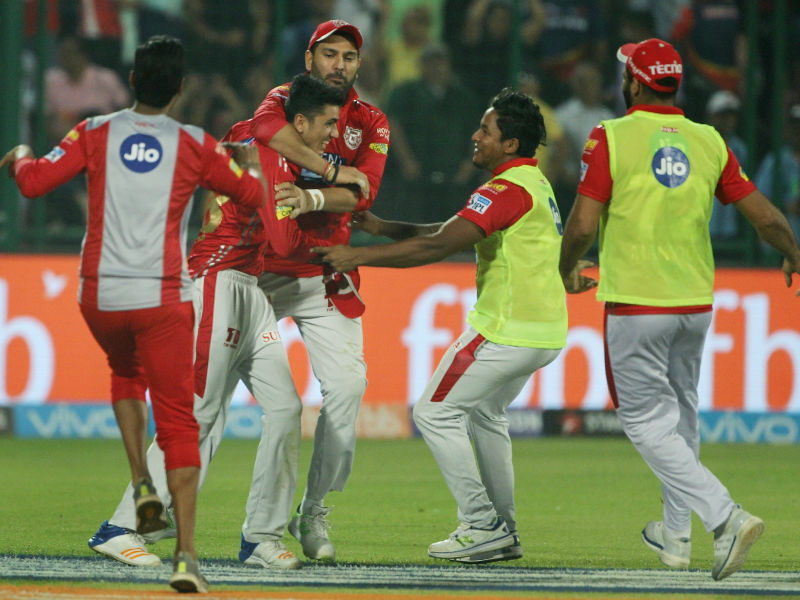 Pacer Liam Plunkett scalped three wickets while Avesh Khan and Trent Boult chipped in with two each to hurt the Punjab's batting line-up. Put in to bat, the visitors received the early blow when Avesh dismissed opener Aaron Finch (2) in the second over. Incoming batter Mayank Agarwal and opener Lokesh Rahul (23) then showed some resistance, putting a 36-run partnership for the second wicket to take Punjab to 42 runs. However, Plunkett struck in the fifth over to put an end to Rahul's innings. Agarwal (21) was the next to depart as in-form Plunkett struck again in the eighth over, which left Punjab reeling at 60/3. Credit: IANS
5 of 6 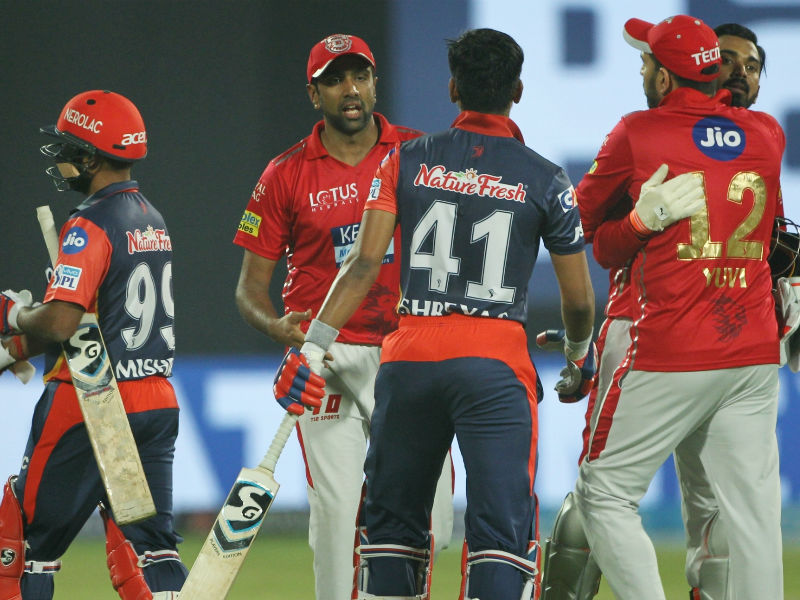 After adding 15 more runs tot he total, Avesh sent back veteran batsman Yuvraj Singh (14) to make things worse for the visitors. Yuvraj's fall brought Karun Nair in the middle, who showed a little fight against the hosts and slammed 34 runs to take his team past the 100-run mark before falling in the 17th over to Plunkett. Delhi's Daniel Christian also joined the party and dismissed David Miller (26) with Punjab's scorecard reading 127/6. Meagre contributions by Punjab skipper Ravichandran Ashwin (6 runs off 7 balls), Andrew Tye (3) and with the help of 14 extra runs, Punjab managed to put 143. Credit: IANS
6 of 6 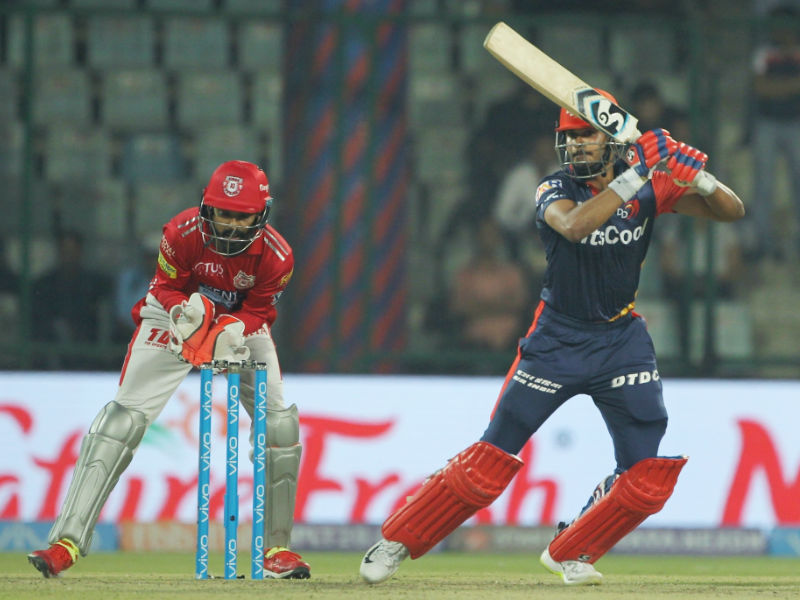