A brilliant all-round effort helped Kings XI Punjab beat Sunrisers Hyderabad by 15 runs in an Indian Premier League match here on Thursday. First, Chris Gayle's unbeaten 104-run knock helped Punjab posted a mammoth 193/3 and then, its bowlers managed to restrict the visitors to 178/4 in their allotted 20 overs. Chasing a massive target, Hyderabad never looked in contention as the visitors lost wickets at regular intervals. Hyderabad's in-form opener Shikhar Dhawan got injured on his first ball and from then, the required rate kept on increasing and none of the batsmen scored freely. Credit: IANS
2 of 7

Skipper Kane Williamson (54) and middle-order batsman Manish Pandey (57 not out), however tried to narrow the gap between the runs but lack of support from other batters costly hugely. Yusuf Pathan (19) and Shakib Al Hasan (24 not out) also displayed the signs of coming back to form but could not contribute handsomely. For Punjab, Mohit Sharma and Andrew Tye took two wickets each. Credit: IANS
Advertisement1
3 of 7 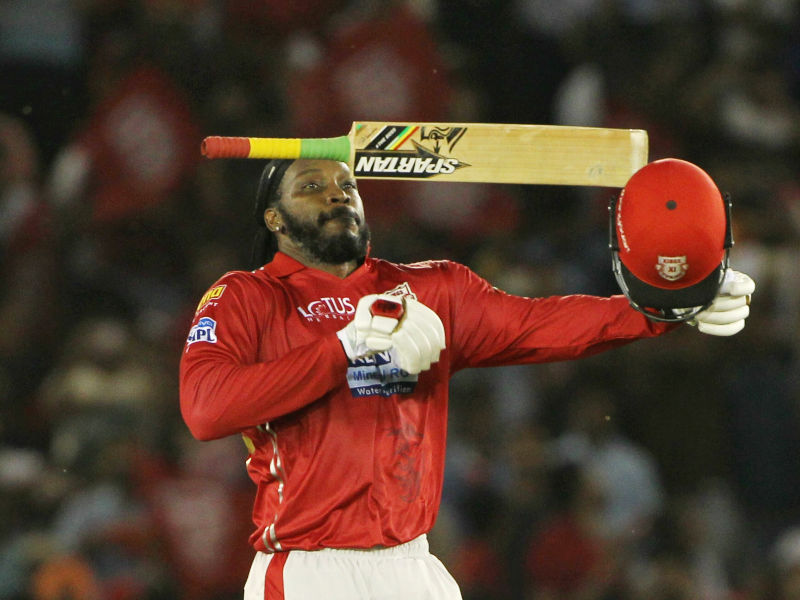 Earlier, Gayle struck a 63-ball 104, laced with 11 sixes and a boundary to set the jam-packed stadium on fire. Opting to bat, Punjab started on a cautious note as openers Lokesh Rahul (18) and Gayle stitched a 53-run partnership for the opening wicket. Afghan leg-spinner Rashid Khan drew first blood for Hyderabad, dismissing Rahul in the eighth over. Credit: IANS
4 of 7 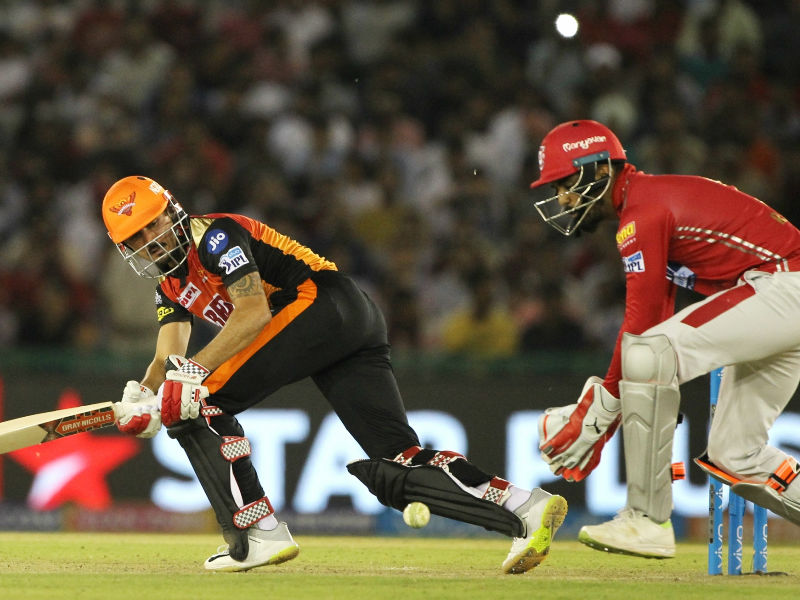 Medium pacer Siddarth Kaul provided another jolt to the hosts, packing back incoming batsman Mayank Agarwal (18) in the 11th over. Gayle was then joined by Karun Nair (31 off 21 balls; 4x3, 6x1) and the duo shared a 85-run partnership for the third wicket, taking Punjab past the 150 run mark. Credit: IANS
5 of 7 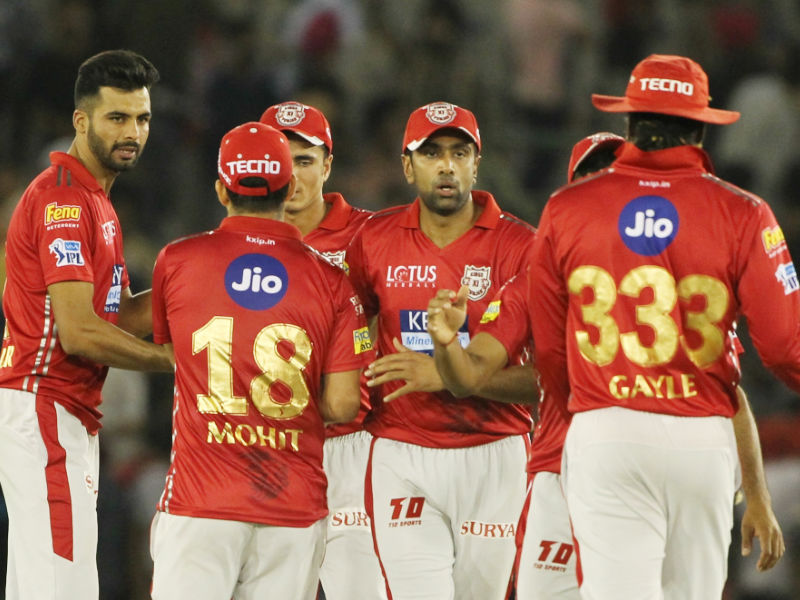 By then, Gayle had brought up his sixth IPL ton in just 58 deliveries, with a squeezy drive to point off Kaul and thereafter unleashing his trademark 'Baby in the arms' celebration. Pacer Bhuvneshwar Kumar got rid-off Nair in the 18th over but Gayle continued to hammer every Hyderabad bowler. Credit: IANS
6 of 7 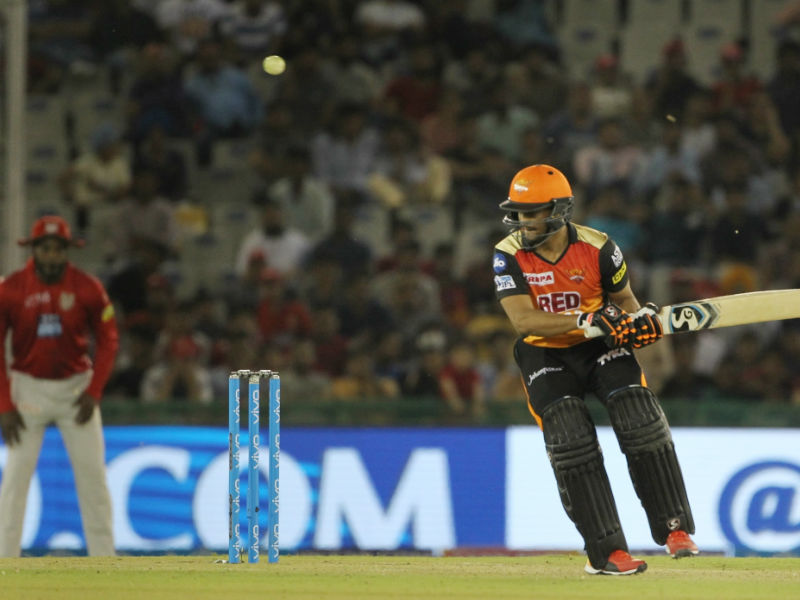 Australian Aaron Finch's 14 not out off 6 balls in the final moments propelled Punjab to a massive total even as Gayle remained a spectator at the other end. For Hyderabad, Bhuvneshwar, Rashid and Kaul bagged one wicket apiece. Credit: IANS
7 of 7 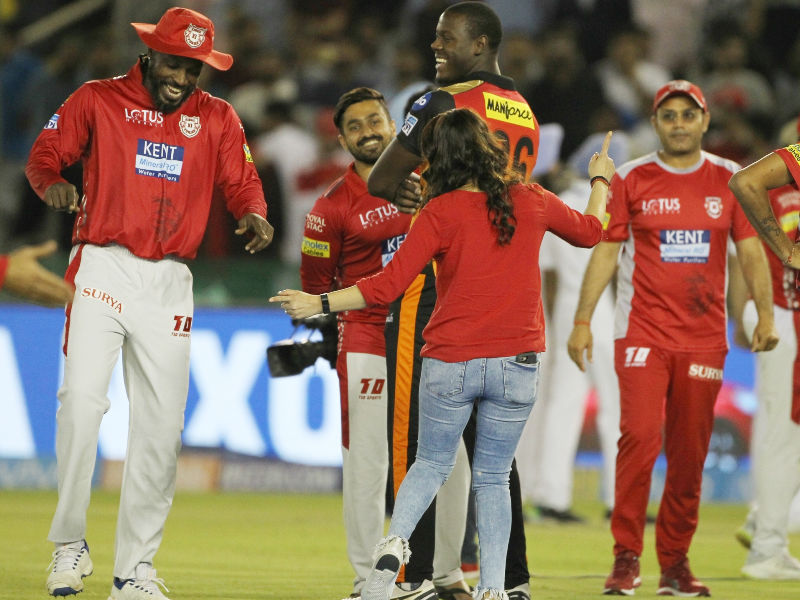 IPL 2022: KKR vs LSG live-stream, squad, timings and everything you need to know about today's match
Advertisement
Latest Gallery