India vs West Indies 3rd T20I: Shikhar Dhawan, Rishabh Pant take Ind to victory, series win A brilliant batting display from Shikhar Dhawan (92) and Rishabh Pant (58) helped India edge past West Indies by six wickets in a last ball thriller in the final match of the Twenty20 International series on Sunday. With this win, India completed a whitewash in the three-match series. After two quick wickets, Dhawan and Pant batted well and put India on the brink of victory but Pant's wicket in the penultimate over changed the scenario of the match and the game went to the last over. Needing five runs in seven balls, Dhawan and Manish Pandey scored four runs in first three balls but then a dot ball and Dhawan's wicket made the match interesting which could have been finished much earlier. Needing one run in one ball, Manish, who seemed out of sorts in the middle, somehow managed to steal a run to hand India a victory. Credit: IANS
2 of 5

India vs West Indies 3rd T20I: Shikhar Dhawan, Rishabh Pant take Ind to victory, series win Chasing a challenging score of 182, India started on a bad note, losing opener Rohit Sharma (4) in the third over. New batsman Lokesh Rahul (17) then came in the middle and displayed some brilliant shots but soon he was also dismissed by Oshane Thomas in the sixth over. With the scoreboard reading 45/2, Dhawan (92) and Pant (58) took the charge and hammered the Windies' bowlers all around the park to forge a 130-run partnership. In the process, the duo completed their respective half centuries. But just when it seemed India will finish off the proceedings in style, Pant was dismissed in the 19th over. New batsman Pandey then struggled at the crease but at the end, India managed to steal the game in the last ball. Earlier, a good batting show helped West Indies post a challenging total of 181/3. Credit: Twitter/BCCI
Advertisement1
3 of 5 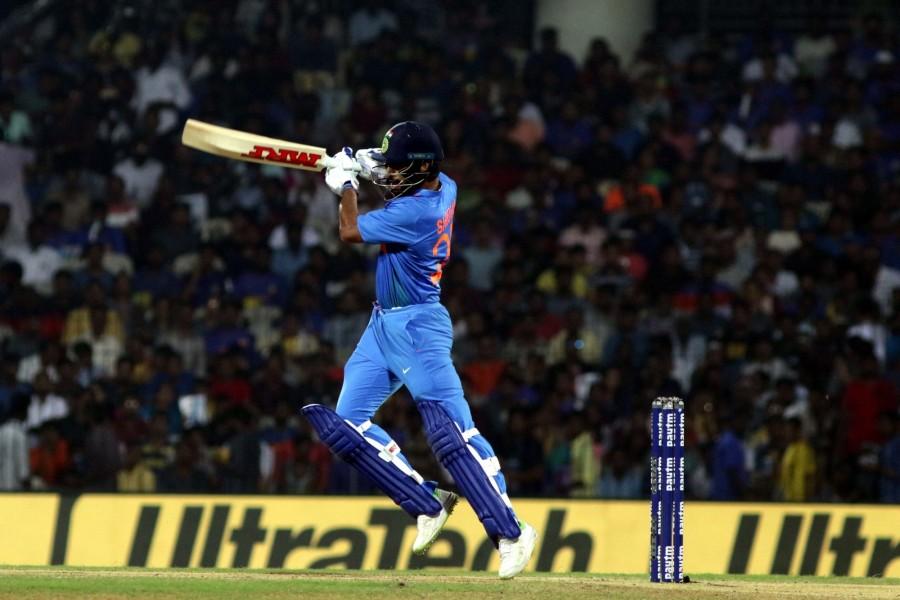 India vs West Indies 3rd T20I: Shikhar Dhawan, Rishabh Pant take Ind to victory, series win The visitors applied themselves perfectly and made sure they did not loose wickets till the end which saw middle-order batsmen Darren Bravo (43 not out) and Nicholas Pooran (53 not out) taking the charge towards the end, helping their team to post a decent score. Opting to bat, openers Shai Hope (24) and Shimron Hetmyer (26) started the proceedings on a good note, forging a 51-run partnership in six overs. But while trying to accelerate the score, Hope was dismissed by Yuzvendra Chahal in the seventh over. After adding 11 more runs to the total with Bravo, Hetmyer was also sent packing by Chahal. Despite two quick wickets, Bravo kept on playing sensibly with Denesh Ramdin (15). Just when things seemed good in the middle, Ramdin played a poor shot and was clean bowled by Washington Sundar in the 13th over when the scoreboard was reading 94/3.
4 of 5 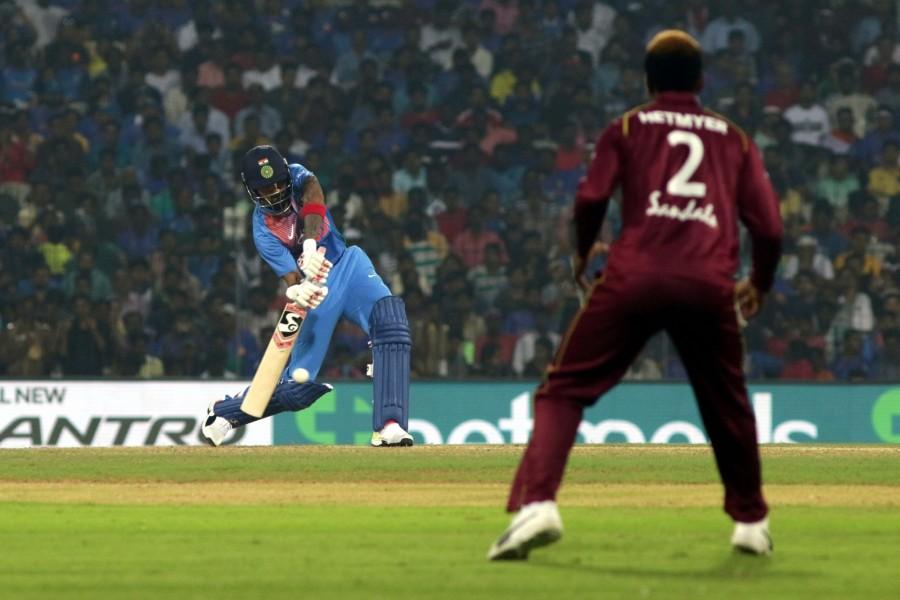 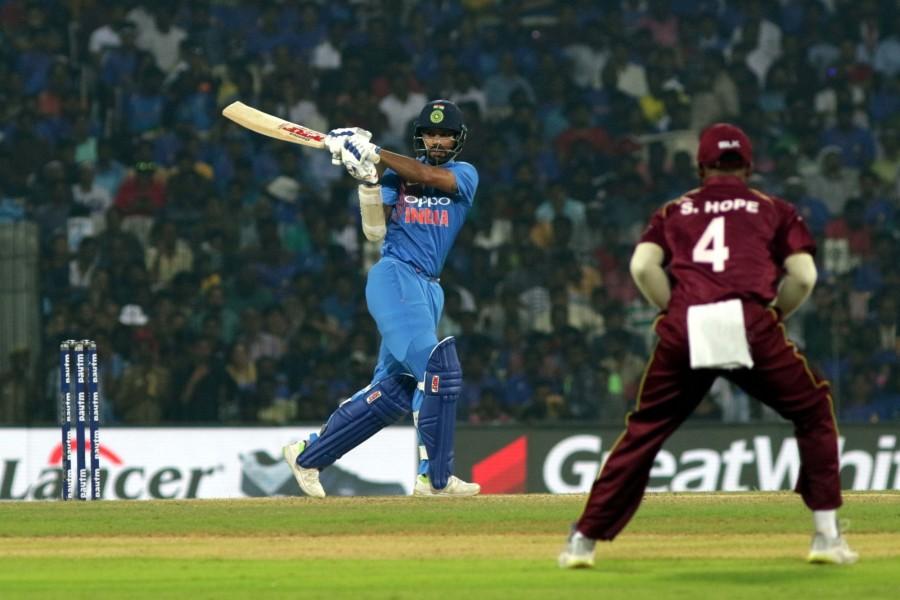