Chasing an improbable 410, a defiant Sri Lanka rode on Dhananjaya de Silva's third Test century and debutant Roshen Silva's unbeaten half century to score 299/5, before both the captains decided to shake hands with seven overs to go before the mandatory close of play. Roshen remained unbeaten on 74 while stumper Niroshan Dickwella was on 44 when the match ended. With this, India clinched the three-Test rubber against the islanders 1-0 and also equalled Australia's record of nine consecutive Test series wins from 2005-2008. Credit: IANS
2 of 5

India drew the first Test in Kolkata before thrashing the visitors by an innings and 239 runs in the second game at Nagpur. The first four days of the Kotla Test also witnessed a few disruptions with the Sri Lankan players wearing anti-pollution masks to protect themselves against the high pollution level in the national capital. Resuming from Tuesday's score of 31/3, the visitors lost the wicket of Angelo Mathews in the sixth over of the day before skipper Dinesh Chandimal (36) and de Silva took the team to a comfortable 119/4 at lunch. Credit: IANS
Advertisement1
3 of 5 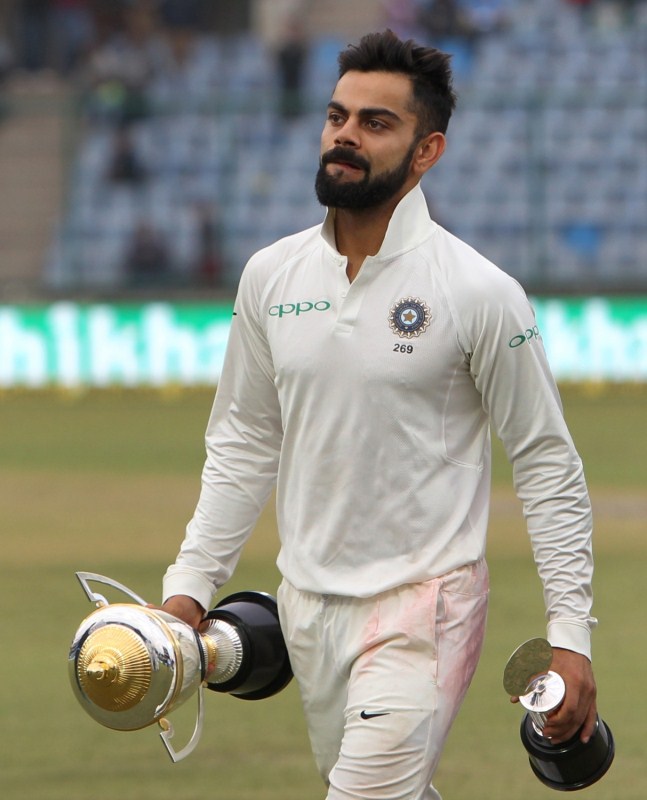 Mathews, whose 111 played a big part in Sri Lanka's first innings total of 373, perished to a thick edge off Jadeja as Ajinkya Rahane completed an excellent catch at slip. The right-handed duo of de Silva and Chandimal continued to frustrate the Indian bowlers as the fifth wicket partnership flourished to 112 runs before off-spinner Ravichandran Ashwin packed back the visiting captain with a beauty. Chandimal, who consumed 90 deliveries and struck two boundaries, attempted to whip Ashwin's tossed up delivery through mid-wicket but the ball sneaked through the gap between bat and pad to hit the stumps. Credit: IANS
4 of 5 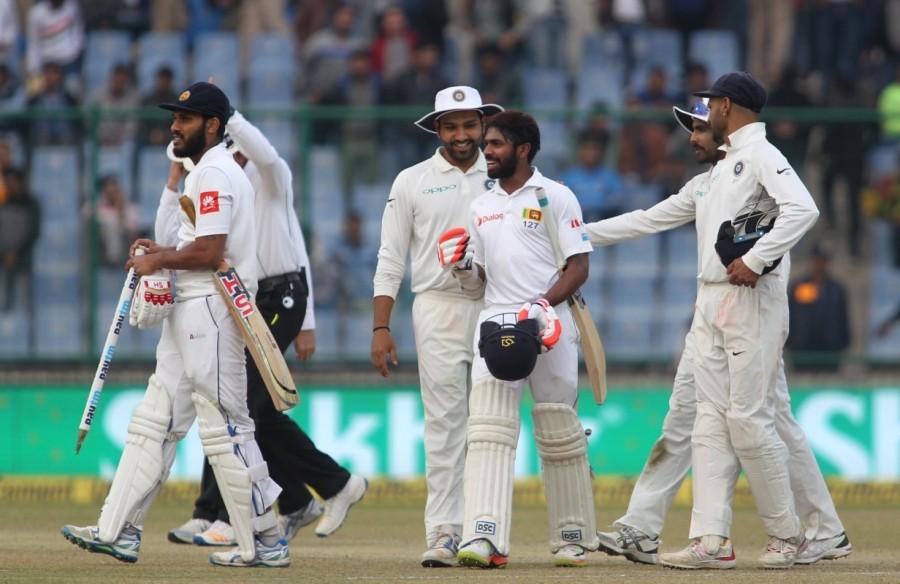 Despite losing his partners, the 26-year-old de Silva battled a glute muscle injury to complete his career's third Test century from 188 balls and later added an unbeaten 58-run stand for the sixth wicket in the company of Roshen. The centurion was however, forced to walk off just before the tea break which saw stumper Niroshan Dickwella joining Roshen in the middle. Roshen, who got a duck in the first innings made up for his flop show, showing great maturity to bring up his maiden half century off 105 balls. Dickwella, at the other end played his aggressive natural game, slamming six boundaries in his 66-ball unbeaten knock. Credit: IANS
5 of 5 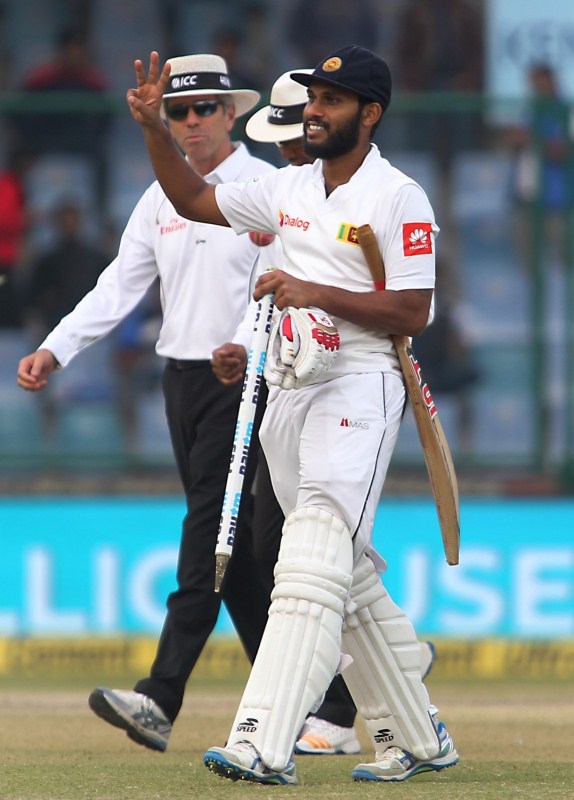 India, meanwhile had their slices of bad luck in the middle when Ashwin missed a tough caught and bowled chance from de Silva and wicketkeeper Wriddhiman Saha missed a regulation stumping of Dickwella off left-arm spinner Ravindra Jadeja. For the hosts, Jadeja emerged the pick of the bowlers with figures of 3/83 while Ashwin and pacer Mohammed Shami picked up one wicket apiece. The Indian captain was adjudged the Man-of-the-Match as well as the Player-of-the-Series for his excellent run with the willow. Credit: IANS
Advertisement
Related Articles